Chambersburg becomes the first municipality to repeal a non-discrimination law

The repeal passed by a 7-3 vote 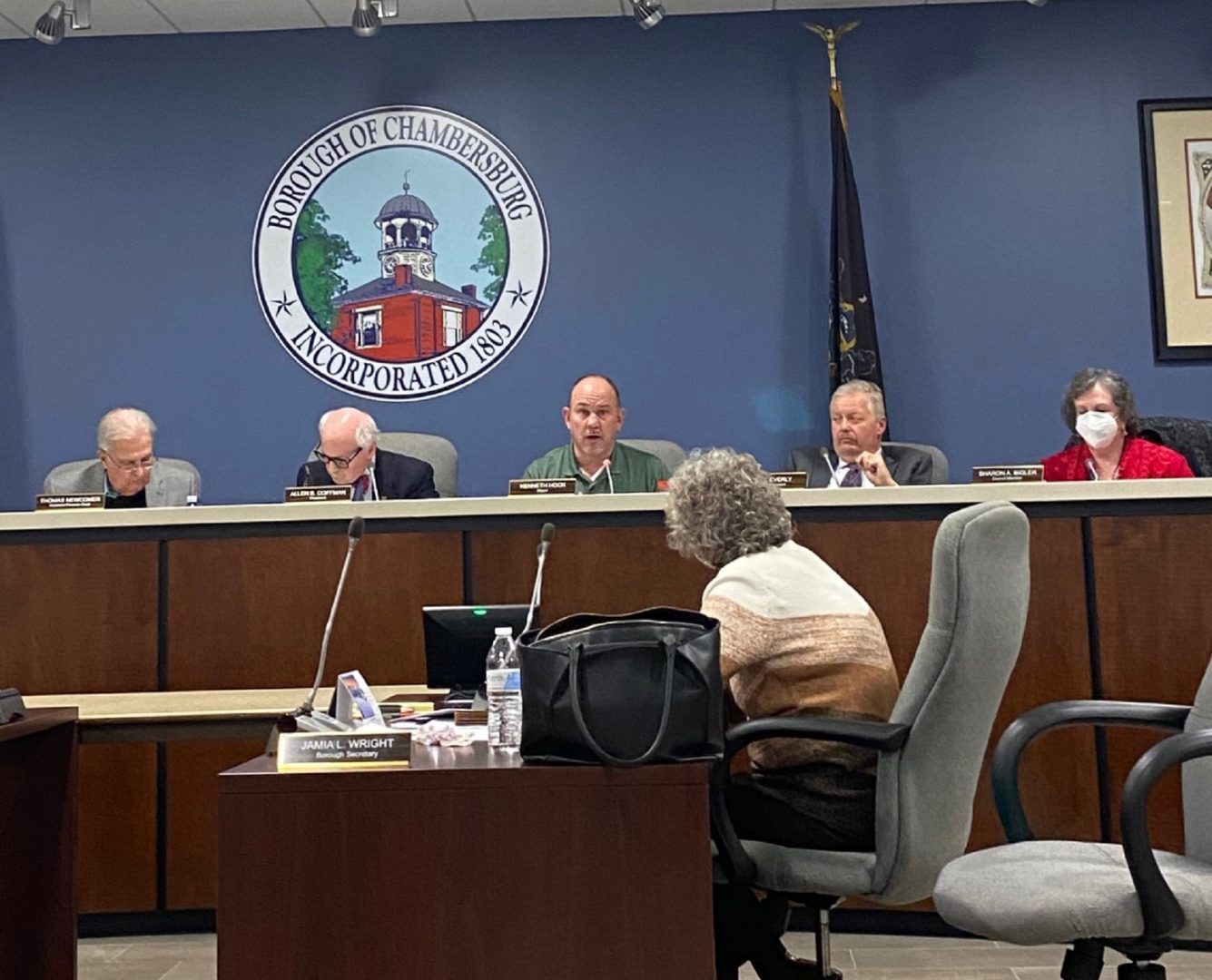 (Chambersburg) — Chambersburg Borough became the first municipality in Pennsylvania to repeal a non-discriminations ordinance that would have protected certain groups of people from discrimination.

The repeal passed by a 7-3 vote Monday night with all Republicans voting for repeal and Democrats voting to keep the ordinance.

“This to me is one place we shouldn’t get involved,” Coffman said. “Let’s not get complicated in the bureaucracy of this. Why wouldn’t the courts handle it and why wouldn’t HRC in Harrisburg handle it. That’s what they’re set up to do.”

The law, which was adopted in the fall, would have extended protections for gay, transgender or genderqueer people in employment, housing and public accommodations. It would have covered others, such as veterans, who aren’t named in state anti-discrimination law.

More than 50 people spoke against doing away with the ordinance, and six people spoke in favor of the repeal during the three hour meeting.

Among the people who spoke in favor of the law were teachers, mental health providers, pastors and business owners.

Dawn Abraham helps run an LGBTQ youth group at Chambersburg Area Senior High School and said the ordinance was needed in the community.

“Our LGBTQ+ community here in Chambersburg is growing exponentially and the community feelings at the high school are getting worse,” Abraham said. “Our kids are reporting that they’re getting bullied, pushed off the stairs, barked at.”

“Unfortunately, as much as this town needs this group, people are not comfortable coming to our group, because they are afraid of what could happen and who could show up.

“We are begging for you not to repeal this because we need this safety, and if you do this, you weren’t elected  to protect our community then,” she said.

Others said they were concerned about how eliminating the ordinance would impact their businesses. Kendra Matusiak, owner of a furniture store called REmix Design, said she sells about 33 percent of her merchandise to non-local customers.

“Your decision tonight, we’ll make state and national news. I do not want my non-local customers to see where my business is located and not want to support my work,” Matusiak said.

There were a handful of people who spoke against the law during the public comment section.

Some members of religious  congregations said the ordinance would infringe on their religious freedom. One of them was Adam Meredith from Antrim Brethren In Christ Church.

The ordinance that was adopted last fall included exemptions for religious organizations.

Councilmember Alice Elia mentioned that emails with misinformation were sent out days before Monday’s meeting, some of which sowed fears regarding transgender people accessing bathrooms.

“All of those things are incorrect, and they are not true,” Elia said.

Chambersburg Mayor Kenneth Hock said he won’t veto the repeal. Instead, he issued a proclamation against discrimination in the borough. Unlike the ordinance, a proclamation would not include a mediation process through a human relations commission.

The ACLU of Pennsylvania released a statement before the meeting that called on council to leave the ordinance in place.

“The council members who support repeal are resisting the progress that we’ve made as a country and engaged in the worst kind of backlash politics,” executive director Reggie Shuford said in a statement. “They are sending the message that, in Chambersburg, certain people don’t matter and that discrimination will be tolerated. The ACLU of Pennsylvania stands with the good people of Chambersburg who believe their town should be welcoming to all.”

Before the vote, Gov. Tom Wolf called the council’s planned vote a “shameful leap backward” in a Tweet.

This is why we need statewide anti-discrimination protections for all LGBTQIA+ Pennsylvanians.

Our patchwork of local protections isn’t enough. We need the #PAFairnessAct. https://t.co/gcpNvjhczV

In a statement, the  Pennsylvania Human Relations Commission said discrimination complaints filed with a state are processed “on a case by case basis throughout the filing, investigation, and adjudication processes.”

“Local human relations commissions and PHRC Advisory Councils are vital to the mission of eradicating discrimination, and provide the grassroots efforts needed to keep a watchful eye on issues that arise in the community,” their statement read.