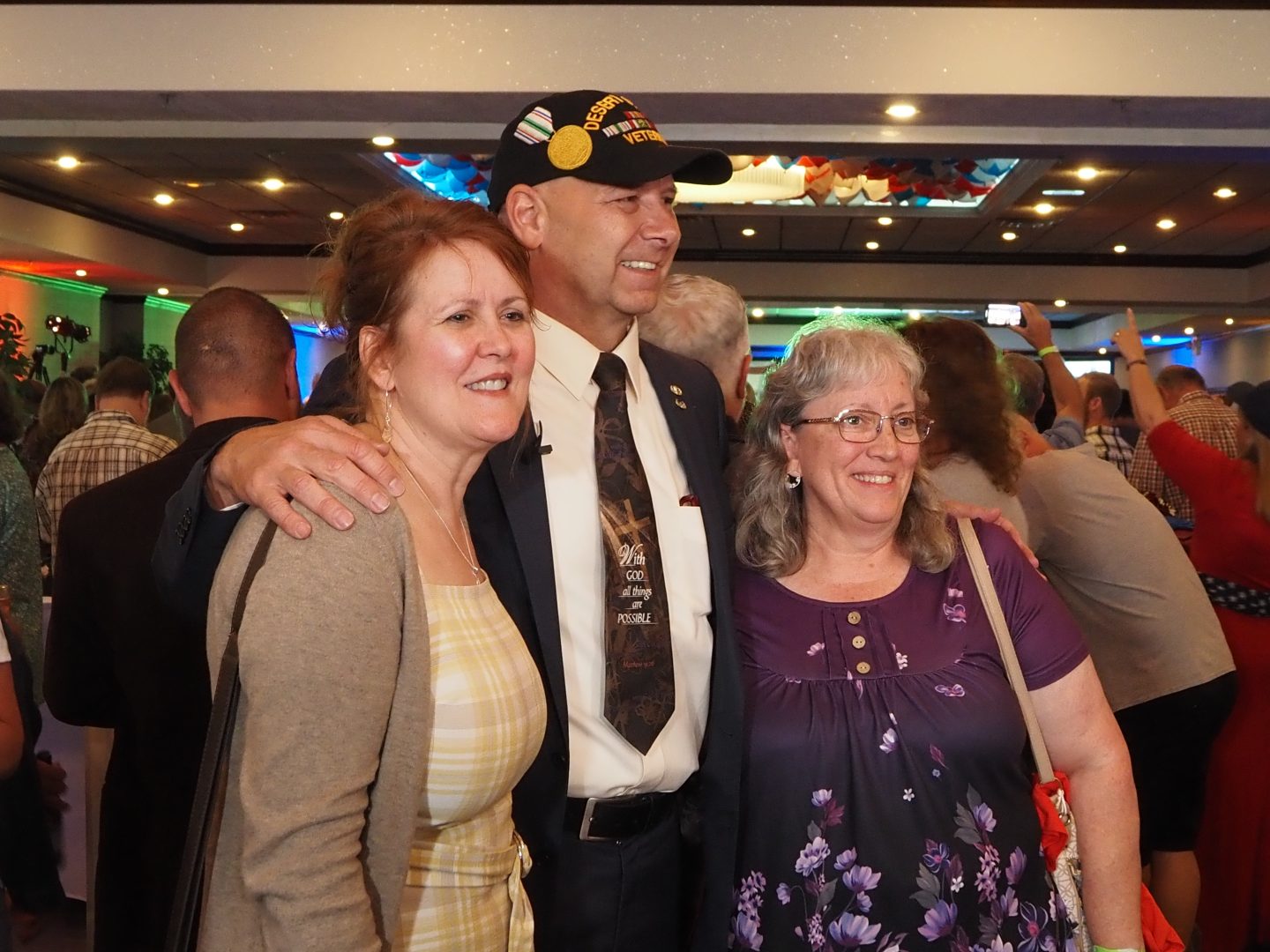 Pennsylvania state Sen. Doug Mastriano has emerged as the winner from a crowded Republican primary for governor, according to a race call from The Associated Press.

A retired Army colonel, Mastriano has risen to prominence espousing far-right views directly to a homegrown network of online supporters. He’s also known for his support of a lie that widespread election fraud led to former President Donald Trump’s loss in 2020. For that, Mastriano received Trump’s endorsement.

The lawmaker from south-central Pennsylvania campaigned using a mix of stand-by Republican positions like lowering taxes and publicly funding private schools, as well as more extreme stances on issues like abortion. Mastriano supports banning the procedure after six weeks and introduced a bill to that effect in the state Senate.

He will face Democratic Attorney General Josh Shapiro in the fall.

Videos sourced by online sleuths months after Jan. 6, 2021, showed the state senator marching alongside protestors past an abandoned police barricade near the U.S. Capitol. Mastriano released a statement shortly after the videos were released affirming his attendance at the rally for Trump and subsequent march to the U.S. Capitol that day, but insists he followed the law in doing so.

Mastriano is among the sitting lawmakers who have been subpoenaed by a U.S. House committee that is investigating the U.S. Capitol attack.

The lead that Mastriano commanded late in the race panicked Pennsylvania’s Republican party establishment, some of whom threw their support behind his nearest opponent: former U.S. Rep. Lou Barletta. Many hinted they believe Mastriano’s views would not be palatable to voters in competitive areas, like southeastern Pennsylvania.

At a rally over the weekend that press were barred from entering, Mastriano joked with supporters that “the Swamp is slapping us around,” and called those establishment figures “stupid.”

Political observers have said Mastriano would likely have to moderate his positions in order to be successful statewide. Some, like state Republican party member Jezree Friend, point to President Trump’s narrow statewide win in 2016 – and slightly larger loss in 2020 – as proof.

Friend adds that Mastriano could have a shot at winning the governor’s mansion, as long as he keeps both his base and first-time voters engaged through what is likely to be a bruising summer and fall campaign.

“If they have this groundswell – kind of like what Trump was able to do – and they’re able to replicate it to a degree, does that overcome any of those that Mastriano gives a sour taste in their mouth for whatever reason?” Friend says.

On the Democratic side, Pennsylvania Attorney General Josh Shapiro has won his party’s nomination in an uncontested race. Shaprio, who handily won reelection to his post in 2020, has suggested for weeks that he prefers to face Mastriano in the coming months. In an attempt at reverse psychology, his campaign even paid for an anti-Mastriano ad in the days leading up to the primary that condemned the Republican’s opposition to no-excuse mail-in voting and support for a so-called “audit” of past election results.

Mastriano has so far dismissed any threat Shapiro might pose to his bid, and political observers like Friend say the Republican lawmaker may use Shapiro’s record in Gov. Wolf’s administration against him. Mastriano and other Republicans have tried to turn Wolf into a pariah for issuing emergency orders during the COVID-19 pandemic aimed at protecting public health and reducing hospital admissions.

“Even with his [nearly $18 million] war chest, [Shapiro] is still going to have the very difficult position of distancing himself from Wolf, which is going to be almost impossible,” Friend says.

Sen. Mastriano (R-Adams) are among the several dozen state lawmakers who signed a letter asking Congress to delay certifying Pennsylvania’s 2020 election result, despite no evidence that would call that result into question.