If Pa. Sen. Mastriano wants to be governor, he may have to moderate 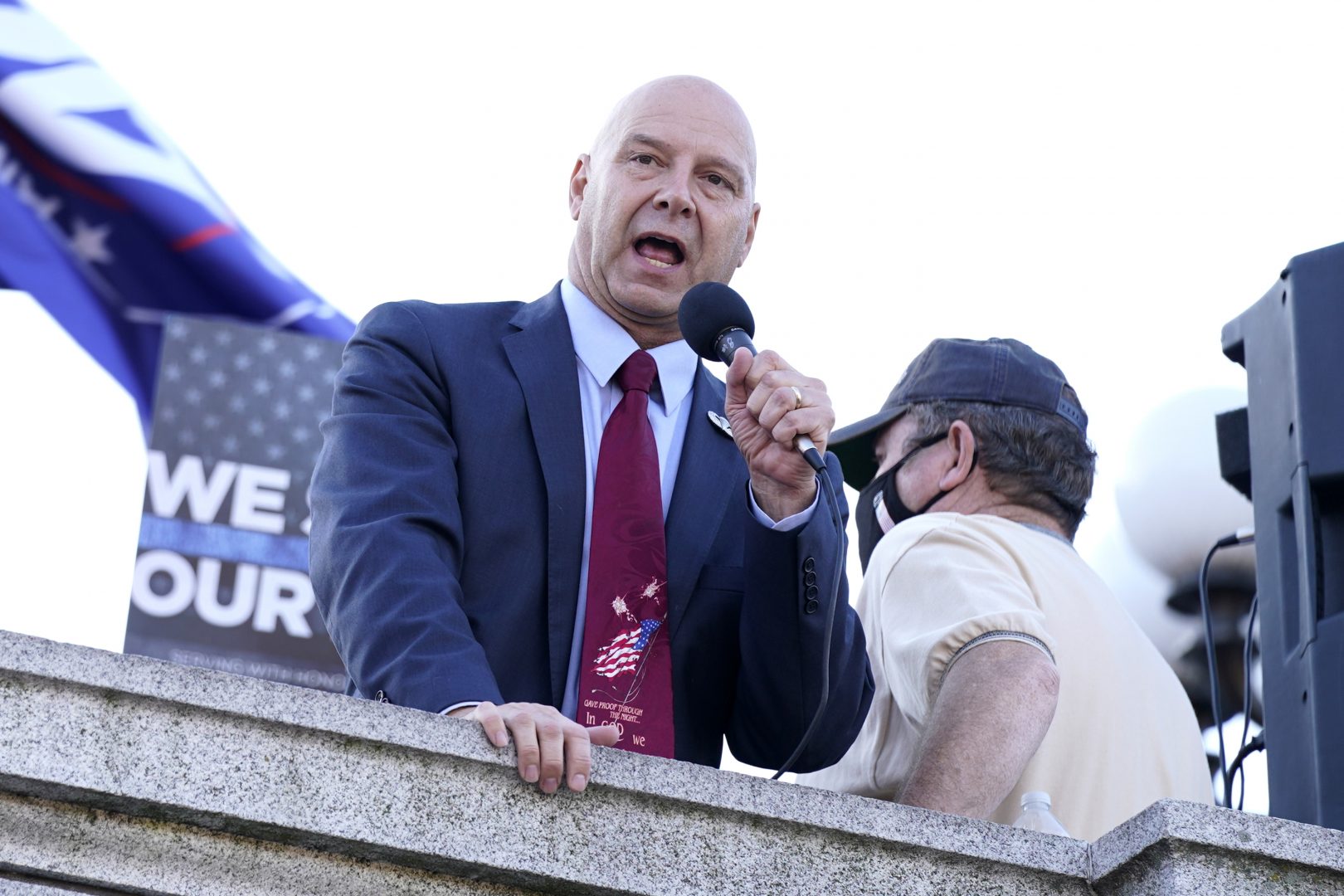 The Franklin County Republican, who’s publicly expressed interest in a bid for months, said Friday he’s putting together an exploratory committee to gauge his support among GOP voters. The group will then help him make a final decision on running.

Mastriano has made opposition to the state’s COVID-19 orders and false claims about the 2020 election central to his message to supporters in the last year-and-a-half, arguing the approach helps him stand out from an already-crowded field of Republican candidates.

“This is no time to settle for yet another politician when our freedoms and liberties are being stripped away. It is time for proven leadership,” Mastriano said in a statement.

The GOP senator is seen as a conservative firebrand among supporters, but has garnered his share of controversy.

His name has surfaced in the investigation by the U.S. House’s Select Committee on the January 6 Attack. Meanwhile the U.S. Senate Judiciary Committee wants to take a closer look at his role in events leading up to the insurrection.

Jezree Friend, a committee member of the Republican Party of Pennsylvania from Erie, said messaging disputing last year’s election may not be what primary voters want to hear.

“I think the Pa. GOP has shifted a bit from [wanting] the most conservative candidate possible to, ‘Who is the most electable?'” Friend said.

The state’s Democratic Party disagrees, arguing the opposite in a Friday statement.

“His [Mastriano’s] entry into the primary is the surest sign yet that Republicans are more interested in far-right litmus tests than addressing the challenges Pennsylvanians face every day,” Pennsylvania Democratic Party spokesperson Marisa Nahem said.

Internally, Friend said, state GOP leaders are wringing their hands over the growing field of gubernatorial candidates and may not formally endorse any of them.

Those who have formally announced their candidacies so far include:

The field is expected to grow even larger in the coming weeks. Delaware County businessman Dave White is expected to formally join the Republican primary race this weekend, while the Associated Press reports state Senate President Pro Tempore Jake Corman will be announcing Thursday.

To stand out from a crowd that includes more experienced politicians and state party heavy-hitters, Friend said Mastriano would have to moderate the more conservative parts of his platform.

“Pennsylvania is not majority Republican,” he said. “Mastriano’s going to have to be able to appeal to, you know, more than half the state that doesn’t see the world the way he does,” he said.

Whoever wins the party’s nomination in the spring primary will probably have to face Democratic state Attorney General Josh Shapiro, who faced voters statewide last fall and won re-election by more than 300,000 votes.

But after this week’s wins in several statewide judicial contests, Republicans may have strong political tailwinds. With some exceptions, the GOP has also historically won Pennsylvania’s governor’s mansion during years when a Democratic president is in power.

With just under a year until the General Election, Friend said the governor’s race is anyone’s to win or lose — which is why he said state party leaders are interested in a nominee who can win moderate corners of the state as well as deeply-red areas.

“They’re really trying to vet everything and make sure we don’t mess this up,” he said. “And I think Republican voters specifically should be encouraged that that’s what the leadership is looking to do.”

Both parties may also be competing under new state political boundaries by the spring. The five-member Legislative Reapportionment Commission has said it’s aiming to finish its once-in-a-decade redistricting process by the end of January.

Sen. Mastriano (R-Franklin) is among the several dozen state lawmakers who signed a letter asking Congress to delay certifying Pennsylvania’s 2020 election result, despite no evidence that would call that result into question.