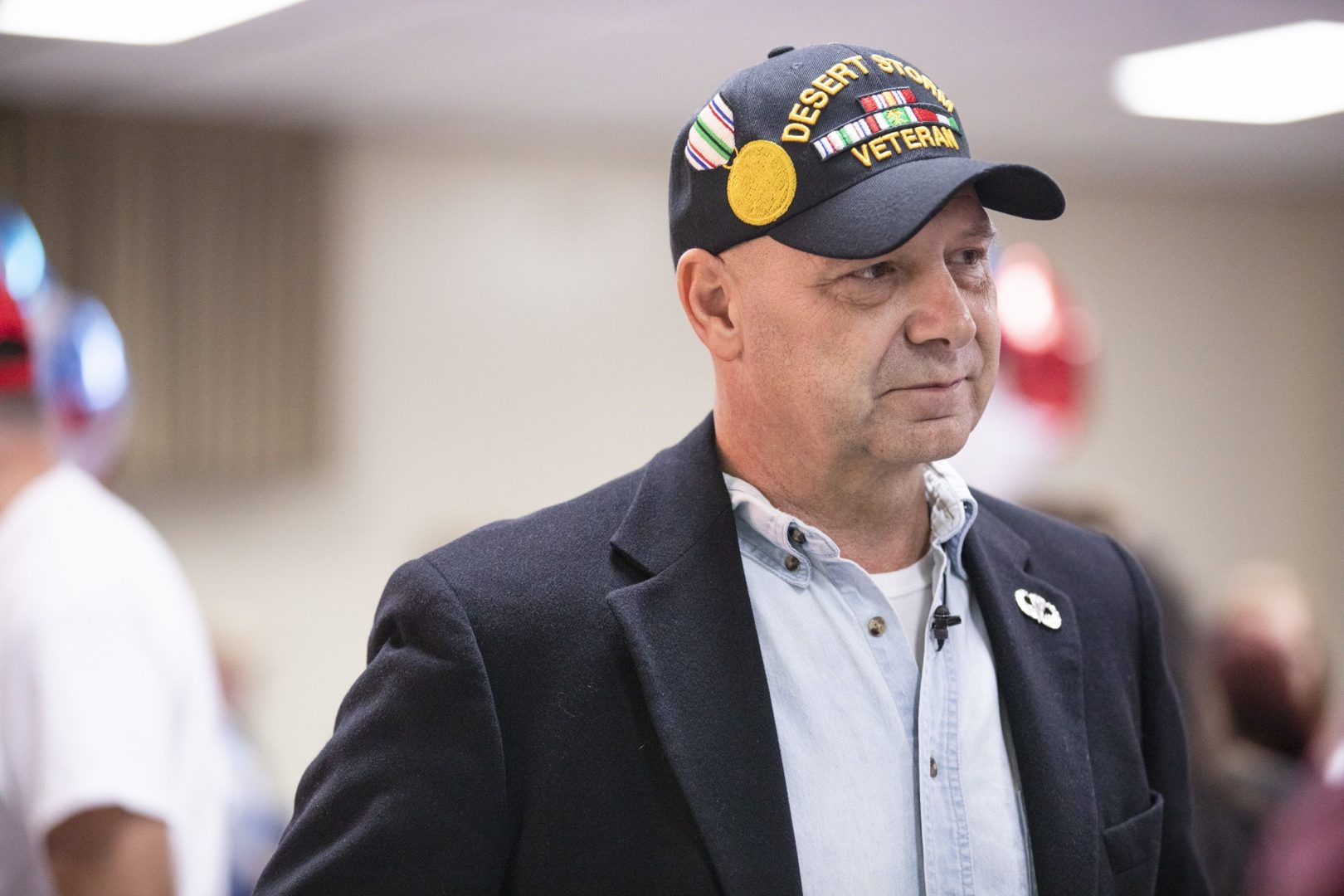 State Sen. Doug Mastriano is leading in polls of Pennsylvania’s Republican primary for governor, and just won an endorsement from Donald Trump. In the final days before the May 17 primary, he’s avoiding scrutiny.

On Saturday afternoon, Mastriano held a joint Bucks County event with fellow far-right candidate Kathy Barnette, who is running an insurgent campaign for the U.S. Senate and may be on track to win the GOP nomination in that race.

Billed as a “final campaign rally,” was slated to feature speeches from both candidates, and from former Trump legal counsel Jenna Ellis. At the door of the event, which was held at the Fuge in Warminster, Mastriano’s campaign barred reporters from entering.

One reporter who managed to get inside posted on Twitter that Mastriano had spent time taunting the GOP establishment for being unable to stall his rise in the primary. “The swamp is slapping us around,” he said, according to the reporter. “These people are so stupid. Just dumb.”

This isn’t the first time the candidates have balked at mainstream press coverage. At a Thursday event, also in Bucks County, Barnette’s campaign suddenly kicked reporters out of a fire hall ahead of her speech. A CNN crew dodged a Mastriano media ban at a Fayette County event by booking a hotel room and filming from the balcony. According to the Philadelphia Inquirer, the campaign has begun printing out photos of journalists so it can stop them at the door.

Mastriano, 58, has a PhD in history and was a career U.S. Army officer. Soon after his retirement, he mounted an unsuccessful run for Congress, then followed it up with a successful bid for state Senate.

Many of his views are common in the Republican Party — he wants lower taxes, loose gun laws, fewer regulations, no statewide pandemic-related rules, public funding for kids to attend private and charter schools, and more energy extraction.

But throughout his political career, Mastriano has always taken extreme positions. He supports a total ban on abortion — no exceptions for rape, incest, or a situation in which a mother might die — and he has been specifically, notably obsessed with baseless theories that the 2020 election was rife with fraud. He funded buses to the Jan. 6 insurrection in Washington, DC, then appeared to make misleading statements about how close he was to the day’s violence. 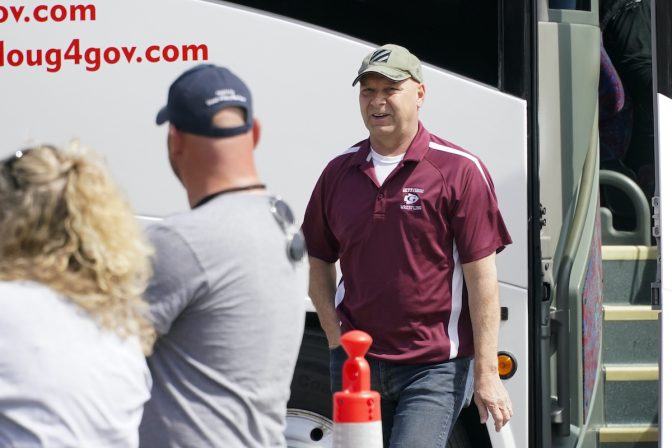 The congressional committee investigating the events of Jan. 6 has subpoenaed Mastriano, but he didn’t appear for a deposition in March.

Mastriano is also a devout Christian, and the idea that his political career is the work of God has permeated his campaign.

At a far-right Christian event in Gettysburg, organized by QAnon conspiracy theorists, the Inquirer reported that Mastriano described his work to find election fraud as leading to “persecution and oppression” and a feeling that the U.S. “had become such a dark evil place.”

“We have the power of God with us,” he said in a speech at the event. “We have Jesus Christ that we’re serving here. He’s guiding and directing our steps.”

As Mastriano reportedly noted during the rally, GOP insiders have been expressing concern — sometimes publicly — that he and Barnette are too extreme to win the general election.

Republicans mounted a late attempt to consolidate support in the governor race around former congressman Lou Barletta, who is closest to Mastriano in polls. Sen. Jake Corman and former congresswoman Melissa Hart both dropped out of the race to endorse Barletta — but made the move less than a week before the election, when voters had already begun casting ballots by mail.

Trump tried to deflate Barnette, issuing a statement calling her “unvetted” and risky. But he took a different approach with Mastriano. In his endorsement, Trump said there is “no one in Pennsylvania who has done more, or fought harder, for Election Integrity than State Senator Doug Mastriano.”

Mastriano “has been with me right from the beginning, and now I have an obligation to be with him,” Trump wrote.

It’s unclear how many people attended Mastriano and Barnette’s rally in Bucks County, or what the candidates said.

Members of the media were confined to the parking lot by a group of men who refused to identify themselves — one of whom was dressed in a Revolutionary War era costume.

The owner of the venue, Samuel Cravero, eventually emerged and confirmed that the security guards worked for Mastriano’s campaign, and that the venue had given the campaign sole authority to refuse people entry.

Guards threatened to call the police if reporters didn’t stop trying to cover the event.

What do we know about Pennsylvania U.S. Senate candidate John Fetterman's diagnosis?