The warehouse complex would serve growing demand for online shopping. Residents voice concerns over environmental impact, safety and added traffic to the area.

(Swatara Township)— To a packed room, Debra Noles played a video she shot from her porch: A linehaul truck, clogging up traffic as its driver struggles to back it up on the busy road.

“And that happens all the time,” she said.

Noles was one of approximately 150 people at the Swatara Township municipal building Wednesday night for public comment on a plan to build four warehouses across 165 acres of land.

The warehouse plan would require developing one of the township’s few remaining patches of greenspace south of 322, a corridor of commuters, trailer trucks and people headed to area attractions like Hershey Park and the Tanger retail outlets.

To the people who spoke at the meeting, the woods that would be replaced provide a vital buffer from the road, a sponge for rainwater and part of what makes that neighborhood a good place to raise children.

To CRG Integrated Real Estate Solutions, the property is an ideal location for a 1.1 million square foot complex where about 400 workers would repackage and ship everyday consumer products.

To do that, the Conshohocken-based corporation, a subsidiary of another company in St. Louis, is seeking a conditional use permit from the township board. 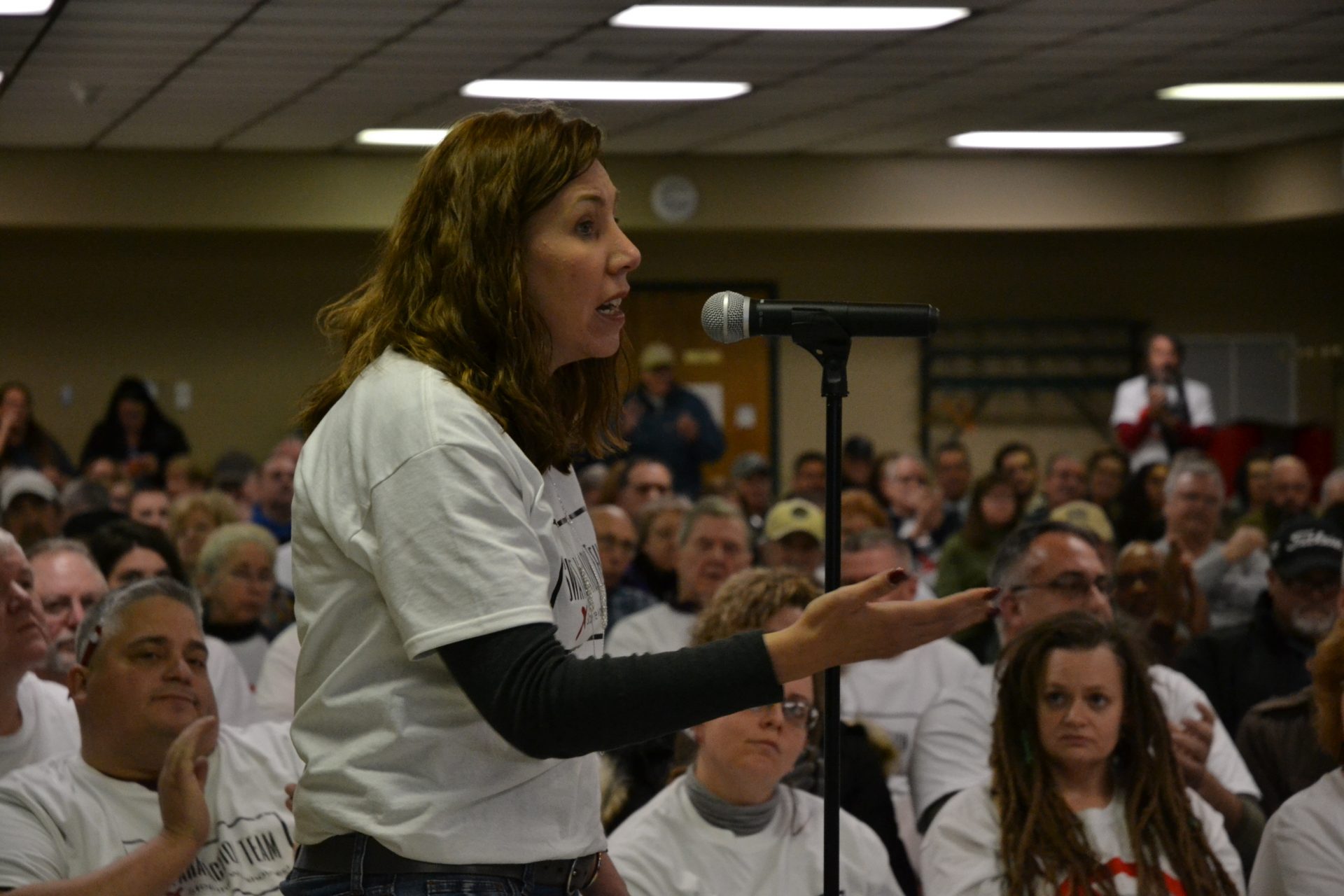 Marlena Seguin of Swatara Township gives public comment at a meeting to consider whether to allow a company to build four warehouses nearby.

Residents opposed to the development have formed the Swatara Action Team. They wear T-shirts bearing an image of a warehouse crossed out by the universal symbol for NO.

The region has seen a surge in warehouse construction in recent years. The warehouses have added jobs and tax revenue, but they also come with costs, Epstein said.

“I think this is the foremost environmental challenge in the region. We are ground zero for warehouse expansion. That comes with consequences,” he said. 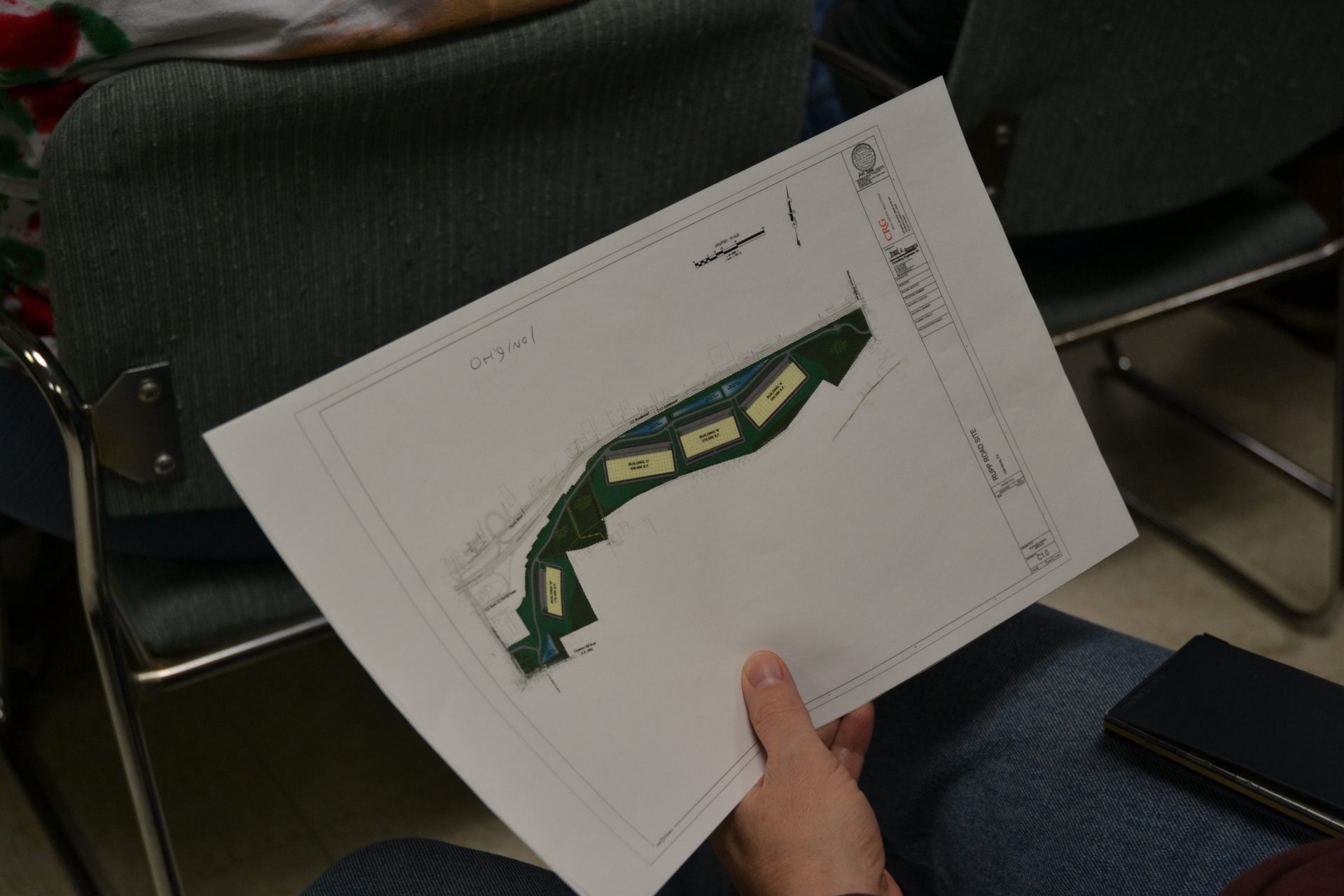 A Swatara Township resident looks at the proposed site of four warehouses between Penhar and Mushroom Hill Road.

He said CRG’s three-page application for a conditional use permit was “threadbare” and failed to provide information such as a traffic study, land development plan and a look at environmental impact and potential hazards.

CRG Senior Vice President Frank Petkunas said many of those details will come out during what he described as a “long, arduous process” that he’s presided over many times.

Petkunas said he’s helped develop warehouses all over the state—including an ongoing project in East Manchester Township, York County. He said the growth is fueled by consumer demand. 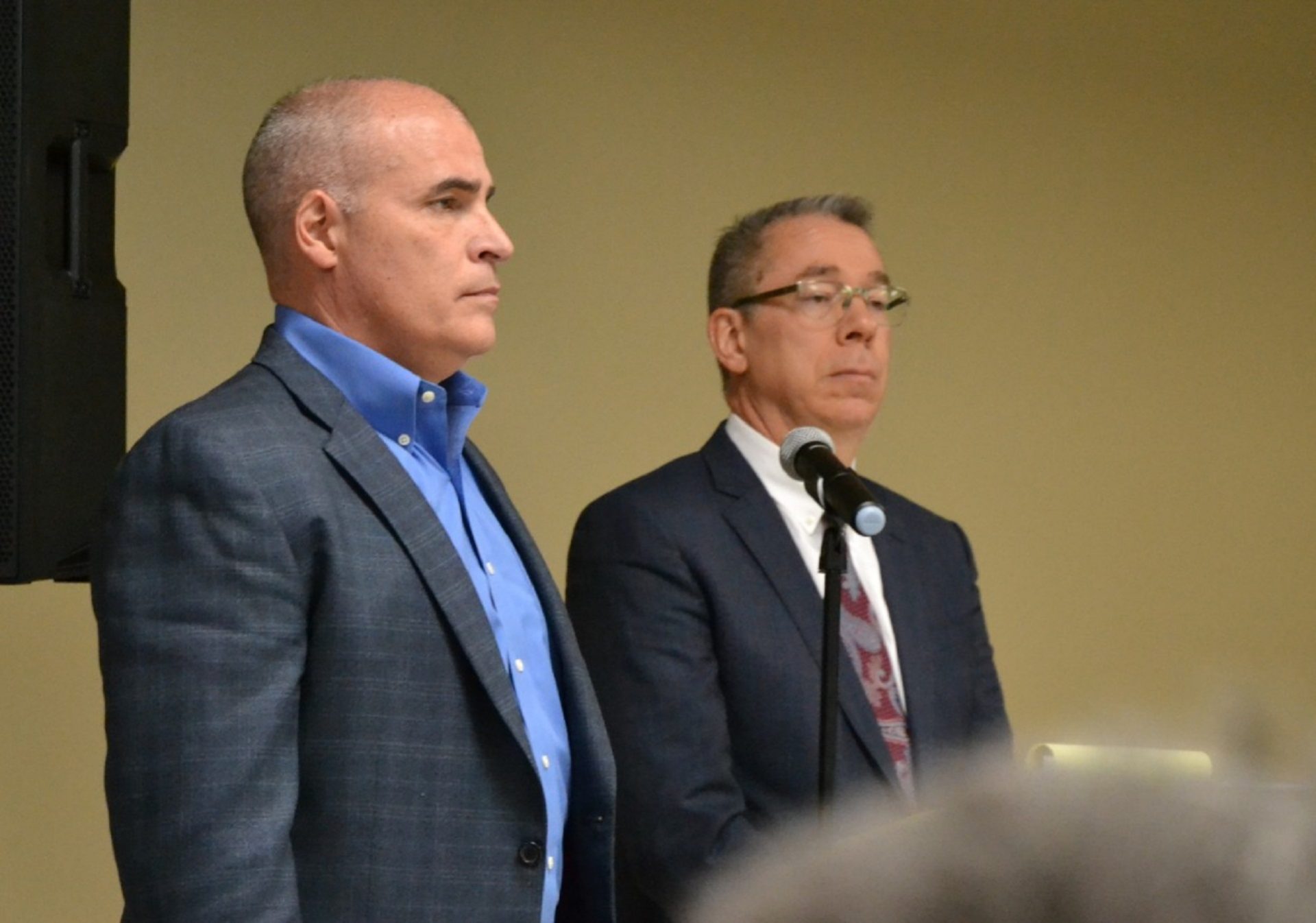 It’s not unheard of for local advocacy to win out over business interests—Camp Hill residents recently succeeded in barring a Chik-Fil-A from opening in their neighborhood. But Epstein’s recommendations already plan for the possibility that the warehouse plan will be approved.

He laid out 10 recommendations he wants the township board to require CRG to follow prior to granting a conditional use permit. Those include limits to the warehouse’s daily operations, hazardous waste and environmental regulations, the construction of stormwater drains and traffic restrictions.

After the two-hour meeting, the Swatara Township board tabled the vote, with another meeting set for Jan. 15.