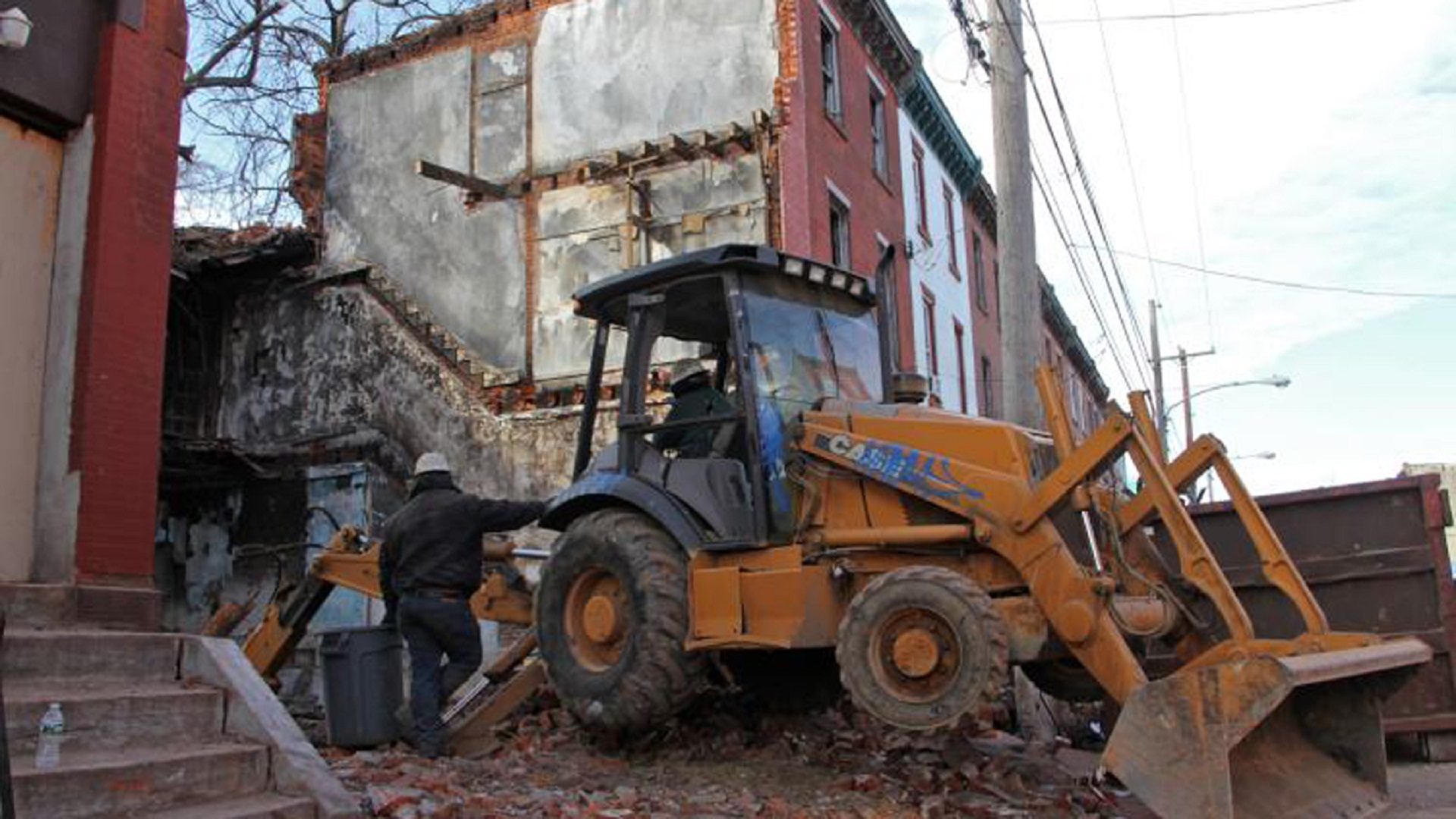 (Philadelphia) — Philadelphia real estate developers sought to tear down more buildings in 2019 than any other year on recent record.

With two weeks left in the year, records from the Department of Licenses & Inspections showed 543 demolition permits had been issued to private developers over the past year. That’s up from 514 in 2018 and more than any year since 2007, which is as far back as L&I has digitized its permit records.

City government, which is charged with preemptively tearing down neglected structures, requested another 398 permits in 2019, bringing the wrecking ball total to 941.

“As the resurgence of the city grows and more and more people want to live in the city, that effect starts to bleed out into neighborhoods where there had been…vacant buildings for years if not decades,” Gibson said. “They’re either getting torn down or, if the infrastructure is still good, getting turned into something creative or different.”

The total number of demolitions increased slightly compared to last year, when 936 buildings were torn down. A more remarkable contrast comes from looking at the trending role of private developers. Before 2009, blight reduction efforts by the city constituted much of the demolition happening. But over the last decade, developers have eclipsed municipal government as the primary force where tear-downs are concerned, with a 255% uptick in private-sector demo permits since 2009.

Local preservationists, like Faye Anderson, viewed these figures in a darker light in a year that saw the wrecking ball hit part of Jewelers Row and a Frank Furness-designed church. She said the city’s failure to comprehensively survey and nominate historic structures meant that the increased pace of demolition was leading to a probable loss of cultural heritage.

“In the absence of a citywide survey of historic properties, we don’t know what they’re tearing down,” said Anderson, who has waged a campaign called “Disappearing Blackness” that aims to draw attention to the destruction of African American historic sites around the city.

Only 3% of all buildings in Philadelphia are historically certified. Anderson pointed to the destruction of the former Wharton Center buildings, one of the city’s first social service providers for Black Philadelphians, as another example. Although the site had a lengthy history, it had never been certified and the structure was demolished earlier this year by a developer. The site is currently vacant.

Although Mayor Jim Kenney launched a new initiative to catalog and save more historic structures this year, Anderson said she still did not believe city officials had made preservation a priority.

“It can be fixed but you have to have leadership,” she said. “You have to have a mayor willing to put the resources into preserving the city’s heritage. Otherwise developers will do whatever they want to do.”

Would legal weed really bring in half a billion dollars a year? Doing the math on marijuana taxes