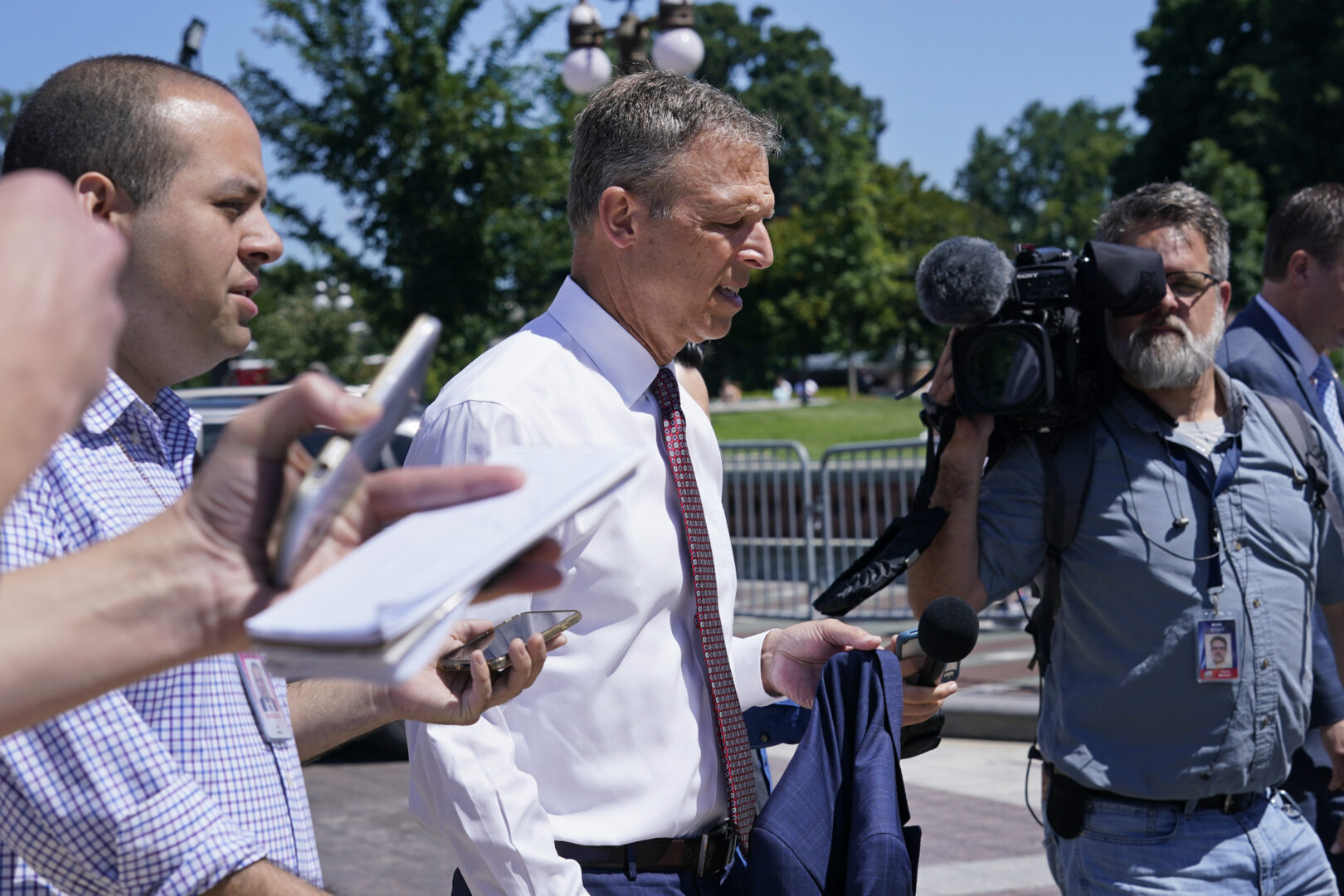 Midstate congressman Scott Perry, a focus of the Jan. 6 committee for his role in attempts to overturn the 2020 election, recently had his phone seized by the FBI as part of an investigation.

Perry is now saying that the Department of Justice is corrupt and described their actions as “tyrannies” — without citing any evidence to support his claims.

He hasn’t been charged with a crime, and he said the DOJ told his lawyers he wasn’t the subject of the investigation that involved his cell phone.

Perry was named as a person of interest by the House January 6th committee because he connected former President Trump with an ex-DOJ lawyer who vowed to help Trump’s efforts to stay in power despite losing the election.

His latest rhetoric echoes that of other Republicans, including House minority leader Kevin McCarthy, who object to the investigation into the attack on the U.S. Capitol by Trump supporters on Jan. 6, 2021, as well as to the seizure of top secret, national defense-related documents from Trump’s Florida home Aug. 8. The justice department is investigating whether Trump or others violated the Espionage Act by having those documents at Mar-a-Lago.

One caller asked what Perry would do if Republicans won the U.S. House this fall, adding that something “needs to be done” about the FBI.

Perry said he’d push for Republican Ohio congressman and Trump loyalist Jim Jordan to lead an investigation into the DOJ over its work trying to figure out who’s culpable for the Jan. 6 attack.

“[Attorney General] Merrick Garland and [FBI Director] Christopher Wray, they can clear their schedule because they’re going to spend a lot of time in front of the Judiciary Committee answering questions to justify the actions they’ve taken, not only on… the former President of the United States,” Perry said, “but on average everyday citizens that they have imposed themselves upon.”

Perry did not give any examples to back up his claim.

Instead, he characterized the FBI’s investigation as politically motivated corruption, speculating that even if a Jordan-led committee recommended charges, they wouldn’t go anywhere.

“Unfortunately, those charges would go to the Department of Justice and that’s unfortunately where we might see the partisan divide take place and again failure to receive any accountability for what has happened,” Perry said.

Perry provided no proof to support his claims of political bias in the DOJ.

Trump has been criticized for trying to influence the DOJ’s investigations into baseless voter fraud allegations as part of his effort to overturn the 2020 election results.

“Just say it was corrupt and leave the rest to me and the Republican congressmen,” he said, according to testimony from former acting deputy attorney general Richard Donoghue during a Jan. 6 committee hearing.

When President Joe Biden announced Garland’s appointment as Attorney General, he said the DOJ is independent from the President.

“I want to be clear to those who lead this department who you will serve: You won’t work for me,” Biden said. “You are not the president’s or the vice president’s lawyer. Your loyalty is not to me. It’s to the law, the Constitution, the people of this nation.”

“In fulfilling this responsibility,” Garland wrote, “we must do all we can to maintain public trust and ensure that politics — both in fact and appearance — does not compromise or affect the integrity of our work.”

Perry urged those on the town hall call to demonstrate in support of his criticism of federal law enforcement.

“We have to be unwilling to lay down in the face of these tyrannies, whether they be local or whether they be at the state or the federal level. We cannot sit down and take them,” Perry said. “We need to let them know that we are not going to walk away.”

On the call, Perry referred to the failed kidnapping of Michigan Gov. Gretchen Whitmer, and accused the FBI of “coming up with the plan to do it and then trying to get people to join the plan.” He provided no evidence to support that claim either.

In fact, FBI informant Steve Robeson was dubbed by prosecutors as a double agent for allegedly helping the kidnapping plotters when he was supposed to be investigating them. Two men were convicted last month for orchestrating the plot.

On the call, Perry referred to “the rot at the top of the FBI.”

Trump appointed Christopher Wray to head the FBI in 2017. Trump called Wray a “qualified individual” and “a fierce guardian of the law.”

Jones, a George W. Bush appointee, served for almost 20 years in U.S. Middle District Court in Harrisburg. He was one of the judges who voted to appoint Middle District Magistrate Judge Susan Schwab, who issued the warrant authorizing seizure of Perry’s cell phone.

“When you invoke that term ‘conspiracy,’ it means that there are entities in this case from two separate branches of government who are in agreement to do something that is either illegal or inappropriate, at least,” he said. “And I think there are no facts that have been at least made public that I’m aware of that indicates that that is so…  I think it is reckless and not becoming a federal office holder to make the statement that there is some type of agreement that is specifically directed at doing him harm.”

Jones says spreading this rhetoric can result in people getting hurt.

“You saw the attempted attack on an FBI field office [in Ohio]. I think we’re going to get a law enforcement officer and/or a member of the judiciary hurt or killed as a result of this,” he said. “This kind of reckless language plays to unstable people and the real base element of our society. I think it’s irresponsible and it ought to stop.”

“If you can sow the seeds of discord along the way and prime your followers to have a problem with anything that the FBI says, then mission accomplished,” they said. “There is real harm that’s being done to our democratic process and our basic legal institutions by doing that.”

Yeargain said that while the FBI isn’t beyond reproach, Perry’s criticism of the agency is not valid.

“We obviously have a right and a duty as citizens to question what our government is doing,” they said. “But to assert that the process is systematically rigged against somebody who holds a tremendous amount of political power is just simply untrue.”

As part of our 2020 election accountability policy, we note Congressman Perry is part of what’s called the “Sedition Caucus” of 138 U.S. House members who voted to overturn the results of the 2020 election despite no evidence to support election-fraud claims.

These Republicans did a deep dive into 2020 election lawsuits, including in Pa. Here's why most of them failed