President Donald Trump speaks at the "Stop The Steal" Rally on January 06, 2021 in Washington, DC. Trump supporters gathered in the nation's capital today to protest the ratification of President-elect Joe Biden's Electoral College victory over President Trump in the 2020 election.

These Republicans did a deep dive into 2020 election lawsuits, including in Pa. Here’s why most of them failed

They say the "woefully deficient" filings should boost faith in election security. 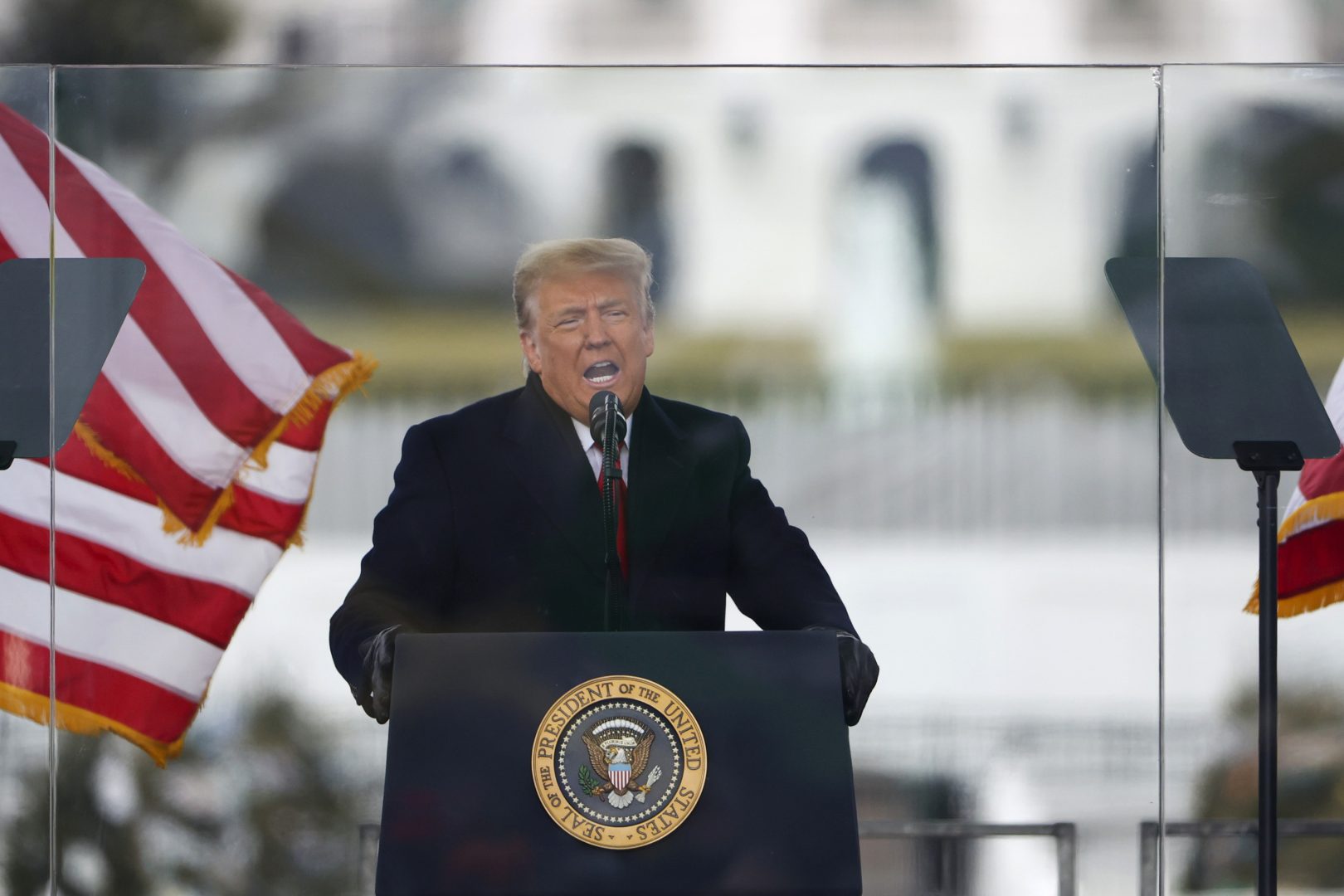 President Donald Trump speaks at the "Stop The Steal" Rally on January 06, 2021 in Washington, DC. Trump supporters gathered in the nation's capital today to protest the ratification of President-elect Joe Biden's Electoral College victory over President Trump in the 2020 election.

They’ve published a report called “Lost, Not Stolen,” which re-examines the lawsuits filed by Trump and his supporters calling for election results to be overturned in six tightly contested battleground states: Pennsylvania, Arizona, Georgia, Michigan, Nevada and Wisconsin.

David Hoppe contributed to the report. He served as former chief of staff to two Republican Congressional Majority Leaders and has decades of legal experience in D.C.

“I’m certainly not a ‘Never-Trumper.’ I voted for Donald Trump twice for President… if the evidence had said there was something wrong with this election and it was stolen, we would have said that,” Hoppe said. “We looked through the evidence and it didn’t add up. It was woefully deficient, as a matter of fact.”

Hoppe said conservatives should prioritize stopping the spread of Trump’s election-fraud lies over partisan politics, calling the security of our elections, “absolutely critical to both people wanting to vote and to having fair elections.”

Former President Donald Trump claims millions of illegal votes cost him the 2020 election. However, all but three of his 64 election challenges failed.

Trump’s lawsuits included claims of voter fraud, illegal polling procedures, and errors with ballots and voting machines that would invalidate the 2020 election results.

He pulled out of 14 cases; 47 were dismissed by federal judges, including Democratic and Republican appointees. Of those, at least eight were appointed by Trump.

Eighteen of those lawsuits were filed in Pennsylvania, and most focused on mail-in and absentee voting, extended pre-election deadlines, or technically deficient ballots.

One case that failed sought to block certification of Pa.’s election results, throwing out close to seven million votes. The Trump campaign argued against certifying results because not all counties allowed voters to fix errors on mail-in ballot declarations.

Hoppe said the report was conceived and written by a group of former Capitol Hill Republicans loosely connected by their shared time in D.C.

“The claims that [the 2020 election] had been stolen got stronger and stronger while the evidence got weaker and weaker. And so we decided to try and do a very deep dive into all the court cases and all the efforts that have been made.”

Former federal judge Michael McConnell co-wrote the report. He served for seven years on the Tenth Circuit Court of Appeals after being appointed by George W. Bush in 2002. Now, he’s director of the Constitutional Law Center at Stanford.

McConnell said the U.S. has “debated for 200 years” about whether to count ballots with minor technical issues, but the vast majority of courts in the past have ordered states to include them in their tallies.

“It comes up over and over. It was a big issue in Bush v. Gore. Sometimes one side benefits, sometimes the other side benefits,” he said. “The question is, do you count a vote where there is no actual uncertainty about what the voter was trying to do because the voters screwed up in some highly technical way?”

McConnell noted all but four of Trump’s lawsuits in Pa. were filed after the election was held under legally binding state and federal election codes.

“We ought to take a step back and just tip our hats to the system because we have safeguards against stolen elections. And they worked remarkably well,” he said. “When you look at it, not a single state legislature succumbed to these efforts by Mr. Trump and his supporters to get them to repudiate the actual results.”

Trump’s legal team didn’t argue fraud in Pa. courts, and no fraud was detected that would have altered election results anywhere in the country.

Here’s a breakdown of the 18 election challenges filed by Trump, his campaign, and his allies in Pa.: