He has been a figure in the congressional investigation into President Donald Trump’s actions leading up to the Jan. 6, 2021, Capitol insurrection. 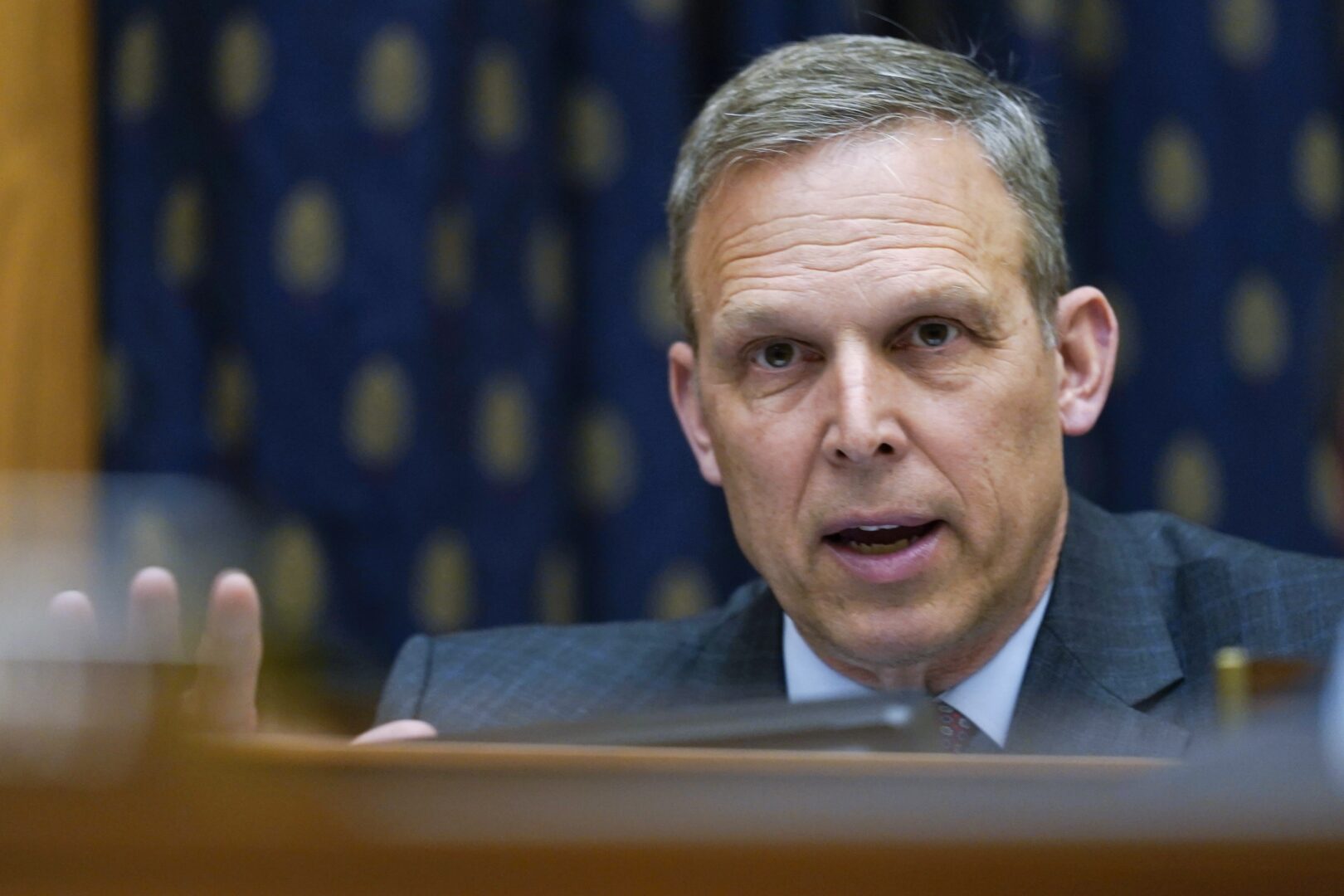 The circumstances surrounding the seizure were not immediately known. Perry, though, has been a figure in the congressional investigation into President Donald Trump’s actions leading up to the Jan. 6, 2021, Capitol insurrection.

Former senior Justice Department officials have testified that Perry, a Pennsylvania Republican, had “an important role” in Trump’s effort to try to install Jeffrey Clark — a top Justice official who was pushing Trump’s baseless claims of election fraud — as the acting attorney general.

In a statement Tuesday, Perry said three agents visited him while he was traveling Tuesday with his family and “seized my cell phone.” He called the action “banana republic tactics.” 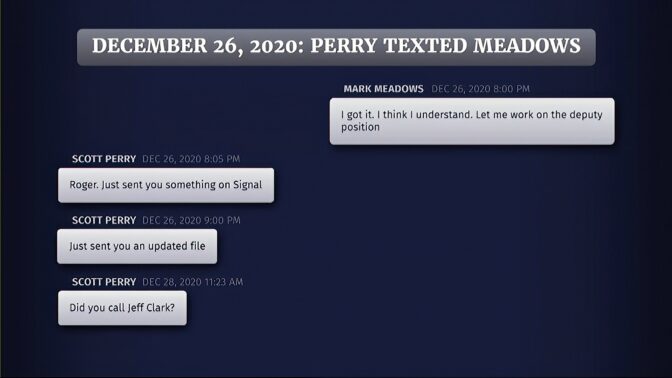 This exhibit from video released by the House Select Committee, shows texts between former Trump chief of staff Mark Meadows and Rep. Scott Perry, R-Pa., displayed at a hearing by the House select committee investigating the Jan. 6 attack on the U.S. Capitol, June 23, 2022, on Capitol Hill in Washington.

“They made no attempt to contact my lawyer, who would have made arrangements for them to have my phone if that was their wish,” Perry said. “I’m outraged – though not surprised – that the FBI under the direction of Merrick Garland’s DOJ, would seize the phone of a sitting Member of Congress.”

The lawmaker, representing Pennsylvania’s 10th District, was cited more than 50 times in a Senate Judiciary report released in October 2021 outlining how Trump’s effort to overturn his election defeat to Joe Biden brought the Justice Department to the brink of chaos and prompted top officials there and at the White House to threaten to resign.

Perry, who has continuously disputed the validity of Biden’s victory in Pennsylvania, has said he obliged Trump’s request for an introduction to Clark, then an assistant attorney general whom Perry knew from unrelated legislative matters. The three men went on to discuss their shared concerns about the election, Perry has said.

The Justice Department found no evidence of widespread fraud in Pennsylvania or any other state, and senior Justice officials dismissed Perry’s claims.

The Senate report outlined a call Perry made to then-acting Deputy Attorney General Rich Donoghue in December 2020 to say the department wasn’t doing its job with respect to the elections. Perry encouraged Donoghue to elicit Clark’s help because he’s “the kind of guy who could really get in there and do something about this,” the report said. 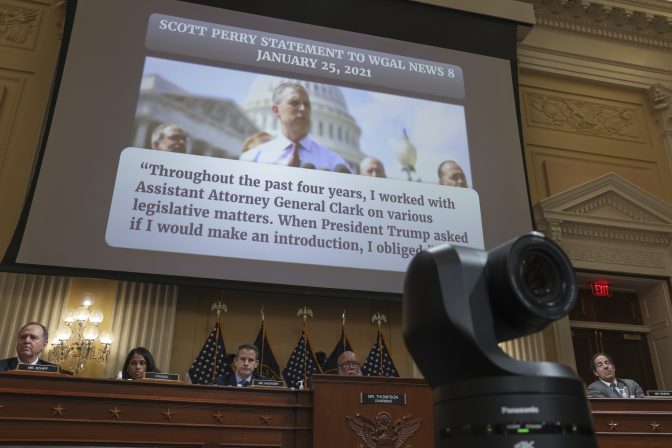 WASHINGTON, DC – JUNE 23: A video featuring Rep. Scott Perry (R-PA) is played during the fifth hearing by the House Select Committee to Investigate the January 6th Attack on the U.S. Capitol in the Cannon House Office Building on June 23, 2022 in Washington, DC. The bipartisan committee, which has been gathering evidence for almost a year related to the January 6 attack at the U.S. Capitol, is presenting its findings in a series of televised hearings. On January 6, 2021, supporters of former President Donald Trump attacked the U.S. Capitol Building during an attempt to disrupt a congressional vote to confirm the electoral college win for President Joe Biden.

Perry has said his “official communications” with Justice Department officials were consistent with the law.

Perry slammed the Justice Department’s decision to serve him with a warrant as an “unnecessary and aggressive action.”

“My phone contains info about my legislative and political activities, and personal/private discussions with my wife, family, constituents, and friends,” Perry said. None of this is the government’s business.”

The seizure of Scott’s cellphone was first reported by Fox News Channel.

He  is one of 138 U.S. House members who voted to overturn the results of the 2020 election despite no evidence to support election-fraud claims. The lawmaker is running for re-election against Democrat Shamaine Daniels in the 10th District, which includes portions of Cumberland, Dauphin and York counties