A residence hall at Dickinson College is being renamed Spradley-Young Hall.

Formerly enslaved people made an impact at Dickinson College. The school is now honoring their names

After research into the college's ties to slavery, a residence hall and a gate will be renamed.

Update: This story’s headline was updated to change the term “former slaves” to “enslaved people” to better reflect that the status was imposed on the individuals.

Cooper Hall, named after Thomas Cooper, a pro-slavery Enlightenment-era scientist who taught at Dickinson, will be known as Spradley-Young Hall. East College Gate will be changed to Pinkney Gate.

The push to rename the spaces began with the Dickinson and Slavery project — a multi-year research effort led by history professor Matthew Pinsker and his students.

The project’s 2019 report detailed the college’s historical ties to slavery and identified slaveholders and other pro-slavery figures whose names are commemorated on campus buildings. The report proposed replacing their names with the names of African Americans who made contributions to the campus.

The college has opened a museum exhibit and created a self-guided campus walking tour as part of the effort.

Descendants of Spradley and Young have been invited to attend a renaming ceremony on Saturday. Faculty and students like Caroline Eagleton who have been involved are also expected to attend.

“I’m really proud to be part of a school that is doing these initiatives, because it’s really important and critical to kind of rewriting the narrative,” said Eagleton, a junior who is interning at Dickinson’s House Divided project, which creates teaching resources on the Civil War era and the Reconstruction.

Henry Spradley was born into slavery in Winchester, Virginia. He was a Union soldier and later became Dickinson College’s longest serving janitor and a community leader. A dinner he hosted for a graduating class of seniors in 1885 made local news. “The class felt especially delighted upon the occasion,” the Carlisle Sentinel reported.

Spradley’s life on the campus was not free of racial discrimination. His son, Shirley, was accused by the college president at the time of stealing $40. Spradley’s son eventually proved his innocence, but the incident sparked racist backlash against him and his family from some students, according to an account of Spradley’s life on the 2019 Dickinson and Slavery report. 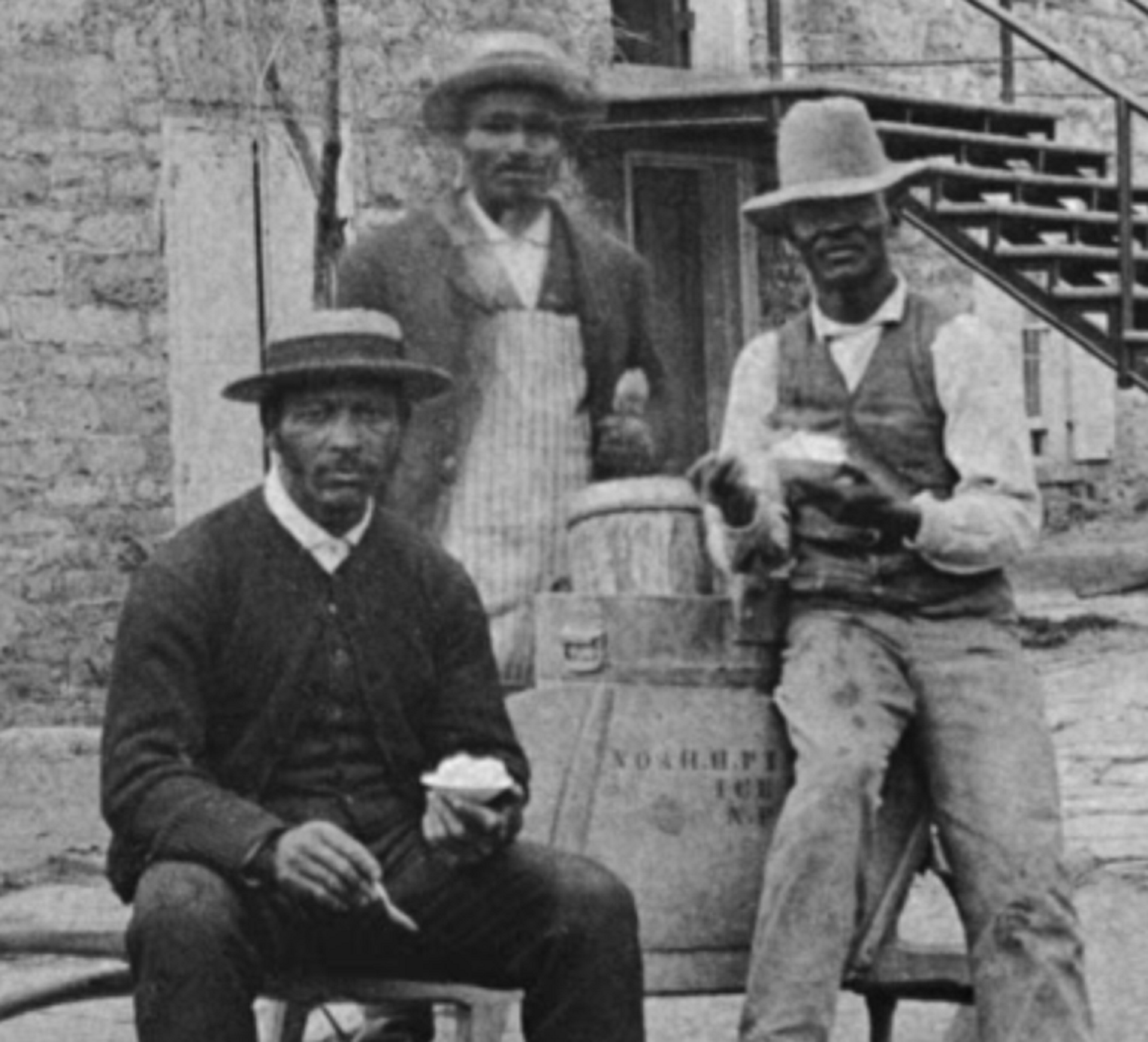 Carrie and Noah Pinkney were a formerly enslaved couple who used to sell ice cream and sandwiches to students. After a college president ordered them off campus in the mid-1890s, the Pinkneys opened their own restaurant. Noah Pinkney served in the Civil War and was present at Robert E. Lee’s surrender at Appomattox in 1865, according to the college archives.

Jesse Rawls, 48, Spradley’s fourth great-grandson, said he will attend the ceremony. He found out he was related to Spradley through his daughter, who was researching the family’s ancestry. The discovery was eye-opening for him.

“It made me feel real good inside and it motivated me to continue to work as hard as I do, because I know I’m standing on the shoulders of a man that had done a lot and, that I would think that he would look down and be proud of me and my family,” said Sprawls, who is the principal at Central East Dauphin East High School. 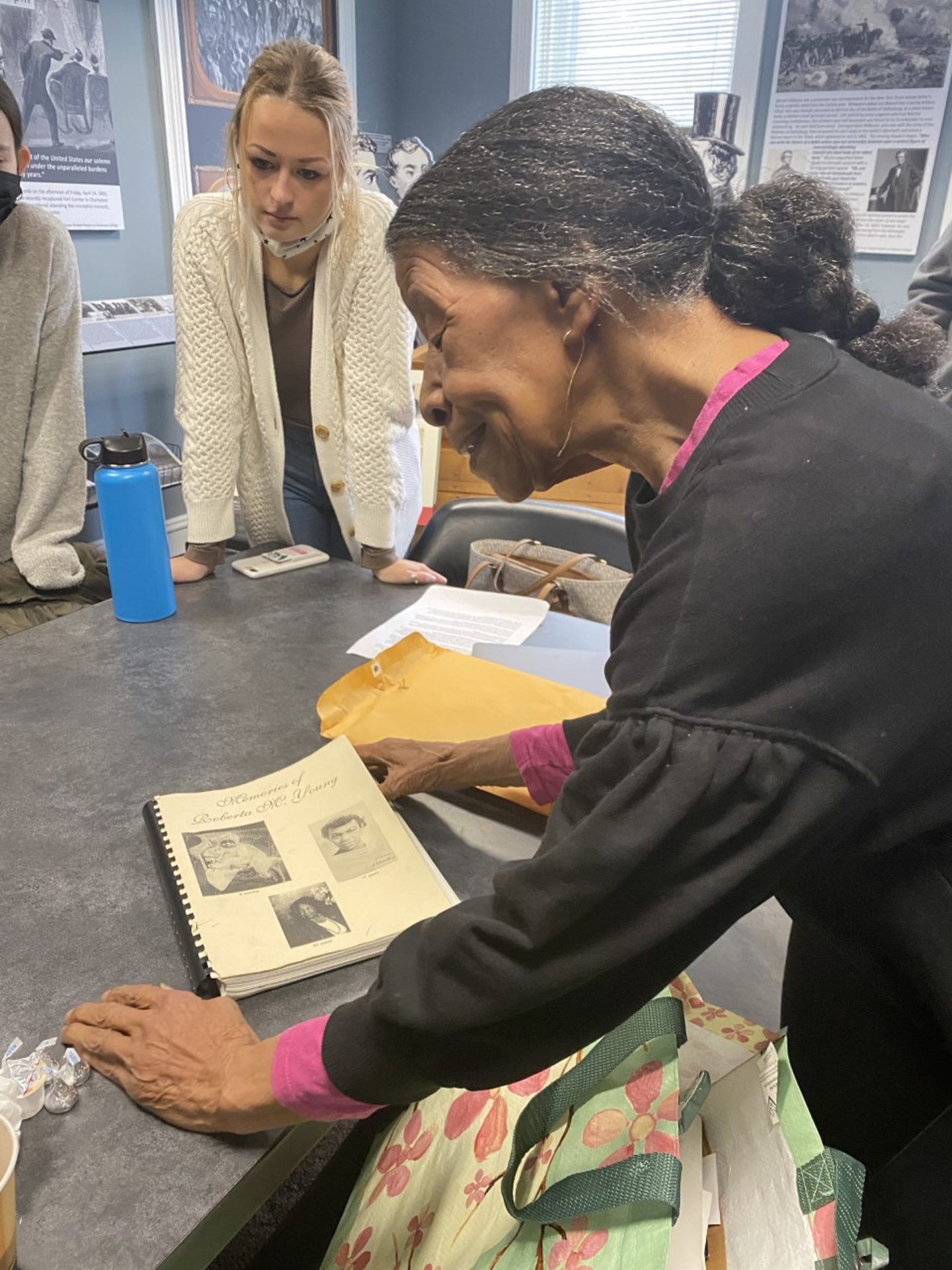 Donna Young, Robert C. Young’s great-granddaughter, shows Dickinson students a book about him that her mother put together.

Robert C. Young was a former slave from western Virginia who worked at Dickinson as a janitor and security guard for decades, according to information from the college. He was an activist for integration at the college, as well as in school districts.

He became the focus of national headlines when he fought Dickinson’s administration so his son Robert G. Young could enroll there.

Donna Young, Robert C. Young’s great-granddaughter, went to Dickinson in the 1970s. She eventually became a Montessori teacher in Carlisle.

“It’s funny because I didn’t really know about him until I did later research, but as I was researching, I could kind of put myself in his place,” Young said.

The 2019 report identified additional buildings that it said should be renamed, such as residential hall and a departmental building named after slaveholders John Armstrong and John Montgomery. The college says it is considering renaming other buildings in the future.

Fulton County withheld money from library over its LGBTQ support. Then the online fund-raisers began