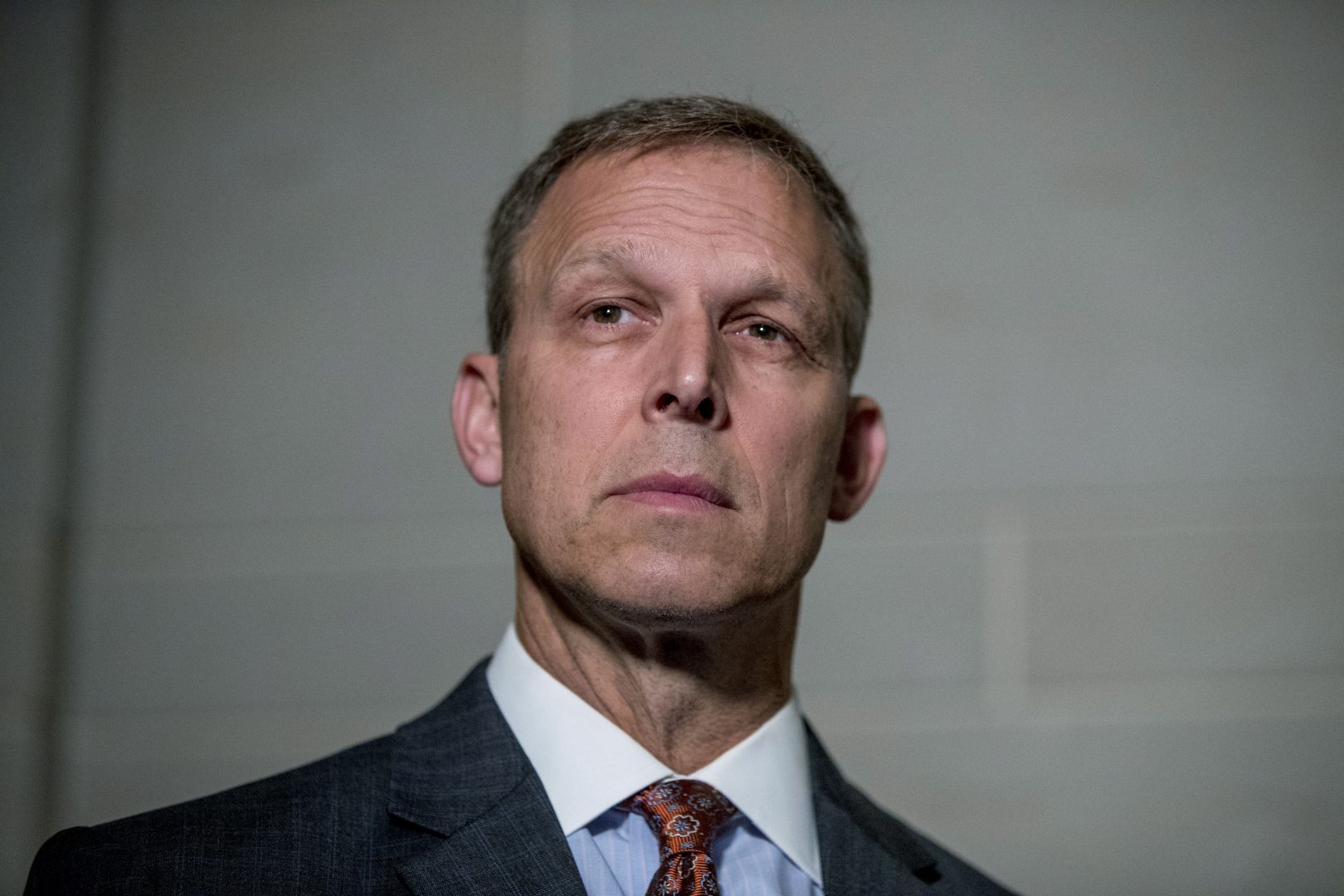 This story has been updated to include expert analysis.

(Harrisburg) — A new investigative report has confirmed two Pennsylvania lawmakers with ties to the “Stop the Steal” movement were actively involved in pressuring the U.S. Justice Department to investigate disproven claims of fraud in the 2020 election.

The interim report is one of the first products of an investigation the U.S. Senate Judiciary Committee had promised as early as January. That’s when the New York Times reported U.S. Rep. Scott Perry had been talking with a low-level Justice Department lawyer about strategies to elevate former President Donald Trump’s false assertions that the 2020 election had been stolen from him.

Perry later confirmed those conversations in a statement to WITF, saying he had introduced the lawyer, Jeffrey Clark, to Trump after the former president asked him to.

“Throughout the past four years, I worked with Assistant Attorney General Clark on various legislative matters. When President Trump asked if I would make an introduction, I obliged,” the statement read.

The report shows Perry had also directly passed Clark’s name on to acting Deputy Attorney General Richard Donoghue in a conversation on Dec. 27, encouraging the deputy attorney general to rely on Clark as “someone who could really get in there and do something about [election fraud claims].” Perry also repeated Trump’s suggestion that the department “wasn’t doing its job with respect to elections,” despite long-standing agency policy that barred it from engaging in political activity.

Clark would later go on to draft a letter pressuring Georgia election officials to decertify the state’s result, claiming “significant concerns that may have impacted the outcome.” The report shows Clark had also drafted versions of the letter to send to other swing states, including Pennsylvania.

At the end of their Dec. 27 call, Perry sent Donoghue a number of documents allegedly showing proof of multiple election fraud claims, though each had already been disproven. In closed-door testimony to the Judiciary committee, Donoghue said he told the Republican congressman that the DOJ had “not seen fraud on a scale that would have changed the outcome [in Pennsylvania].” Donoghue then forwarded Perry’s claims to Pennsylvania U.S. Attorney Scott Brady, who said they were “not well-founded.”

State Sen. Doug Mastriano (R-Franklin) had sent a similar list of alleged irregularities to Donoghue, asking that they be investigated. These were many of the same false claims that were aired during a late November Senate Majority Policy hearing in Gettysburg that featured Trump lawyer Rudy Guiliani. 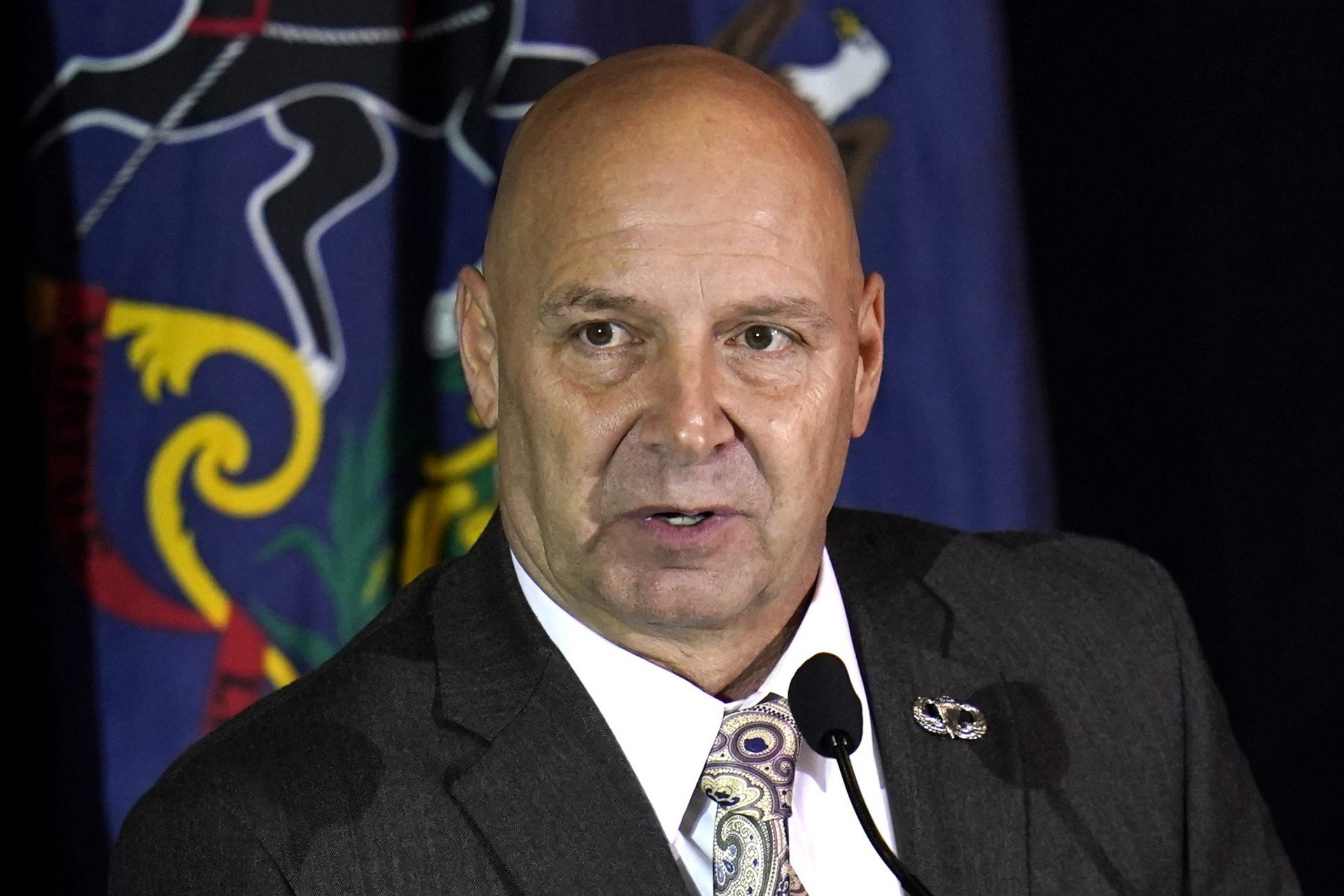 Senate Judiciary Chairman Sen. Richard Durbin (D-IL) declined an interview, but sent a statement that in part underscored the seriousness of the committee’s findings.

“Today’s report shows the American people just how close we came to a constitutional crisis,” Durbin said. “We must never allow this unprecedented abuse of power to happen again.”

A companion staff report issued by Republicans on the Judiciary committee dismissed notions that former President Trump acted improperly. They said the evidence actually shows that Trump “listened to his advisors … and followed their recommendations” and that any pressure campaign had no impact on the Justice Department’s investigations into the 2020 election.

“Witnesses testified that President Trump’s outreach to DOJ officials focused on making sure they were ‘aware’ of election fraud allegations and that they were doing their job to investigate them, rather than issuing orders to take certain action,” GOP senators said in the report’s executive summary.

The investigative report only details the committee’s findings so far. Senators said they are holding off on pursuing criminal charges against people like Perry until their investigation is complete. But they have recommended further investigating Perry and Mastriano’s ties to the scheme to help Trump remain in power.

Duquesne University Professor of Law Bruce Ledewitz  teaches constitutional law and jurisprudence. He said those investigators will likely face a high bar if they wish to recommend or impose consequences on lawmakers like Perry. That’s because asking the Justice Department to investigate something, Ledewitz said, isn’t an actual crime.

Ledewitz said for any consequence to stick, congressional investigators would have to prove Perry was intending to overturn election results in trying to get the Justice Department to investigate bogus fraud claims. He said the evidence suggests that motive, but doesn’t prove it.

“The issue is: are people like Perry dumb and misinformed, or are they traitors to democracy? That’s the question,” he said.

Either way, the Duquesne professor said the only major consequence Perry could face is expulsion from the House, a tough lift on its own because two-thirds of an almost evenly-split Congress would have to OK that move. But Ledewitz believes lawmakers should consider doing that if Perry is found to have been more deeply involved with Clark’s plot to undermine last fall’s election results.

“There isn’t anything worse than a congressman trying to subvert a lawful presidential election. You might as well fire on Fort Sumter,” he said.

Pa. Republican lawmakers and the U.S. Capitol attack
As part of WITF’s commitment to standing with facts, and because the Jan. 6 attack on the U.S. Capitol was an attempt to overthrow representative democracy in America, we are marking elected officials’ connections to the insurrection. Read more about this commitment.
Sen. Mastriano is among the several dozen state lawmakers who signed a letter asking Congress to delay certifying Pennsylvania’s 2020 election result.
U.S. Rep. Perry is part of what’s called the “Sedition Caucus” of 138 U.S. House members who voted to overturn the results of the 2020 election despite no evidence to support election-fraud claims.
This supported the election-fraud lie, which led to the attack on the Capitol.

Pa. schools may be required to post their curriculum online. Is it about transparency or censorship?