Pa. schools may be required to post their curriculum online. Is it about transparency or censorship?

(Harrisburg) — A controversial bill that would allow parents to have online access to what their children are learning in public schools won passage on Wednesday in the Pennsylvania House of Representatives.

The bill, which if enacted would take effect starting next school year, would provide information about curriculum, including the academic standard to be achieved, instructional materials, course syllabus, and assessment techniques.

With its approval by the House on a 110-89 vote with all Democrats and three Republicans opposing, the bill now goes to the Senate for consideration.

The measure’s sponsor, Rep. Andrew Lewis, R-Dauphin County, said he seeks to standardize a practice already happening in some districts in the commonwealth that makes it easy for parents to annually review a school’s curriculum materials, rather than having to visit a school or administrative building to see them.

The bill would apply to school districts, career and technical centers, charter schools and intermediate units.

“It simply brings our state into the 21st Century by making sure that especially in an environment of remote learning, parents can access the information that they’re entitled to [by state law] online,” Lewis said. 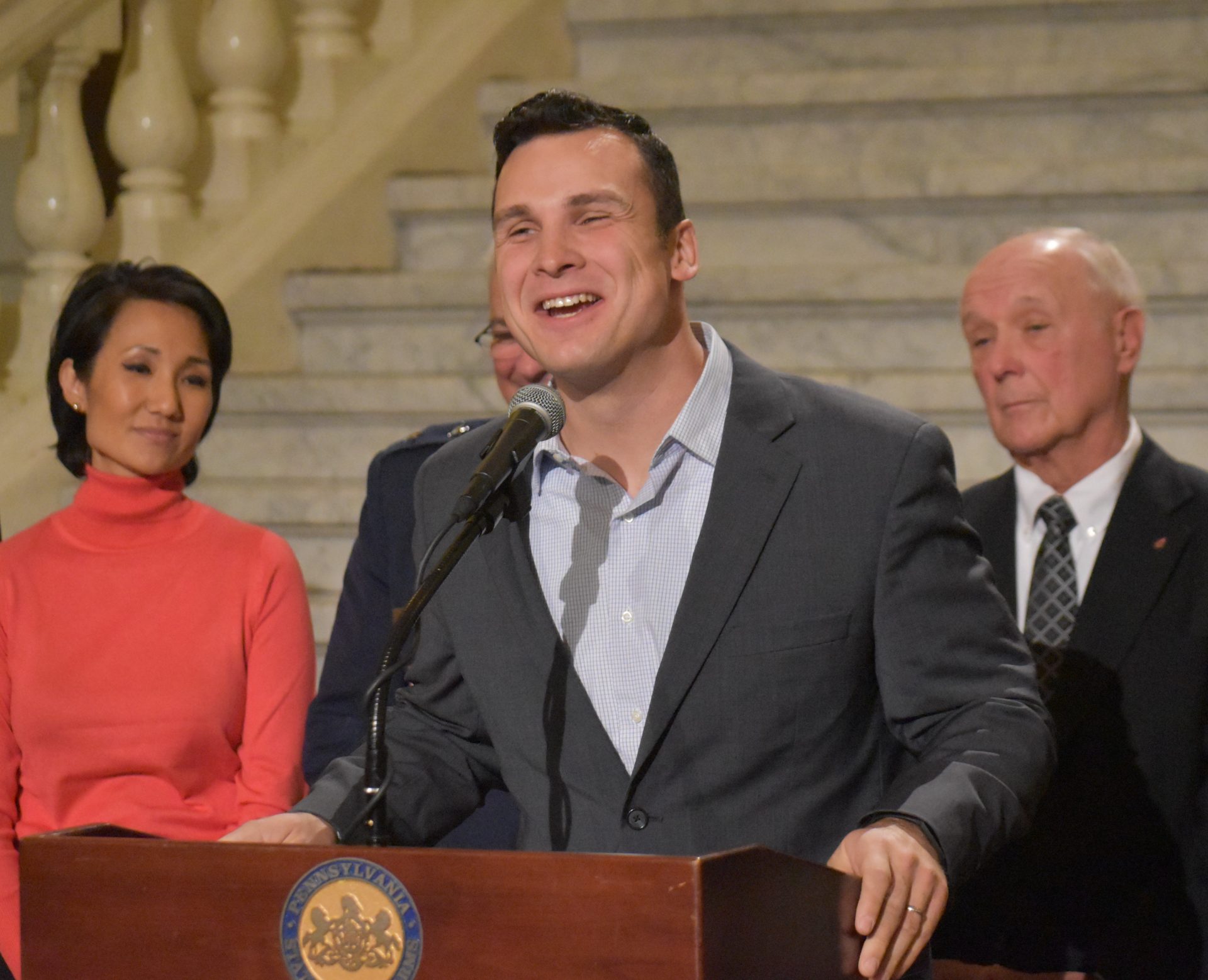 Republicans have touted the bill as a tool for transparency. But critics said it placed an unnecessary burden on school officials and suggested hidden motives are at play in this measure.

“This bill will drag education right into the middle of the culture wars,” said Rep. Dan Frankel, D-Allegheny County, “Your neighbor, her grandfather in Florida, your crazy uncle and his best friend in California can all weigh in on what the schools are teaching your child. Let’s be clear.”

Frankel said teachers are happy to share with parents what their children are supposed to learn and parents also could ask their children directly about it.

“This bill isn’t about transparency for parents,” Frankel said. “It’s about bringing the fights that get started on Fox News to the kindergarten classroom near you. … This legislation is an invitation to the book burners and anti-maskers to harass our schools and our teachers.”

Rep. Malcolm Kenyatta, D-Philadelphia, picked up on that point, saying he sees it as having the potential to intensify threats and violence against teachers and school administrators already under fire over masking requirements and other matters.

“It encourages certain factions in our country to be emboldened and to continue to spread lies about what is happening in our classrooms,” Kenyatta said.

Rep. Aaron Bernstine, R-Butler County, countered those arguments, saying, “There will be no lies because information will specifically be online so people can see it.”

Referring to the bill’s critics, Bernstine said, “There’s no reason to hide if there’s nothing to be scared of.”

Since broadband access is still limited in areas of the state, though, Rep. Mike Sturla, D-Lancaster County, said the only people who will be able to view the curriculum in those districts are those who are outside those areas. Secondly, he faulted the bill for failing to include private schools that receive public funding through various state programs.

“This is a bad bill even if it did include those things,” Sturla said. “This is simply an attack on public education, plain and simple.”

Lewis said the bill puts the responsibility for placing the curriculum and instructional materials online on the chief school administrator or a designee, not teachers. However, opponents argued teachers will be the ones who have to gather that information together and insisted it will be a burden for them.

The Pennsylvania School Boards Association and other public school advocacy organizations have opposed the bill.

“This mandate would amount to a crushing level of work for educators at a time when they are navigating in-person instruction, addressing student learning delays, and meeting students’ needs during a global pandemic,” said Rich Askey, president of the Pennsylvania State Education Association. “It’s an absolutely unnecessary distraction from what is really important – teaching kids.”

Among other concerns, Askey and Rep. Mark Longietti, D-Mercer County, said the bill raises questions related to the posting of copy-written materials, quizzes and tests online.

Sharon Ward, senior policy advisor of the Education Law Center, agreed with opponents that the bill is burdensome and unnecessary.

“We are also concerned that the bill invites censorship in the guise of transparency,” Ward said.

The bill was amended on Tuesday to require schools to update curriculum information each time a new or revised curriculum is used within 30 days of its approval.