Pedestrians carry plastic bags in Philadelphia, Wednesday, March 3, 2021. Philadelphia and three other municipalities in Pennsylvania sued the state over what they say was a covert abuse of legislative power to temporarily halt local bans or taxes on plastic bags handed out to customers by retailers. 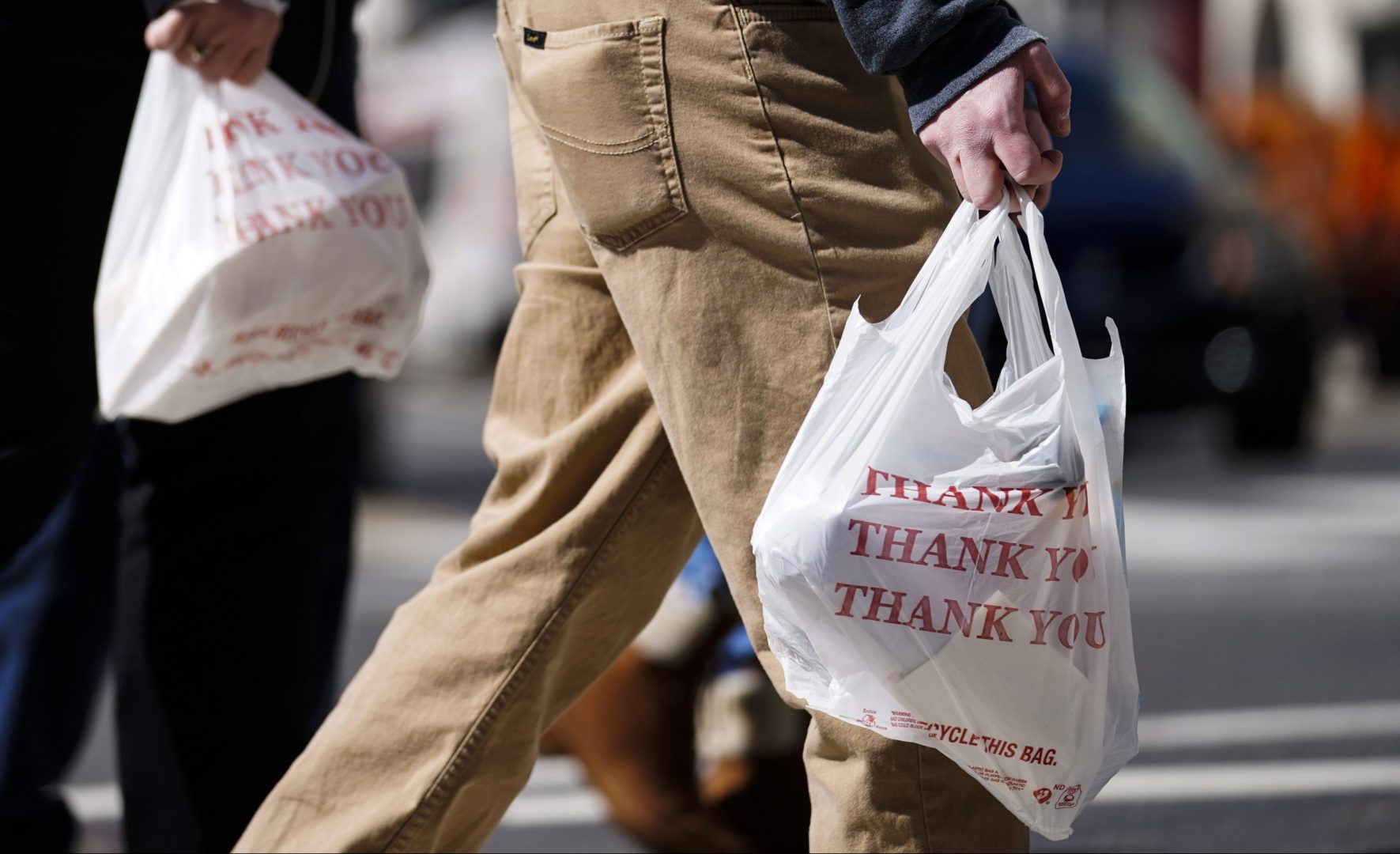 Pedestrians carry plastic bags in Philadelphia, Wednesday, March 3, 2021. Philadelphia and three other municipalities in Pennsylvania sued the state over what they say was a covert abuse of legislative power to temporarily halt local bans or taxes on plastic bags handed out to customers by retailers.

(Harrisburg) — Cities and townships hoping to ban plastic bags within their borders may finally have the legal authority to do so in Pennsylvania.

When the Republican-controlled legislature passed the state budget last week, it didn’t renew a statewide preemption on single-use plastics, opening the door for cities and municipalities to approve new prohibitions or enforce existing bans.

Officials and activists from Philadelphia to Pittsburgh hailed the decision as a win for curbing the environmental impact of plastic. Philadelphia and some of its surrounding townships had filed suit to challenge the state’s preemption, asserting it was unconstitutionally slipped into a budget-related bill.

“I wouldn’t be surprised if we see a bunch of municipalities moving swiftly to try and get their own policies on the book,” said David Masur, executive director of PennEnvironment and a supporter of the ban.

Masur told Spotlight PA he has spoken to officials from at least nine cities, townships, and municipalities that expressed interest in enacting a local bag ban — and there may be more.

The ban preemption first went into effect in 2019 via a Republican-backed provision to the package of bills that make up the state budget. 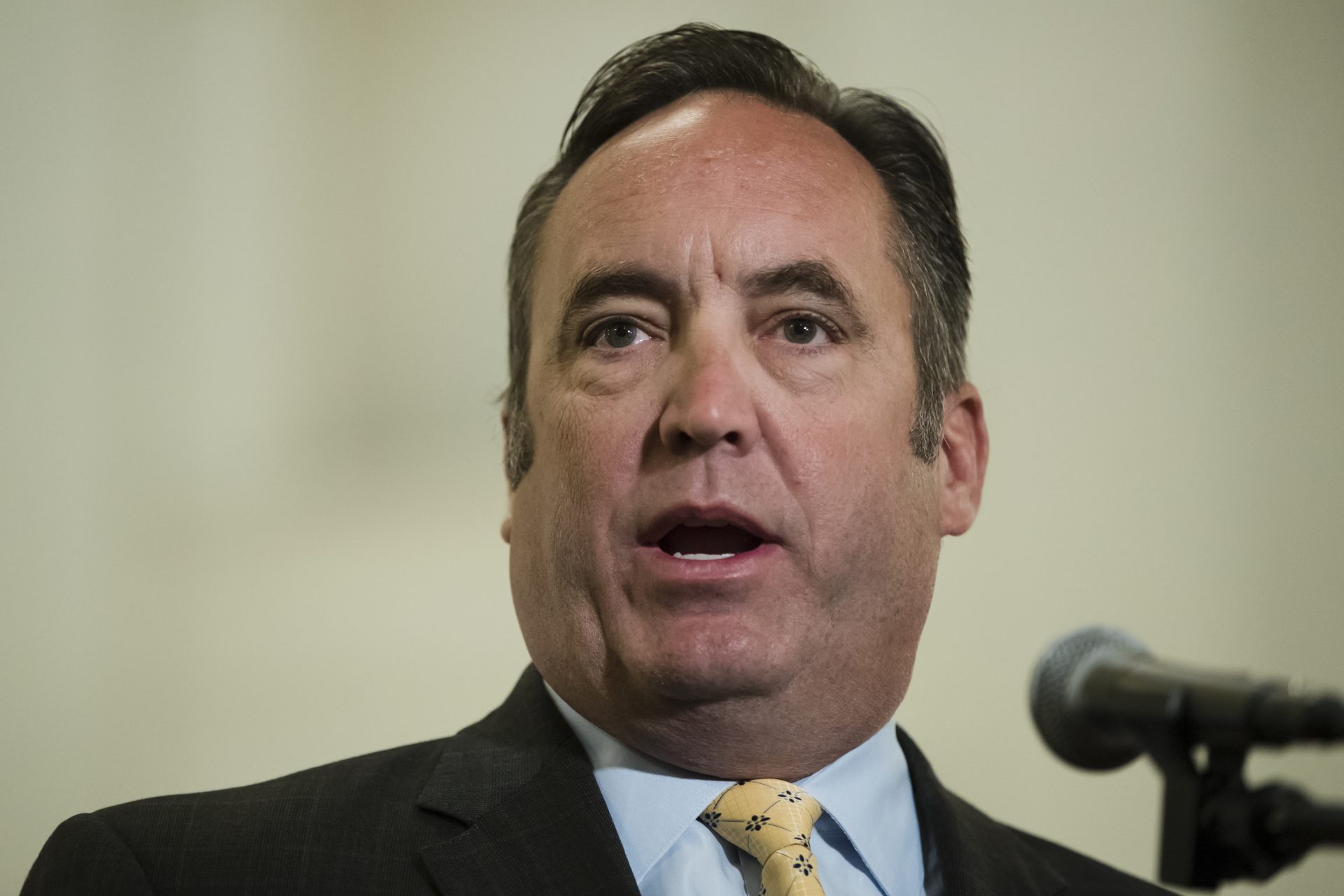 That provision prohibited local governments from enacting new regulations on plastic bags or packaging for one year and directed two state offices to study the environmental and economic effects of doing so. Senate President Pro Tempore Jake Corman (R., Centre) said at the time that he introduced it because there was a plastics manufacturer in his district and a township considering a plastic bag fee.

The legislature extended that preemption in 2020 and expanded its scope: Lawmakers banned both enacting and enforcing plastic bag bans, meaning that municipalities with bans already in place could no longer legally apply them.

The provision was set to end July 1 of this year or six months after the end of the governor’s pandemic emergency declaration — whichever came later. The legislature ended the emergency order earlier this month, meaning the current preemption is set to expire officially on Dec. 8.

In interviews this week, Republican lawmakers would not say why they did not move to extend the ban this year.

Jason Thompson, a spokesperson for Corman, declined to answer questions about the decision, citing “pending litigation.”

That lawsuit was brought against the state and the legislature earlier this year by the City of Philadelphia, Lower Merion Township, and the boroughs of West Chester and Narberth. The four local governments are asking Commonwealth Court to declare the plastic bag ban preemption unconstitutional. PennEnvironment and the City of Pittsburgh have joined the suit, which is still pending.

Thompson said in a statement that there are no current plans to extend the preemption, but that Republicans will “continue to evaluate the issue in the months ahead to determine whether any further extension is warranted.”

Republicans first tried to limit local plastic bag bans in 2017 through a standalone bill, which Gov. Tom Wolf, a Democrat, vetoed. Lawmakers then added the preemption into a budget-related bill called the fiscal code in 2019.

“The governor has opposed this policy both because it preempts local decision-making and also for environmental reasons,” Wolf spokesperson Lyndsay Kensinger said in a statement to Spotlight PA.

Kensinger did not specify whether the governor had advocated for the preemption to expire during budget negotiations.

Philadelphia’s citywide plastic bag ban will go into effect next month, but it will not be fully enforced and implemented until April 2022. An extended outreach and education period will help “increase compliance” and “ensure widespread awareness of the law” among retailers and consumers alike, said Kevin Lessard, Philadelphia’s deputy communications director.

Erika Strassburger, a member of Pittsburgh City Council, wants to see her city limit plastic bag use, too. The council passed a resolution in May declaring its intent to ban plastic bags within city limits.

She said Pittsburgh had already begun planning ways to implement the ban before it knew the preemption would expire. But the city now has a clearer timeline of when it will be able to officially introduce and enforce a ban. The council plans to follow in Philadelphia’s footsteps with an extended outreach and feedback period.

“The reason we aren’t just introducing it tomorrow — we could if we wanted to, we’re ready with the language — but … it’s important, I think, for ensuring that as many voices are heard beforehand to take that time to listen to different voices,” Strassburger said.

Though Republican lawmakers could move to extend the ban when the General Assembly reconvenes this fall, they would have less leverage to do so. If they did manage to pass a standalone preemption bill again, Wolf is likely to veto it again.

Alex Baloga, president of the Pennsylvania Food Merchants Association, said his organization opposes bag bans, as they could competitively disadvantage retailers in municipalities where such prohibitions exist.

“The public is expecting to get a bag of some sort when they shop,” Baloga said. “For decades and decades, they believe that it is something that comes along, it’s part of the experience.”

State Rep. Greg Vitali (D., Delaware), minority chair of the House Environmental Resources and Energy Committee, argued the decision should ultimately be a local one.

“The real issue in my mind is local control and having municipalities be given the authority, if they choose to exercise it, to deal with their local problems in the best way for them and their constituents,” he said.