(Harrisburg) –– Pennsylvania is getting a boost of $7.29 billion this year thanks to the federal American Rescue Plan. But the commonwealth is spending only about $1.04 billion of that this year.

Under the program, the federal government is sending $195 billion directly to state treasuries. The money is supposed to make up for what states missed out on during the pandemic in taxes and fees — and help pay for the recovery effort over the next five years.

The commonwealth’s first spending plan that includes Rescue Plan money would in part put $279 million of it toward highway projects, $282 million to long-term care facilities like nursing homes, and as much as $50 million toward housing construction costs.

But according to an analysis from the National Conference of State Legislatures, a few other big- population states, like Illinois and Florida, are spending a larger share of their money in those areas.

Florida, for example, is putting $2 billion of its $8.8 billion in Rescue Plan funds toward highways and ports. Illinois, which is spending just slightly more than Pennsylvania at $1.26 billion this year, is spreading that money out over a greater number of programs and projects. 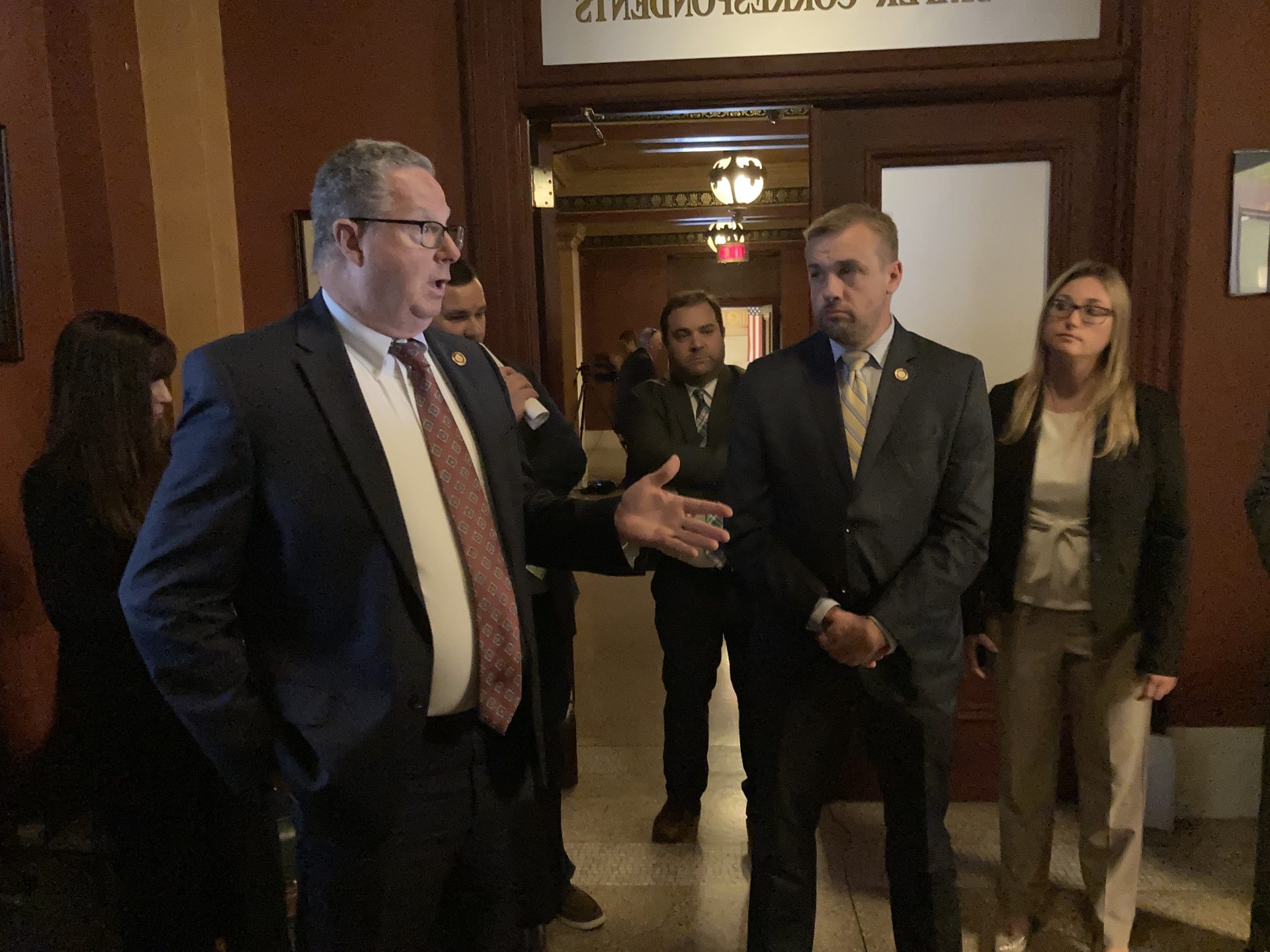 Pew Charitable Trusts Research Officer Mike Maciag, who has studied Rescue Plan funding, said each state is approaching the federal cash differently. But each, he said, must make their spending decisions carefully.

“These dollars represent an opportunity and a risk for states,” Maciag said. “I think there’s an opportunity to emerge from the pandemic and the recession without budget stress. [But] there’s also a risk of states investing one-time funds in recurring expenses that they later can’t afford once the federal dollars run out.”

Maciag has studied the impact Rescue Plan money will eventually have on states across the country, and found it may either prop up budgets or have only a small impact depending on how much a state spends each year. The research shows at $7.29 billion, Pennsylvania is getting 7.4 percent of its average annual spending in Rescue Plan money. That means the money will likely have a smaller impact here than in states on average, but will go about as far as it will for most of its regional neighbors.

A nearly universal impact the money is likely to have, Maciag said, is helping to prevent what happened during the last economic downturn.

“States were just starting to recover from the Great Recession more than 10 years ago, so for years they put off a lot of long term investments,” he said. “This will help them to make those.”

Pennsylvania’s Republican budget makers argue their plan to save a lot of that money for now is itself a long-term investment. Though Democratic critics like Rep. Matt Bradford (D-Montgomery) have called that approach the “fiscal fetal position,” the GOP maintains doing so will help the state make the most of it later on.

“The decisions we are making…put us on as solid fiscal ground as possible heading into those years when the stimulus money runs out and the threat of a fiscal cliff is real,” Sen. Pat Browne (R-Westmoreland) said after last week’s vote on the state budget.

Gov. Tom Wolf is expected to sign the overall spending plan in the coming days.