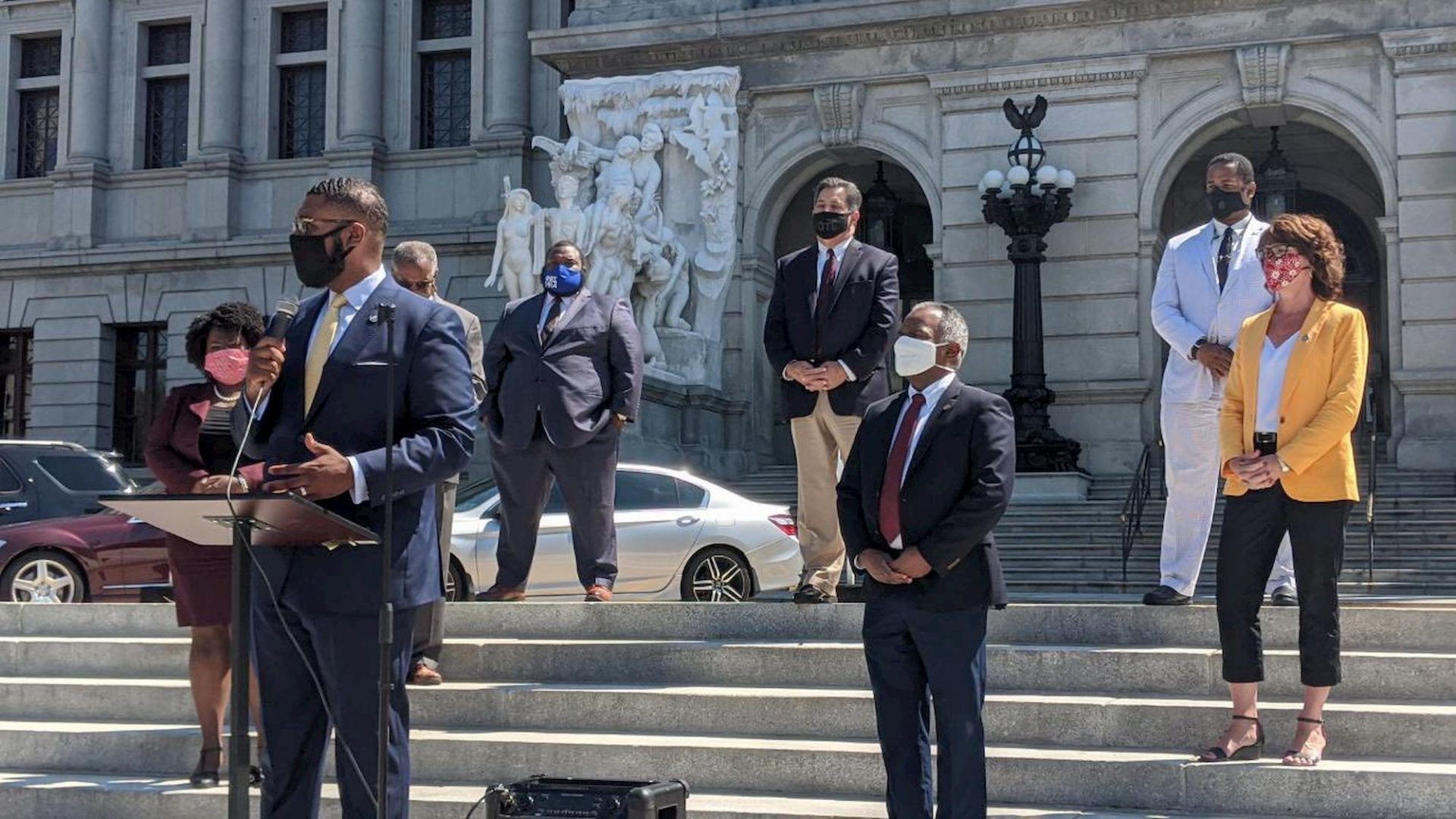 Join our partners at WITF on Thurs. night at 7 p.m. for the third in a series of virtual conversations about systemic racism and injustice. More sessions are planned this summer, each featuring community leaders and focused on specific manifestations of institutional racism. This Thursday’s discussion will explore racial inequality in education. Sign up to attend the free event here. —Emily Previti, staff writer The Pennsylvania Democratic Party and more than a dozen Democratic state legislators filed a lawsuit in state court yesterday seeking to move the ballot return deadline to a week after the general election for any ballot postmarked by Election Day. It also seeks an order that would essentially counter claims made in the federal lawsuit filed two weeks ago by President Trump’s reelection campaign that seeks to tighten rules on how and where counties can collect ballots, and loosen residency rules for poll watchers.

Read my story about the Democrats’ lawsuit. The Philadelphia Inquirer also covered the filing.

As for Trump’s lawsuit, the president’s campaign is seeking to fast-track its case against Pa. Secretary of State Kathy Boockvar and county election officials, who had until Monday to respond to the request for expedited consideration by U.S District Judge J. Nicholas Ranjan. Boockvar and her attorneys essentially said they agree Judge Ranjan should address the matter ASAP. But the first thing to consider is whether the case and/or Boockvar and counties’ arguments for dismissing it even have merit (Trump’s lawyers are hoping to go straight to expedited discovery, etc.).

Boockvar and her lawyers note that state legislators are expected to review the state’s election code after the DoS files a report on how well counties managed the June 2 primary.

“[The report] will have the added benefit of addressing a number of plaintiffs’ discovery requests,” they wrote.

A handful of counties — including York, Crawford, Potter, Huntingdon and Lancaster — filed responses as well.

Their arguments against fast-tracking the case include not having enough time to properly respond to discovery requests.

The counties also claim that the Trump campaign doesn’t have standing, nor do the two Pa. voters named as plaintiffs, because they don’t detail specific allegations of harm. The counties also note that the complaint doesn’t name any voters from 62 of the 67 counties with an election board listed as a defendant.

We’ll continue to follow these Pa. election cases and several others pending in state and federal court. Naijae Spencer, 14, a resident of the homeless encampment on the Ben Franklin Parkway, carries a sign during a demonstration against the city’s plan to clear the encampment by Friday.