September 10, 2019 | 8:37 AM
PA Post launched one year ago today. We’ll have a special edition of The Context out later today to commemorate the milestone. But we wanted to take the opportunity, first thing, to thank you for giving us your time, attention and support during the past 12 months. Feedback, too — please keep your tips, questions, story ideas, etc., coming via email, phone, Twitter DM, etc. Also, please encourage your friends and family to sign up for The Context.  -Emily Previti, Newsletter Producer/Reporter 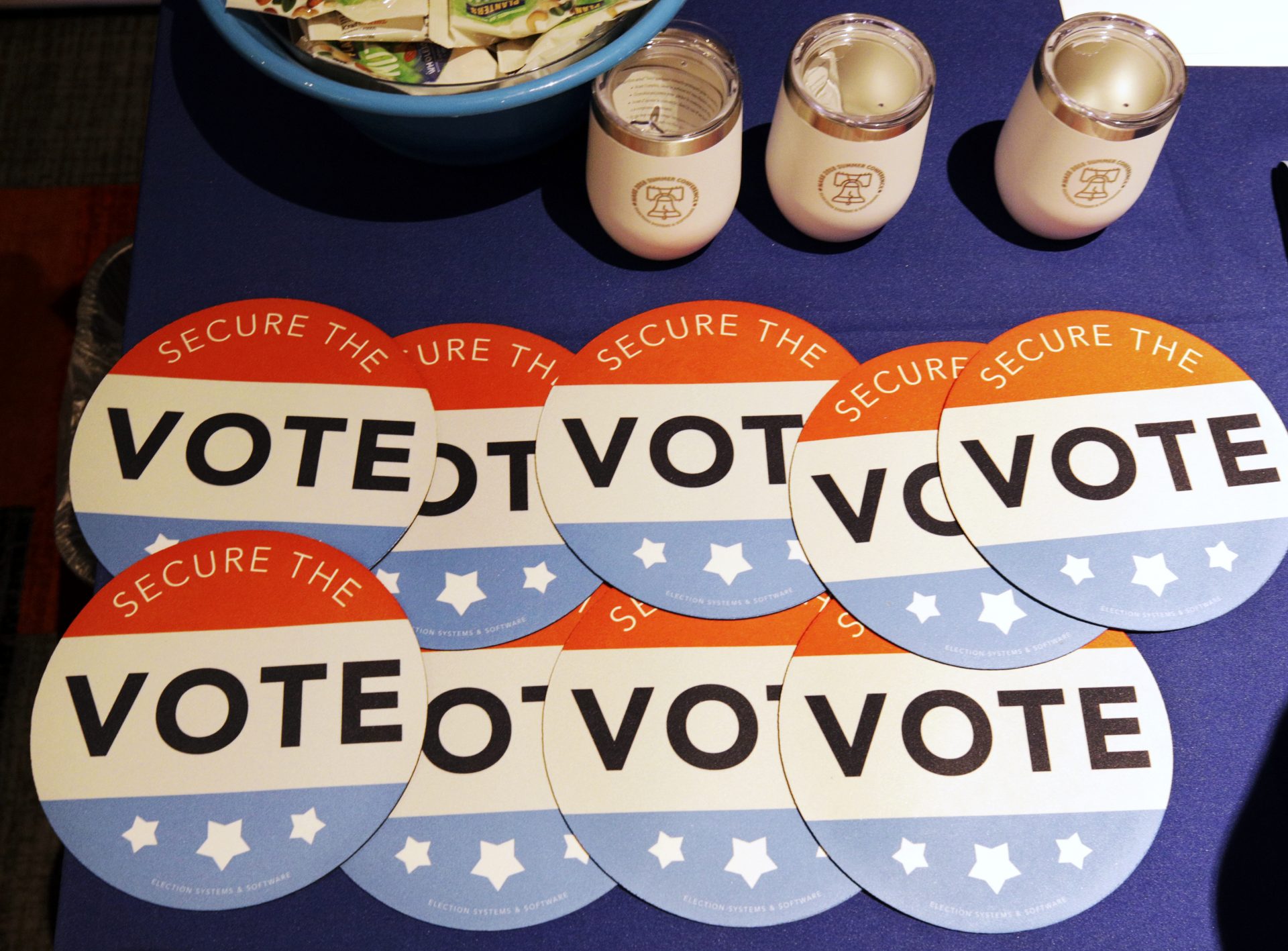 Computer mouse pads with Secure the Vote logo on them are seen on a vendor’s table at a convention of state secretaries of state Saturday, July 14, 2018, in Philadelphia.

In this file photo, people at a community meeting in Abington, Pa. on April 15, 2019 got an update of where the state will test drinking water for levels of the toxic family of chemicals known as PFAS.

Ensuring every Pennsylvanian gets counted