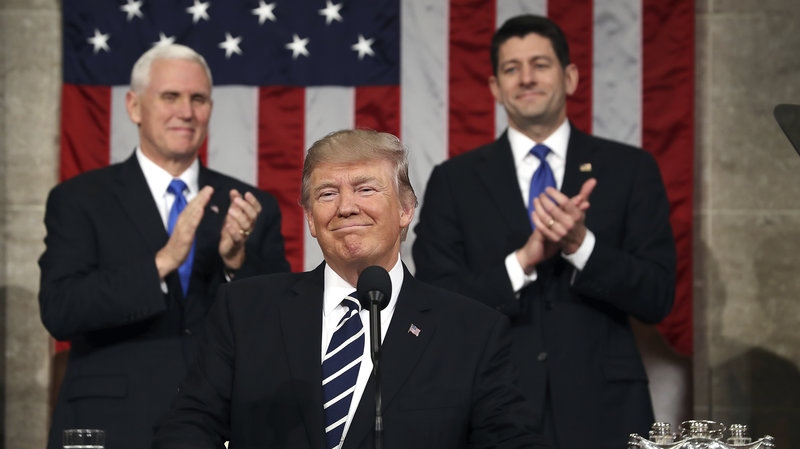 (Harrisburg) — Pennsylvania’s two U.S. Senators will be listening closely to President Donald Trump during his first State of the Union address tonight.

Republican Pat Toomey says he’s interested in what the president has to say about trade, immigration, and national security.

“The path forward in North Korea is still needs to be further refined, and to the extent that the president can share some thoughts on that with us, I think that will be helpful,” Toomey told reporters ahead of the address.

He says he’s also looking for more specifics on a national infrastructure plan, like how to lower costs.

“It’s almost always the case that even simple, modest projects like a road expansion take longer to get an approval for than it takes to actually do the construction,” Toomey said.

Pennsylvania’s Democratic U.S. Senator says he hopes President Trump will offer a vision for the country in his State of the Union Address tonight, instead of just list his accomplishments.

Senator Bob Casey says a major infrastructure plan that could create 15 million jobs would help to unite the country. He says he hopes the president will voice support for that.

Casey also wants the president will encourage both parties to work together on improving healthcare–and not by cutting programs or repealing the Affordable Care Act.

“We need bipartisan efforts, led by the president, to bring down costs and to cover more people,” Casey told reporters on a conference call.

Casey says he will be looking for signals on the future of Medicaid.

“Make a commitment not to decimate Medicaid, like the president supported last year. A group of right-wingers wrote health care bill after bill, and every one of them decimated Medicaid,” Casey said.

Casey is highlighting the issue by bringing Anna Corbin of Hanover, York County, as his guest to the speech.

Corbin has two sons with a serious genetic condition, who are covered by Medicaid.

Speaker of the House Paul Ryan has said he wants to overhaul federal entitlement programs, like Medicaid.

During his campaign, President Trump promised to leave such programs alone.

More recently, he has expressed interest in “welfare reform.”

WITF will air the address tonight, starting at 9 p.m.

Midstate mother to attend State of the Union