The Big Fat Meanies performing in the WITF studio on September 29, 2022, 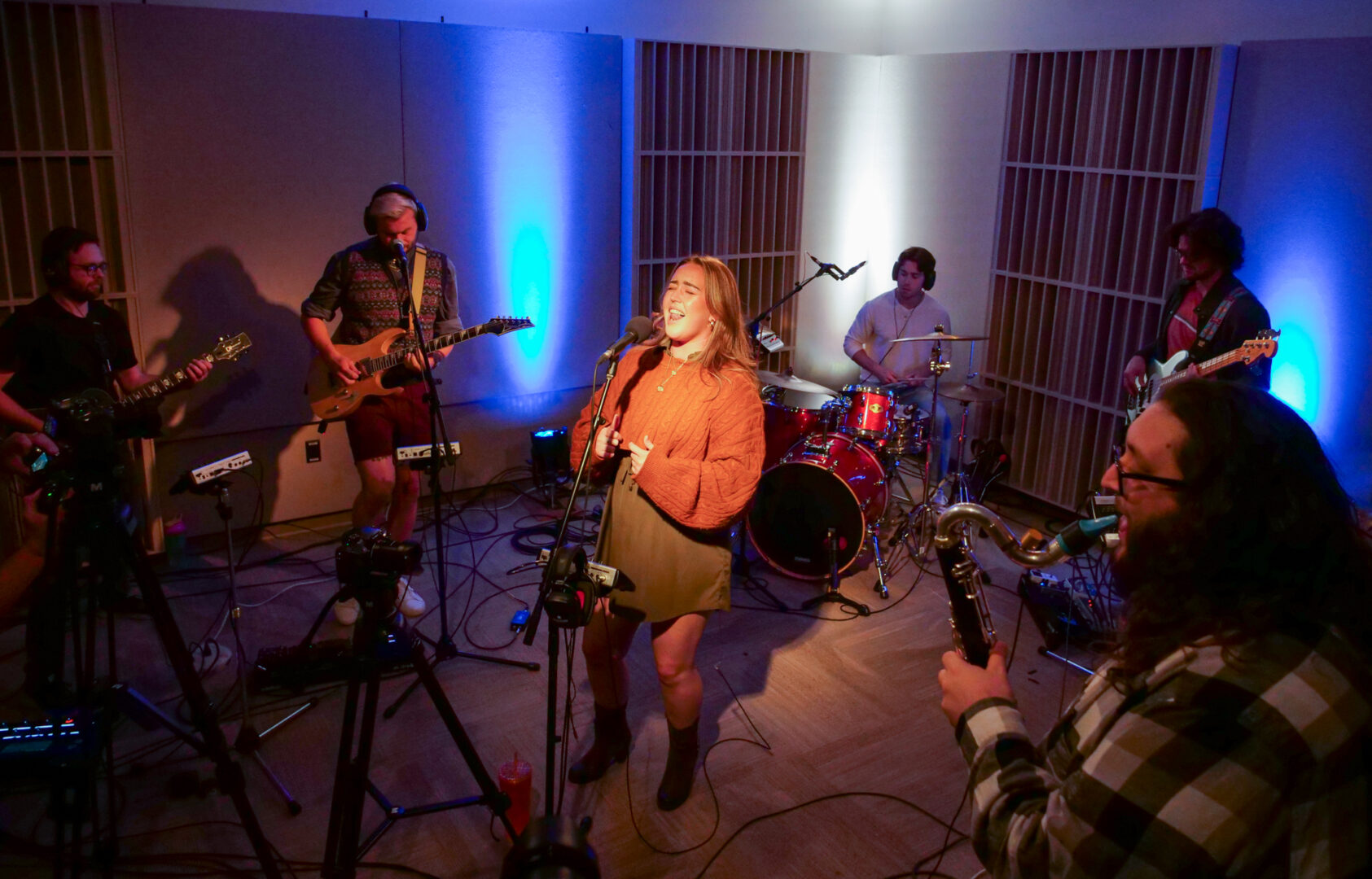 The Big Fat Meanies performing in the WITF studio on September 29, 2022,

Big Fat Meanies aren’t really that mean. In fact, they’re quite nice. The eight-person rock band combines rock, pop, ska, punk and metal. And they were generous enough to take time out of their schedules to cram into WITF’s studio and toot their horns, belt out some melodies and generally rock the joint. Members Brenna Diehl, Rick Ferrarelli and Zander Gawn gave us some of the Meanies’ history. 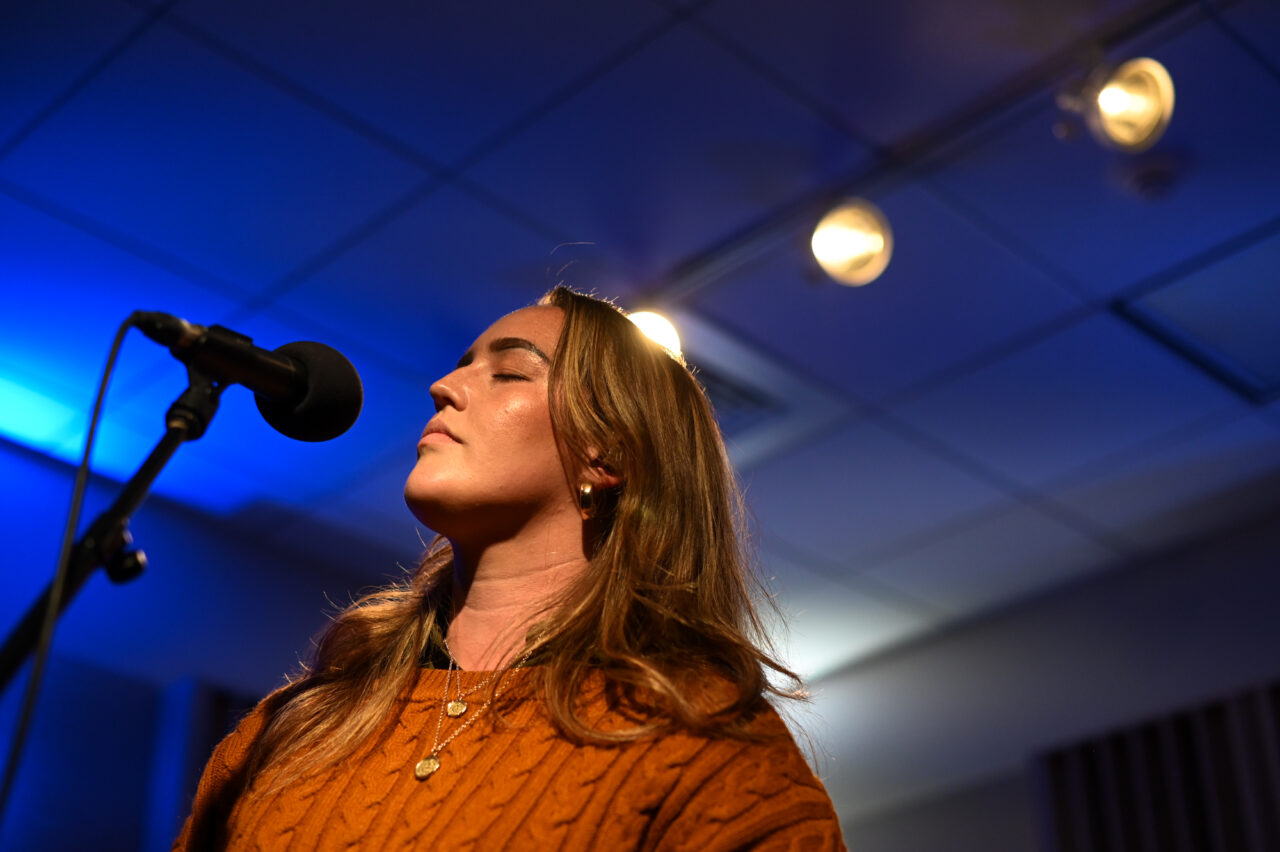 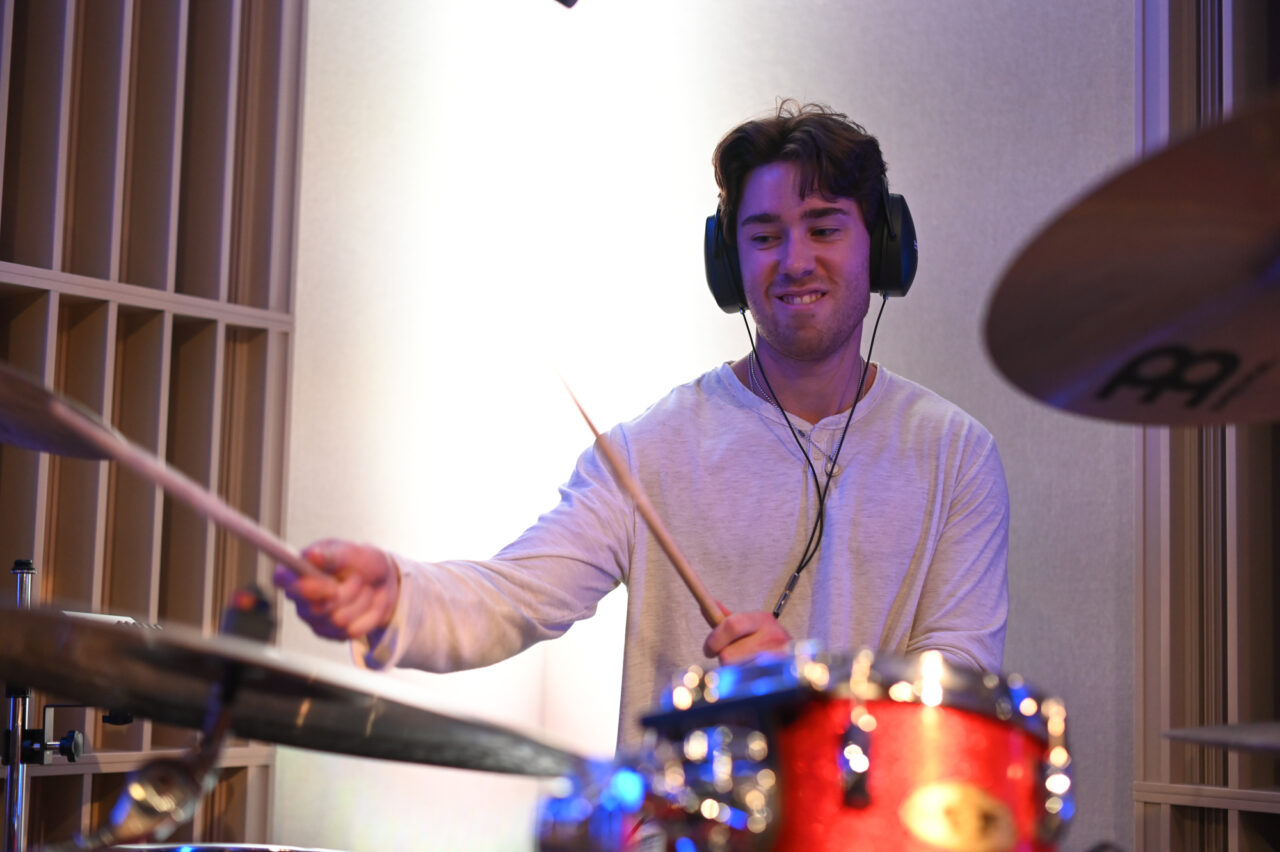 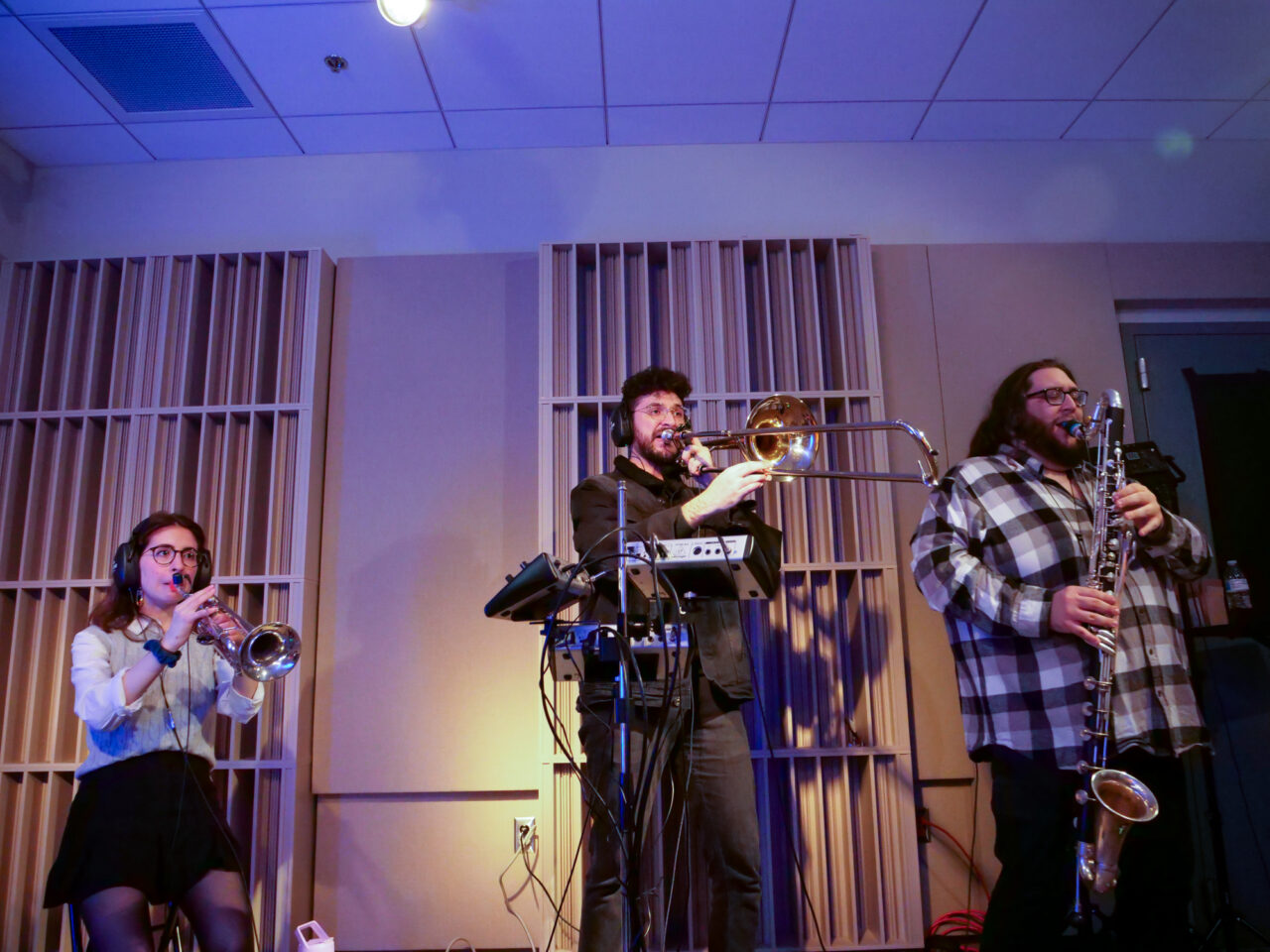 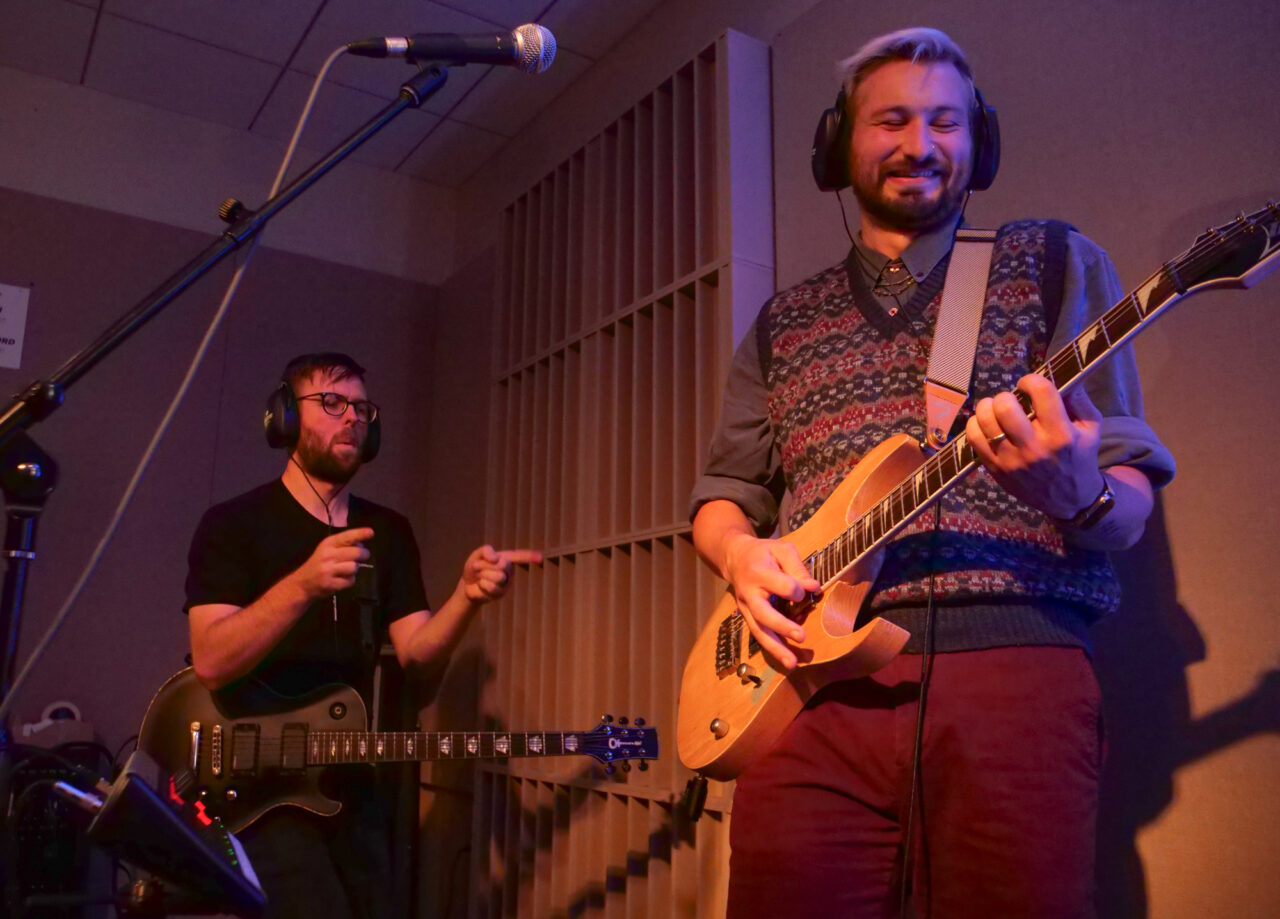 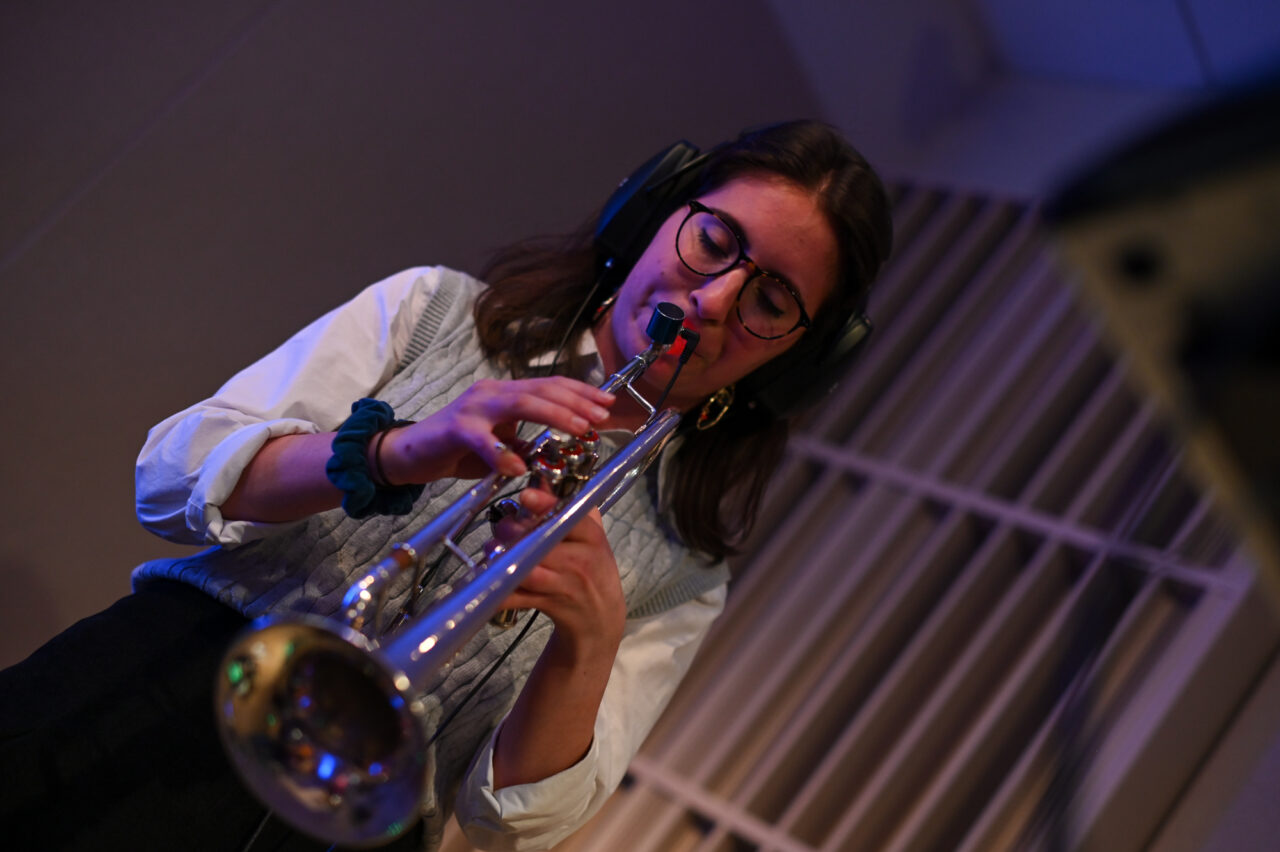 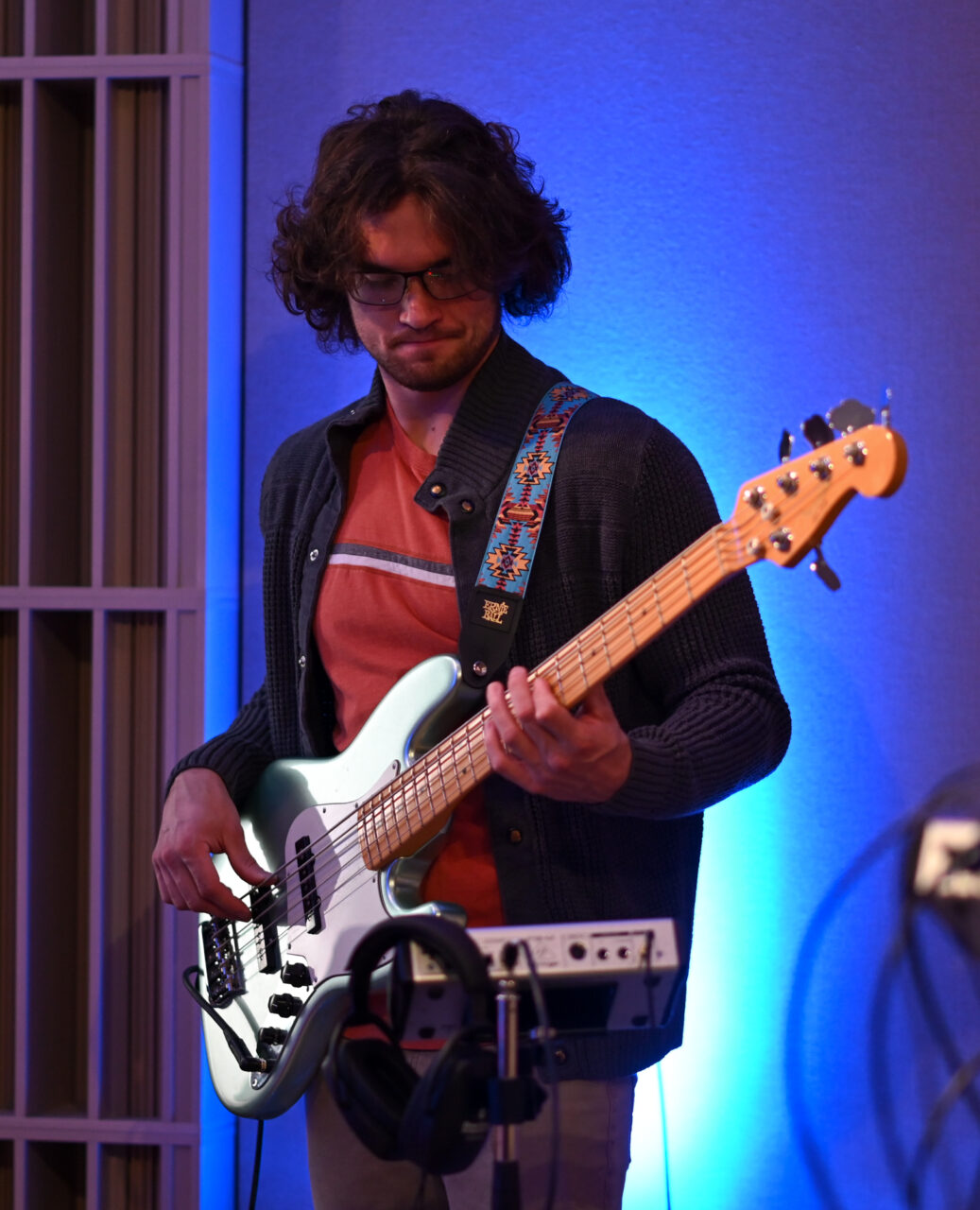 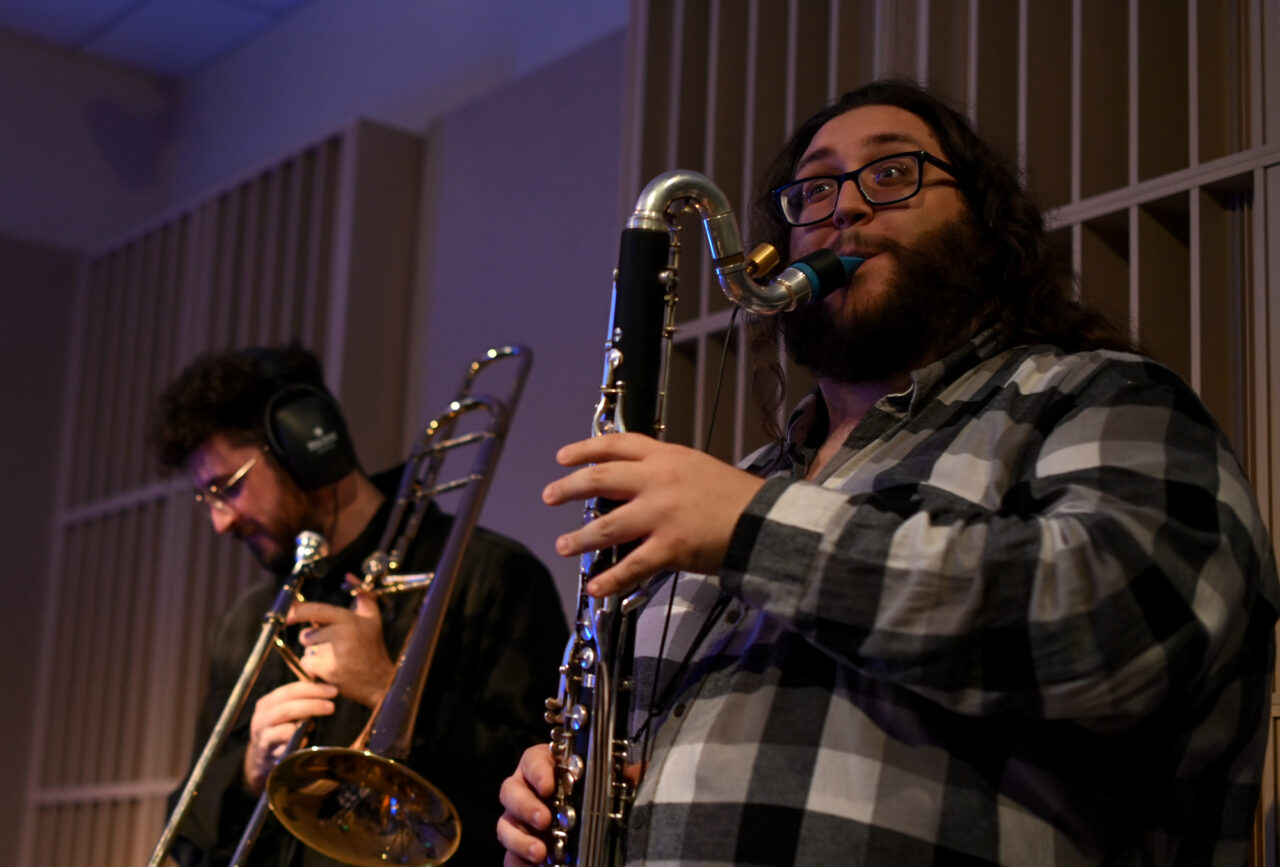 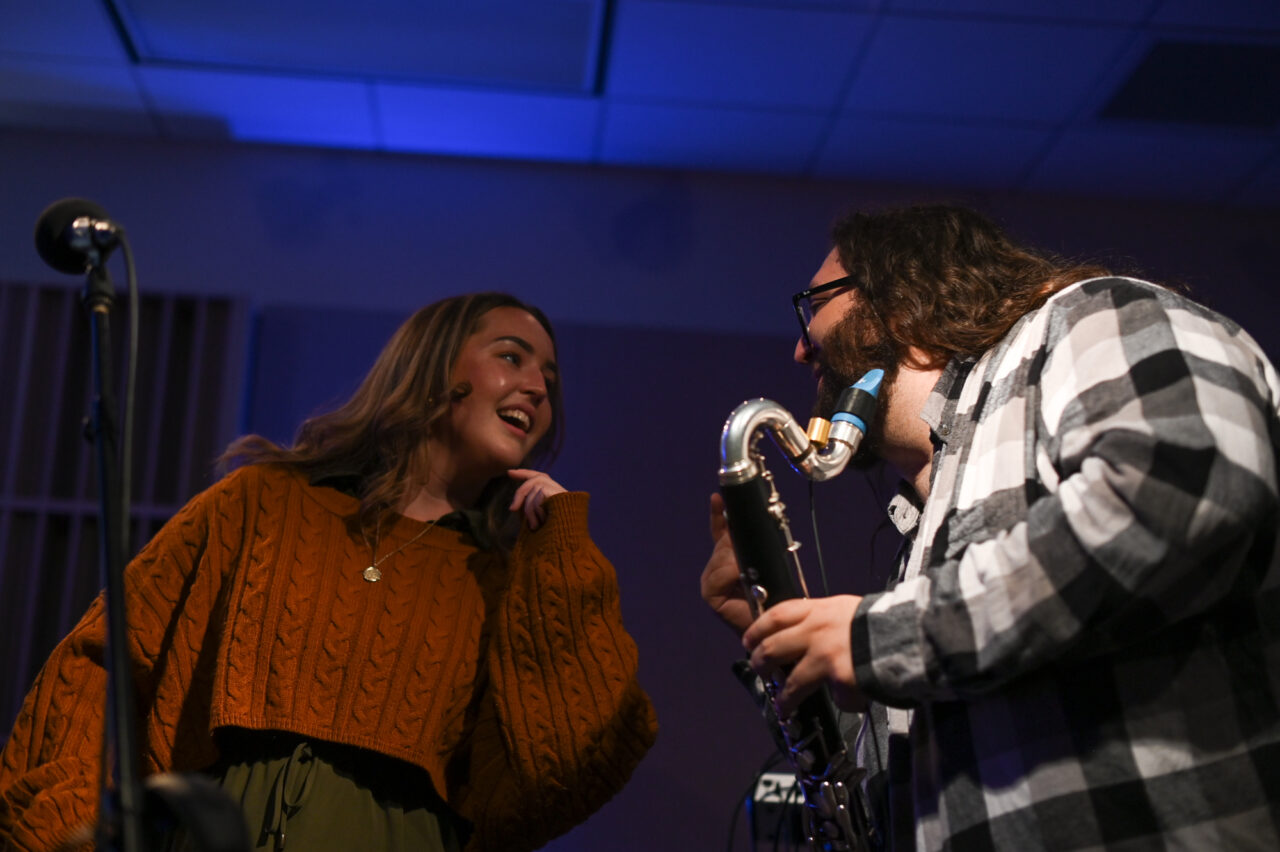 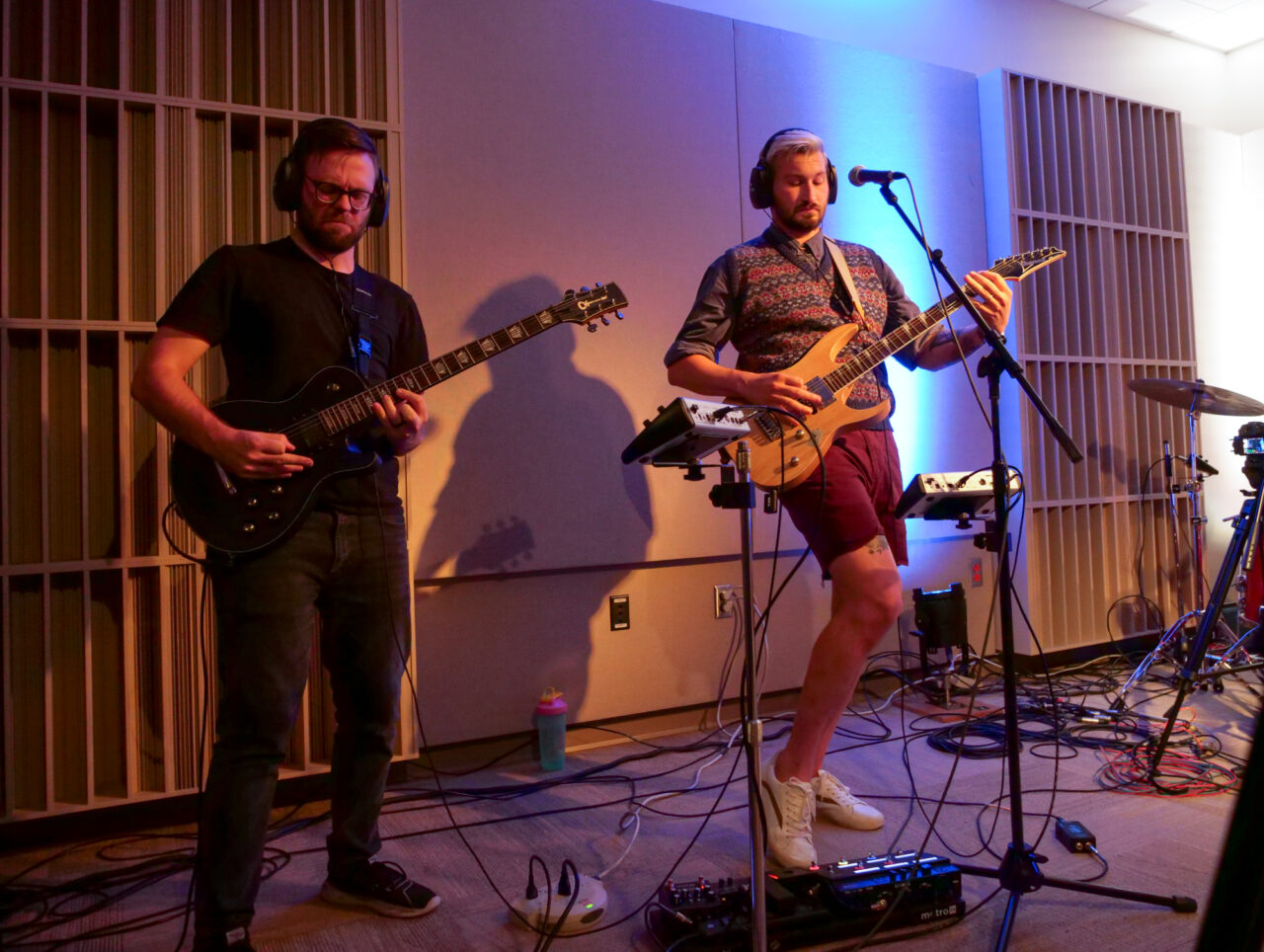 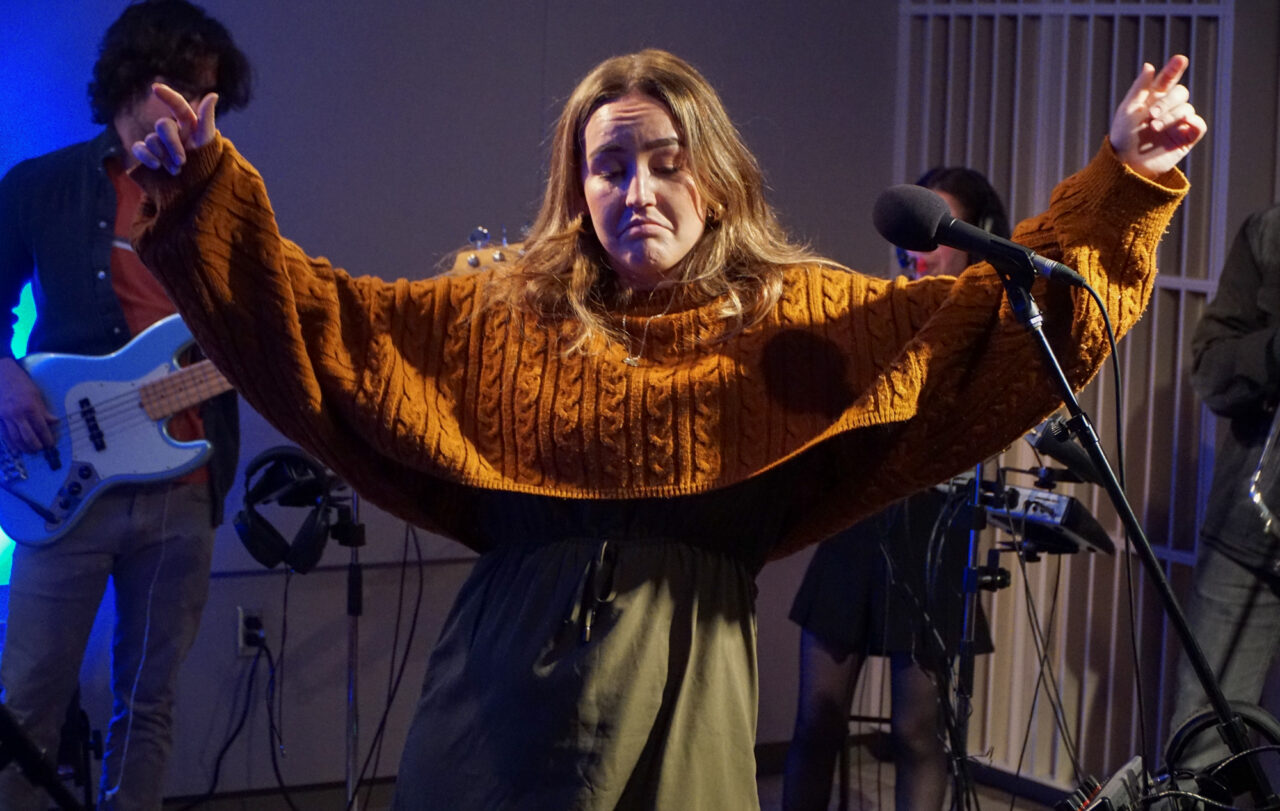 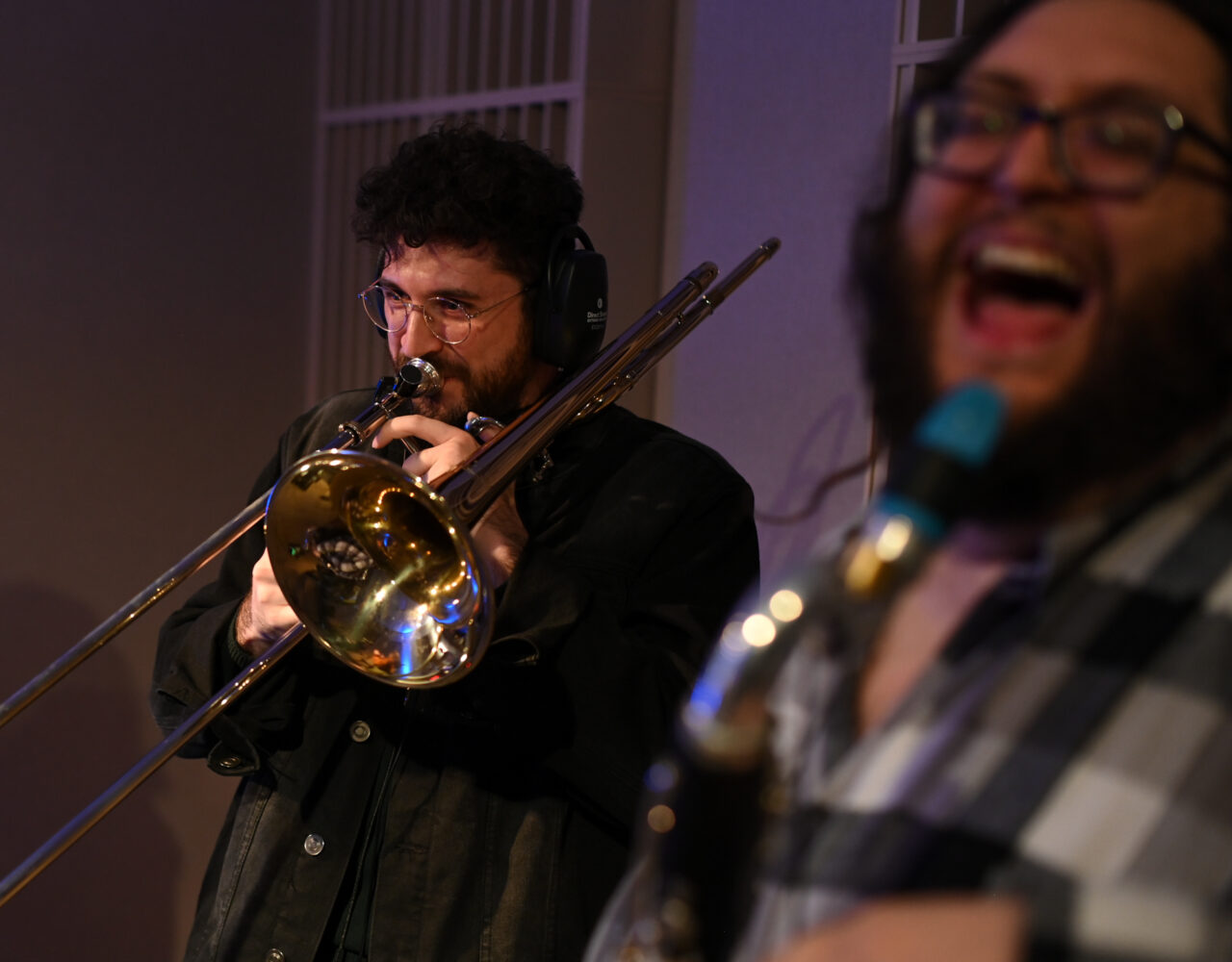 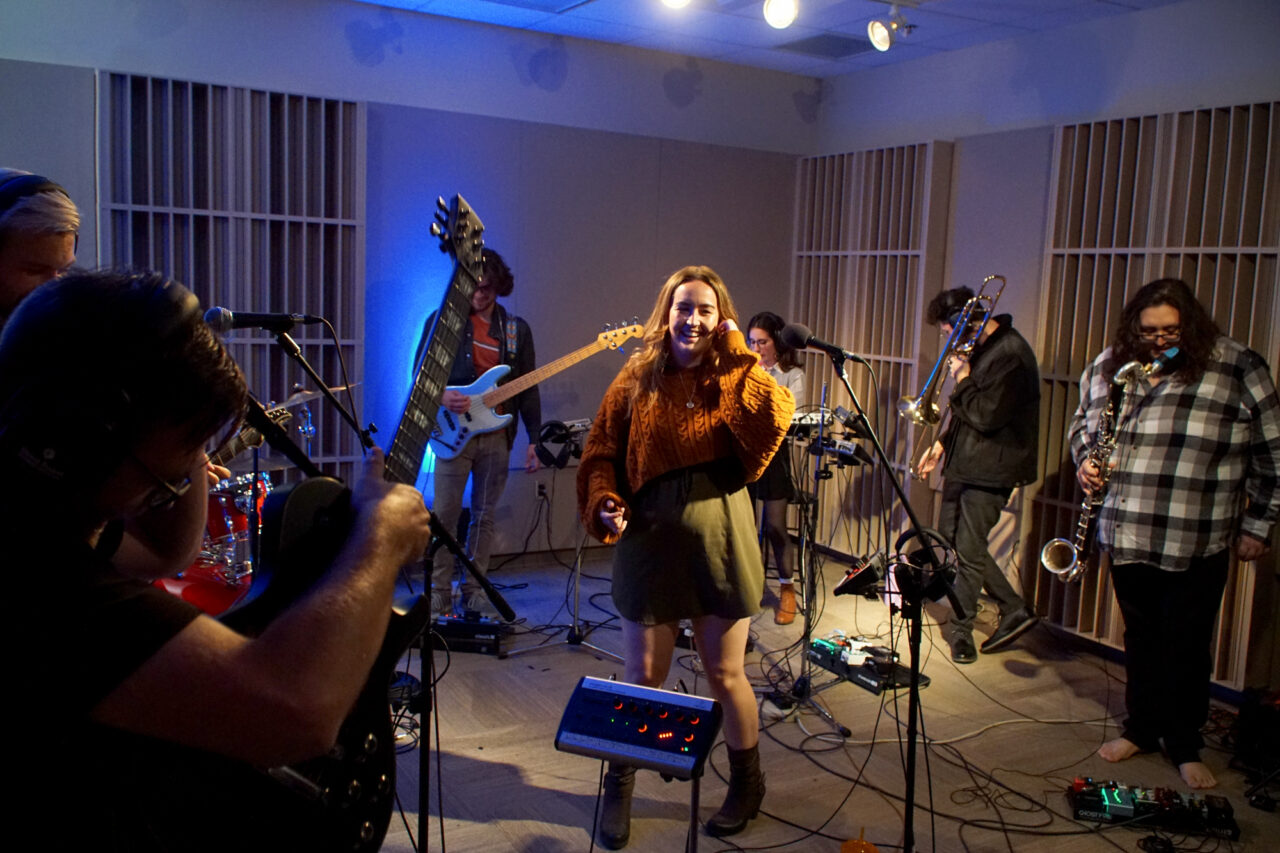 How the band formed

Rick Ferrarelli : I guess officially we formed in 2012, our freshman year of college at Millersville University. Sam, our guitar player and another guy started talking about making this band and then knocked on my door, and was like, ‘Hey, you wanna be in my ska band?’. And then eventually a bunch of the people from our hallway [who were] all music majors formed a band. A bunch of lineup changes later Brenna and Nicole joined. And then Xander and Jason joined, and then the most recent additions have been Tristan and Eric. And it’s been like steady lineup for the past couple years, and it feels really good.

Brenna Diehl: It’s a SpongeBob reference. In the episode where Patrick goes to boating school. He calls Mrs. Puff a big fat meanie. That’s where it came from … and it’s all downhill from there.

Zander Gawn: So the genesis of the group started as a ska band and there were a lot of deep sea references. And we joked that we were a SpongeBob cover band at certain points. But yeah, we’ve definitely evolved from that point. [laughter]

Zander Gawn: It’s a long process if we’re being honest. That’s because we’re detail-oriented. We want to make sure that every part pops and every part’s very intentional. And we go into it with that mindset when writing. and obviously we rehearse the crap out of it.

The demands of self-promotion via social media

Zander Gawn: You have to constantly, constantly be pushing. Being in everyone’s line of sight.

Brenna Diehl: It becomes more of a daunting task because it’s so time consuming. And especially with eight of us in the band, everybody has jobs. But at the same time, we get to get together and make a lot of fun videos. It ends up being so much fun and really rewarding in the end.

Zander Gawn: You’re at the mercy of the algorithm too. So we post and then it’s like Christmas: we’re going to sleep and we’ll wake up and open our presents. So if you have a couple thousand by the next morning, you’re like, ‘Okay, this one hit the mark’. Sometimes it’s only 57, and you’re like, ‘All right, onto the next one.’

Brenna Diehl: We hope that we can make the videos that are catching the algorithm that get us the attention … Then our music will speak for us in that regard and get the attention that way.

Rick Ferrarelli : I’m the woodwind mentor for Music for Everyone. I teach woodwind lessons to any schools who need it in [School District of Lancaster]. And I think at one point or another five out of the eight of us have been involved.

Brenna Diehl: Causal-wise, we have [reusable] water bottles that we sell and we donated proceeds to the ocean cleanup.

Zander Gawn: We’re really committed to creating safe spaces at our concerts for BIPOC and LGBTQ+ populations as well. Some of us identify as queer, so we wanna make sure that we’re creating a culture that is kind and open.

The Phantom Diner Reviews Alfred’s Victorian: Transport Yourself to the Victorian Era and Enjoy a Delightful Meal