Law enforcement work the scene of a mass shooting at a Walmart, Wednesday, Nov. 23, 2022, in Chesapeake, Va. The store was busy just before the shooting Tuesday night with people stocking up ahead of the Thanksgiving holiday. (AP Photo/Alex Brandon)

It was the second high-profile shooting in a handful of days. A person opened fire at a gay nightclub in Colorado late Saturday, killing five people. 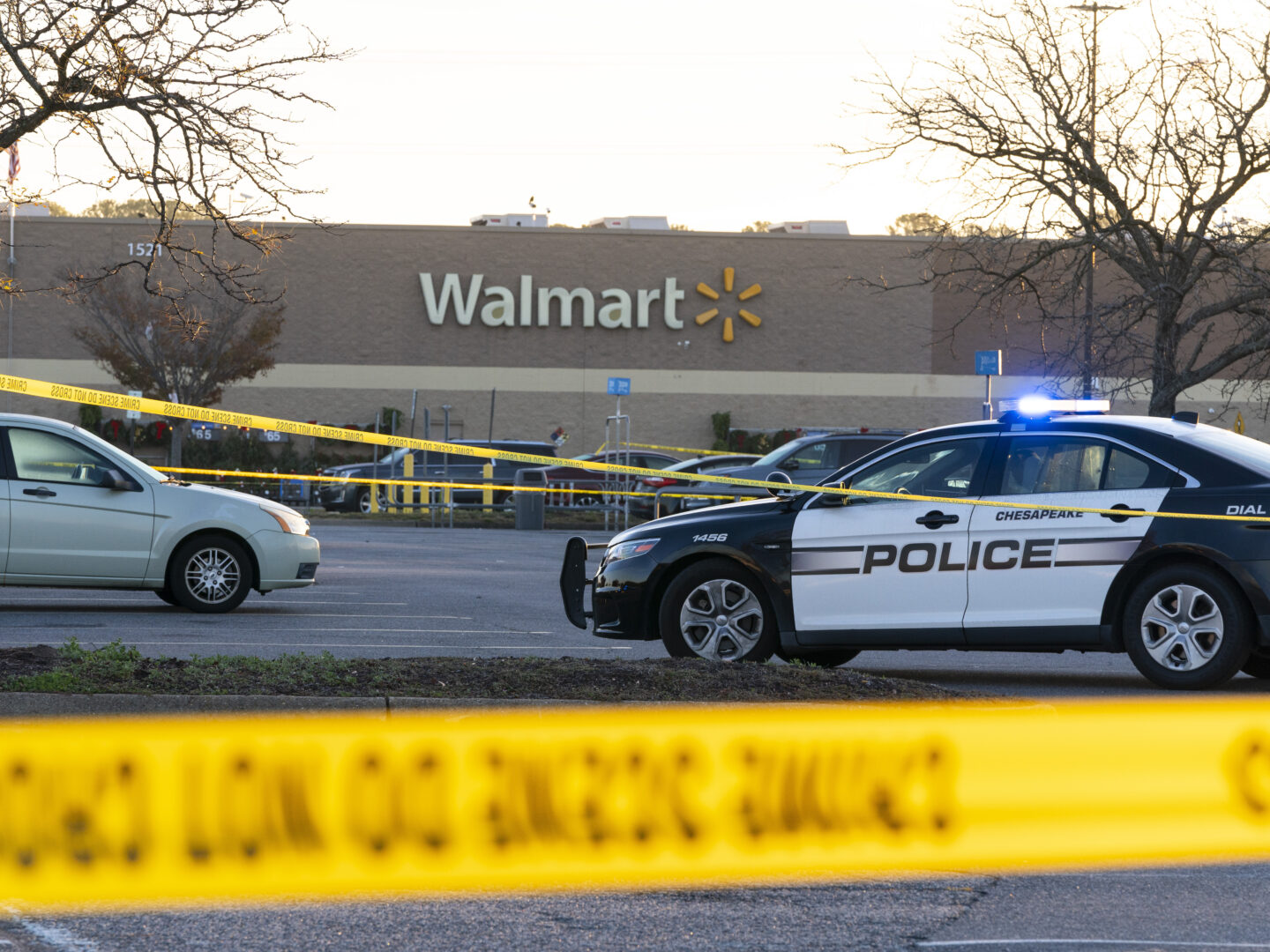 Law enforcement work the scene of a mass shooting at a Walmart, Wednesday, Nov. 23, 2022, in Chesapeake, Va. The store was busy just before the shooting Tuesday night with people stocking up ahead of the Thanksgiving holiday. (AP Photo/Alex Brandon)

CHESAPEAKE, Va. — A shooter opened fire in at a Walmart Supercenter in Virginia late Tuesday, leaving six people dead and four hospitalized in the second high-profile mass killing in a handful of days. Police confirmed that the assailant is also dead from what they believe is a self-inflicted gunshot wound.

In a press conference early Wednesday, Chesapeake Police Chief Mark Solesky said the gunman’s identity would be held until his next of kin had been notified, but that he was an employee of the store.

He was found dead at the scene.

Police declined to comment on whether the victims were shoppers, employees or both. Stressing that it could take days to investigate, police said they couldn’t say whether the shooter had been targeting anyone.

It’s also unclear how many people were inside the store at the time of the shooting, during what are normally popular pre-Thanksgiving shopping hours. 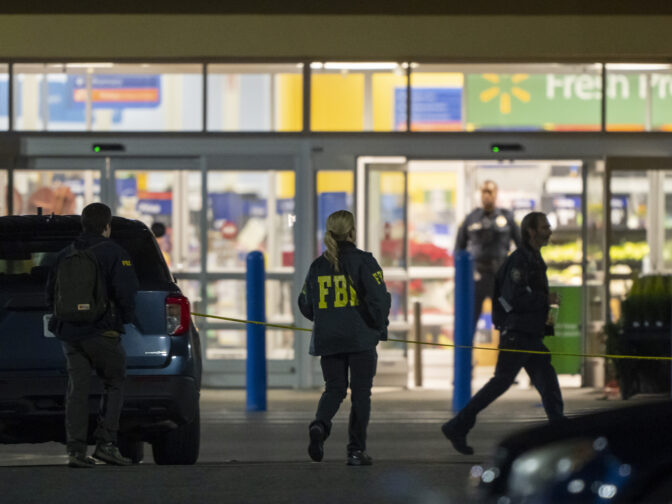 Law enforcement, including the FBI, work the scene of a mass shooting at a Walmart, Wednesday, Nov. 23, 2022, in Chesapeake, Va. (AP Photo/Alex Brandon)

The shooting came three days after a person opened fire at a gay nightclub in Colorado, killing five people and wounding 17. Last week, a former college football player shot three of his teammates on the University of Virginia campus.

And since 2019, Americans have witnessed at least five deadly shootings inside supermarkets, including one that killed 10 shoppers, most of them Black, at a Buffalo supermarket this May.

Tuesday’s shooting also brought back memories of a 2019 shooting in neighboring Virginia Beach that left 12 dead. Then-Gov. Ralph Northam, a Democrat, responded by proposing a range of gun reform measures for Virginia, the state that’s home to the NRA.

After a backlash from pro-rights groups, including a high-profile 2020 rally of thousands of armed protestors, the measures saw mixed success. New rules for background checks and limits on the number of firearms a person can purchase went into effect last year.

Tuesday’s gunman was believed to have been carrying a single pistol and acted alone, Solenksy said.

“Chesapeake Police SWAT Team executed a search warrant at the suspect’s residence,” Solenksy added. “With the help of Virginia State Police, we cleared the house. We have reason to believe that there’s no risk to the public at this time.” 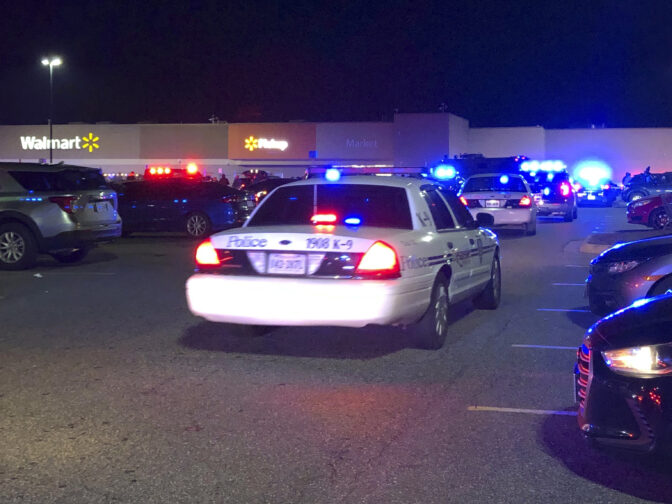 In this image from video Virginia police respond to the scene of a fatal shooting at a Walmart on Tuesday night, Nov. 22, 2022, in Chesapeake, Va. (WAVY-TV 10 via AP)

Four patients from the Walmart are being treated at Norfolk General Hospital, but their conditions weren’t immediately available, authorities said. (A spokesperson for the hospital earlier said they were treating five patients; it’s unclear if one had been released.)

Walmart tweeted early Wednesday that it was “shocked at this tragic event.”

Virginia Gov. Glenn Youngkin echoed that sentiment, saying in a tweet that “heinous acts of violence have no place in our communities” and that he was in touch with law enforcement officers.

Chesapeake Mayor Rick West said in a statement he was “devastated by the senseless act of violence” and described his city as a “tightknit community.”

Chesapeake is a city of about a quarter million people along the southern Virginia coast.