Singer Taylor Swift performs on stage in a concert at Wembley Stadium on June 22, 2018, in London.

Ticketmaster apologized but the bad blood had already been sowed. And now fans — and politicians — have started acting on it. 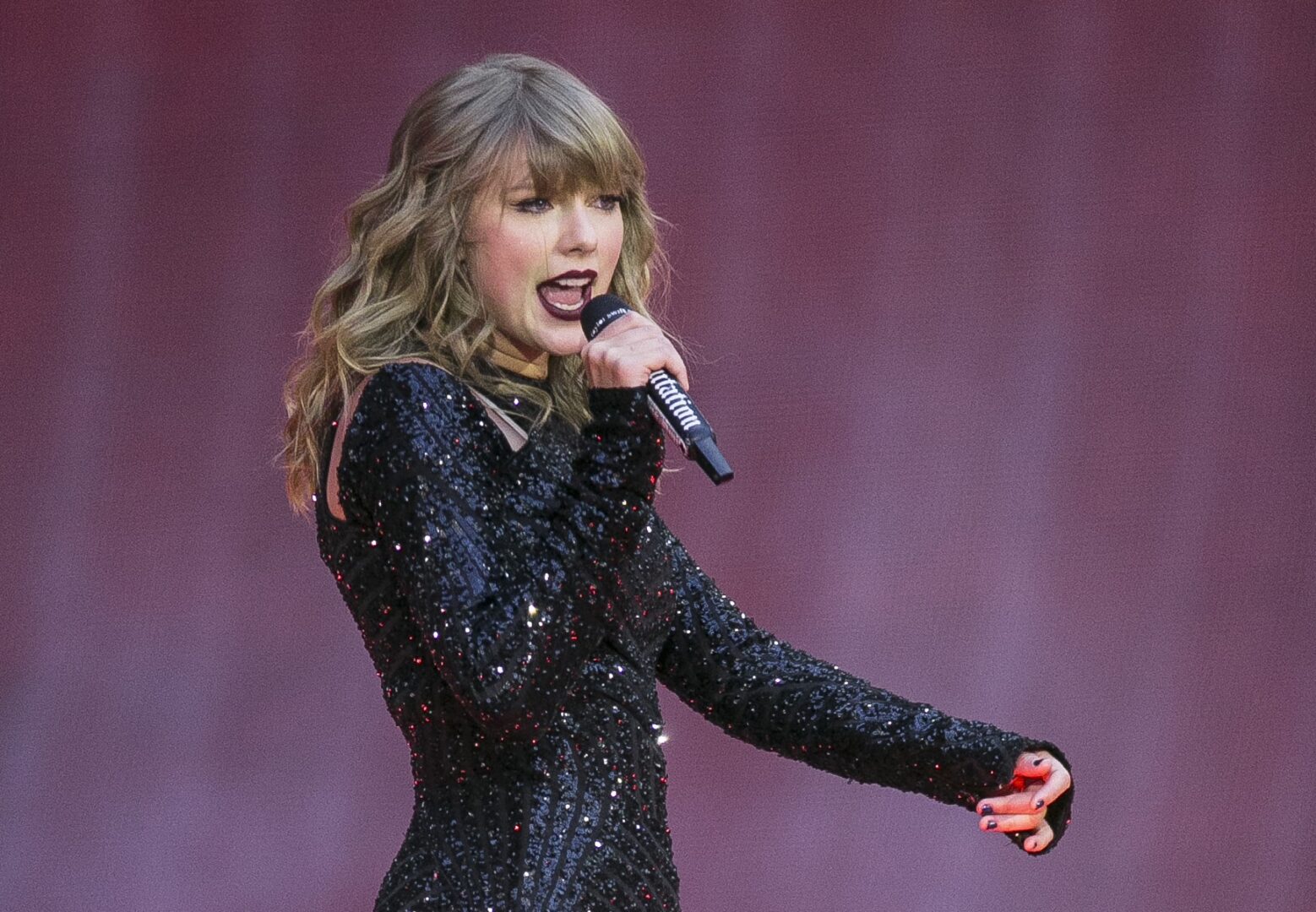 Singer Taylor Swift performs on stage in a concert at Wembley Stadium on June 22, 2018, in London.

Some of Taylor Swift’s fans want you to know three things: They’re not still 16, they have careers and resources and, right now, they’re angry. That’s a powerful political motivator, researchers say.

Look what Ticketmaster made them do.

It started Tuesday, when millions crowded a presale for Swift’s long-awaited Eras Tour, resulting in crashes, prolonged waits and frantic purchases. By Thursday, Ticketmaster had canceled the general sale, citing insufficient remaining tickets and inciting a firestorm of outrage from fans. Swift herself said the ordeal “really pisses her off.”

Ticketmaster apologized but the bad blood had already been sowed. And now fans — and politicians — have started acting on it.

Stephanie Aly, a New York-based professional who has worked on community organizing for progressive politics, for years has thought mobilizing fandoms for social progress could be beneficial.

“Fandoms are natural organizers,” said the 33-year-old Swiftie. “If you find the right issues and you activate them and engage them then you can effect real change.” 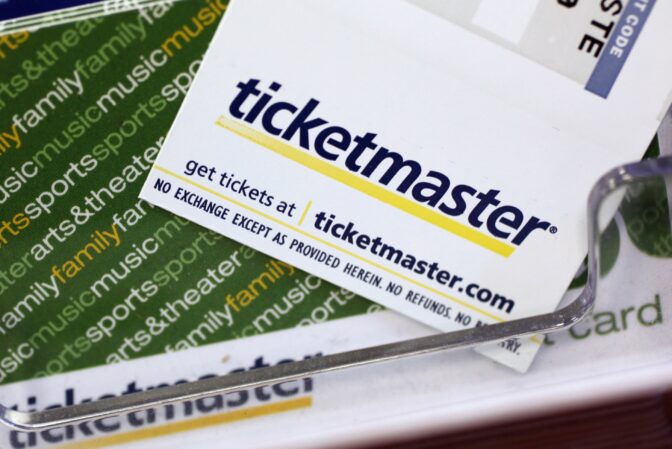 Ticketmaster tickets and gift cards are shown at a box office in San Jose, Calif., on May 11, 2009.

In 2020, for instance, K-pop fans organized to back the Black Lives Matter movement and sought to inflate registration for a Donald Trump rally. Aly and Swifties from different industries — law, public relations, cybersecurity and more — have joined forces to create Vigilante Legal, a group targeting Ticketmaster by creating email templates to petition attorneys general and providing antitrust information. Thousands have expressed interest in helping or learning more.

“The level of anger that you’ve just seen in the country around this issue is astounding,” said Jean Sinzdak, associate director for the Center for American Women and Politics at Rutgers University. “People are really sharing their feelings about that and building a movement about that online, which I really think is quite fascinating. It’s certainly an opportunity to engage people politically. Whether it lasts is hard to say, but it certainly feels like a real opportunity.”

In one way, said Sinzdak, this is giving Swift’s large following of younger people a direct line to seeing how policy takes shape. It’s also targeting a demographic that is seldom courted by politicians during election season.

“Nobody goes out and thinks, ‘Let’s target young women,’” said Gwen Nisbett, a University of North Texas professor who researches the intersection of political engagement and pop culture. “Be it about abortion or student loans, that age group is super mobilized and young women are super mobilized.”

Fan culture and community has boosted that tendency toward mobilization. Nisbett was studying parasocial relationships — when fans have strong one-way relationships with celebrities — in 2018, when the previously apolitical Swift posted an endorsement of Democratic candidates to social media. Nisbett found that while such posts may not determine fans’ votes, they still led to the increased likelihood fans would look for more information about voting — and actually vote.

For the record: AP VoteCast, an extensive survey of the U.S. electorate, showed about a third of Tennessee voters in 2018 said they had a favorable opinion of Swift, and among them, a large majority — about 7 in 10 — backed Democrat Phil Bredesen in the Senate contest. That was in clear contrast to the roughly third of voters who had an unfavorable opinion of Swift and overwhelmingly backed Republican Marsha Blackburn.

For Swifties, the ire for Ticketmaster is not just about a ticket: “It’s the fact that you can’t participate in your community and your fandom and it’s part of your identity,” Nisbett said. 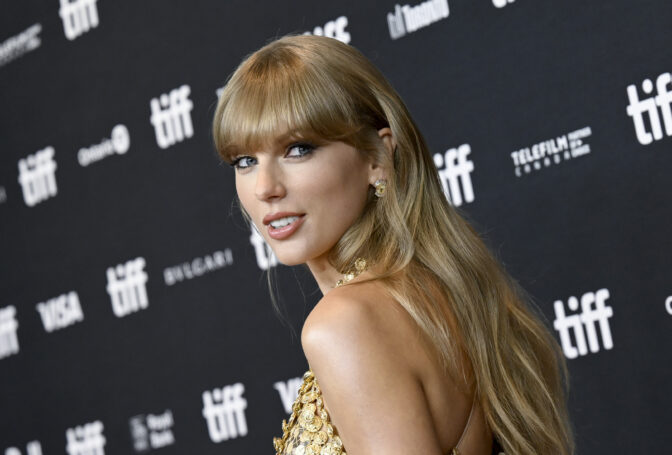 Taylor Swift attends an in conversation with Taylor Swift event at the Toronto International Film Festival on Sept. 9, 2022.

This isn’t even the first time a fandom or an artist has targeted Ticketmaster. Pearl Jam took aim at the company in 1994, although the Justice Department ultimately declined to bring a case. More recently, Bruce Springsteen fans were enraged over high ticket costs because of the platform’s dynamic pricing system.

“It’s not just about getting vengeance for Swifties. It’s not about getting an extra million Taylor Swift fans tickets, or all of us going to a secret session,” said Jordan Burger, 28, who is using his law background to help the cause. “It’s about fundamental equality. And when you have a monopolist like that, it’s just so representative of the class structure of a society where there isn’t equality anymore, there isn’t fairness.”

The sheer power and size of Swift’s fandom has spurred conversations about economic inequality, merely symbolized by Ticketmaster.

Aly noted that quite a few of the members of the group did get tickets; the issue is is bigger than Ticketmaster, she said.

“We’ve gotten some feedback that, ‘This is too big, let the government handle it.’ Have you seen the U.S. government? The government only functions when the people push it to and when the people demand that it function and the people are involved,” she said. “Even when something seems too big to fail or too powerful to fail, there are always enough of us to make a difference. Your involvement may be the thing that pushes it over the edge that forces the government to act.”

Aly says many grown-up Swifties have 10-15 years’ experience of being bullied for liking the singer — but what fans have in mind might be better than revenge.

“We have thick skin and nothing to lose, really,” Aly said.