Survey responses from more than 20 Pennsylvania jails described a growing number of incarcerated people with serious mental health needs, a lack of medical staff, and a complex system for accessing state resources.

A statewide survey of county jails by Spotlight PA and the Pittsburgh Institute for Nonprofit Journalism revealed many facilities admit they are not equipped for the growing mental health crisis. 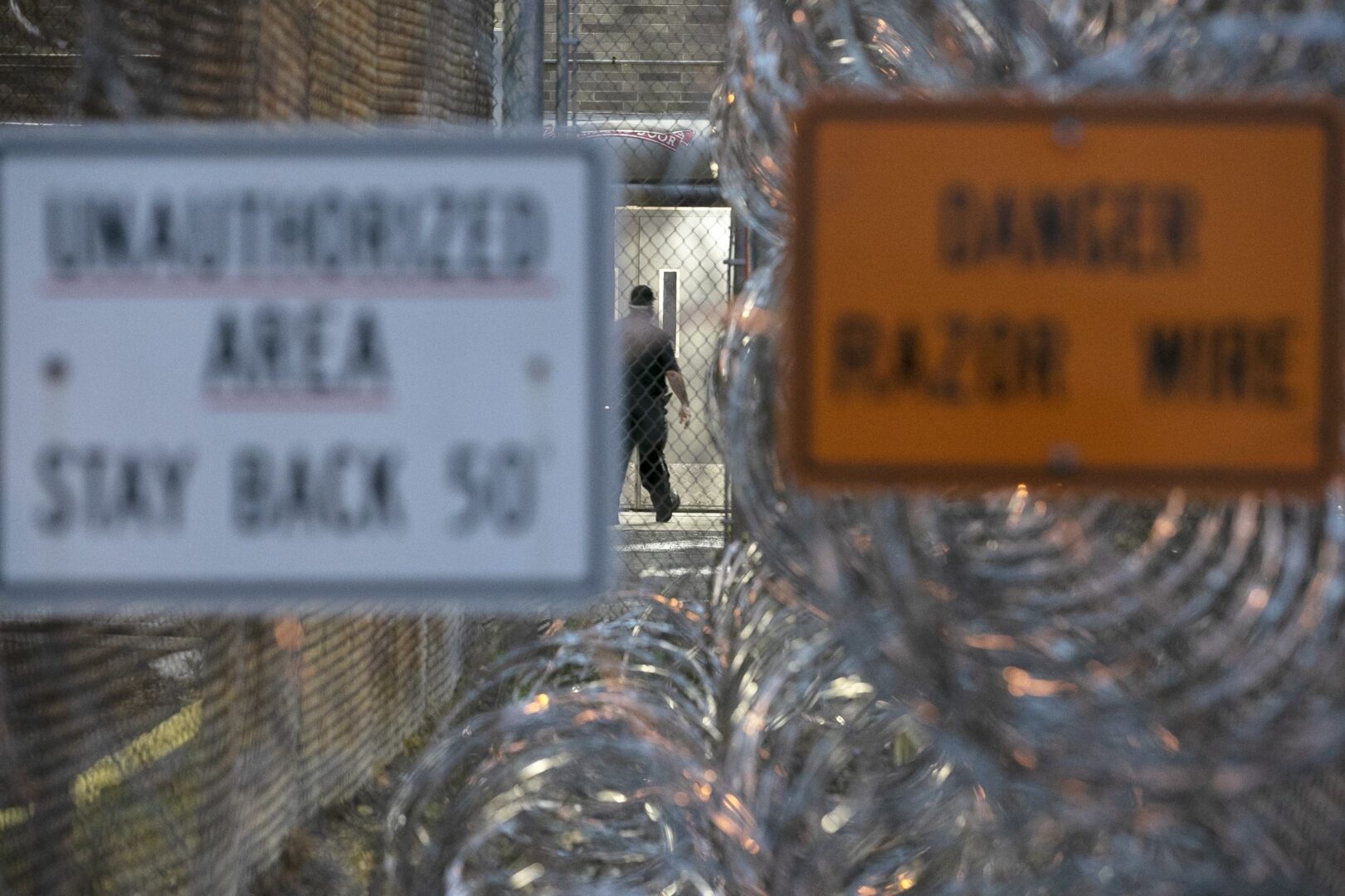 Survey responses from more than 20 Pennsylvania jails described a growing number of incarcerated people with serious mental health needs, a lack of medical staff, and a complex system for accessing state resources.

County jails across Pennsylvania lack the resources to address a growing mental health crisis, putting some of the most vulnerable incarcerated people at heightened risk, according to a statewide survey by Spotlight PA and the Pittsburgh Institute for Nonprofit Journalism.

Responses from more than 20 Pennsylvania jails serving the majority of the state population described similar situations: a growing number of incarcerated people with serious mental health needs, a lack of medical staff, and a complex system for accessing the few resources available from the state.

Wardens, medical professionals, and other jail officials wrote frankly about the challenges they face in providing health care for thousands of Pennsylvanians awaiting their day in court.

“We simply are not trained…nor have a facility to hold those requiring mental health treatment,” said Angela Kern, deputy warden of treatment for Fayette County Prison, in response to the survey.

A ten month WITF investigation found that almost one in three uses of force from twenty five jails during the last three months of 2021 involved a person who was having a mental health crisis or who had a diagnosed mental illness.  In Pa. county jails, people with mental illness are routinely met with pepper spray and stun guns | WITF

“It’s frustrating, stressful on all — the deteriorating individual and the staff.”

Spotlight PA and PINJ sent the survey to every jail in Pennsylvania to understand the state of mental health resources for people behind bars. The 25-question survey asked officials to describe their staffing levels, their ability to provide adequate health care, and any additional challenges they faced caring for people with mental health needs.

The survey also asked jails to rank their ability to address the mental health needs of detainees on a scale of one to five, with one being not at all equipped and five being very well equipped. Only six counties — Allegheny, Centre, Chester, Huntingdon, Lawrence, and Philadelphia — rated themselves a four or higher.

The number of Pennsylvanians with mental illnesses has increased over the past decade, but the services needed to treat them have not kept up, wrote Jeffery Fewell, warden of the Washington County Correctional Facility.

As a result, he said he’s seen more people with more severe mental health needs in his facility.

“This population is severely addicted and is mentally ill,” he wrote. “Over 50% of our current population has a dual diagnosis of mental illness and addiction with high rates of suicide ideation.”

District Attorney Peter Acker serves as president of the prison board in Mercer County, where he said nearly half of the people incarcerated in the local jail are taking psychiatric medication. But other facilities told Spotlight PA and PINJ they have had difficulty achieving even that level of care.

“When individuals are not medicating, we have very little success in getting them started,” wrote William Schouppe, warden at the Beaver County Jail. “Many have been degrading, and we do not have the resources to care for those folks.”

Officials described a justice system that funnels people into jails even when their criminal behavior may be a symptom of their mental illness.

“The jail acts as a de facto social worker,” wrote David Kratz, director of corrections in Bucks County. “If services in the community are not easily available to law enforcement, jail is the easier alternative. Police do not have the time to spend often over 12 hours trying to obtain services.”

Officials in nearby Chester County said they train staff to recognize the difference between “willful disobedience and the inability to follow rules due to mental status.”

“While our county and involved stakeholders are continually making strides in appropriate diversion for the seriously mentally ill, the criminalization of this population continues throughout the United States,” wrote Rebecca Brain, a spokesperson for the county.

“The manifestations of [serious mental illness] in jail might translate to disciplinary infractions, while the same behaviors in a therapeutic setting would be viewed as symptoms of that illness.”

Others were more blunt.

“We appear to be a ‘dumping ground,’” wrote Scott Robinson, warden of the Snyder County Prison. “It is very difficult to get detainees with serious mental health issues into an institution where they can receive proper care. Some can not even control bodily functions and it is a serious drain, mental and physical, on our staff.”

Every jail that responded to the survey said they employ staff or contractors to treat mental health needs among incarcerated people. Yet the survey found that the level of staffing and resources varies by county, creating an uneven landscape where the level of care someone receives in jail largely depends on where they’re arrested.

Most of the metropolitan and suburban jails said they have full-time medical staff, including psychiatrists or psychologists, nurses, and licensed counselors.

The Philadelphia Department of Prisons, for example, runs four jails housing 4,400 people and employs about 325 clinical staff, “a third of whom are behavioral health clinicians,” said Bruce Herdman, chief of medical operations.

The department also runs a psychiatric hospital within the jail system and has real-time access to city records. This allows staff to consider a patient’s treatment history when determining a new course of care.

Mid-sized counties such as Bucks, Chester, Montgomery, and Westmoreland said they have dedicated in-house staff that are employed by the jail or provided by PrimeCare or another company.

But many of the smaller counties said they have just one or two staff members, some working part time, who handle all mental health needs, including initial screenings and follow-up. Some have doctors available via telehealth, but not in-house.

“Oh, do I wish we had a psychiatrist in house!” wrote Kern, the Fayette County deputy warden.

Even facilities with access to a large network of health care professionals identified problems with recruiting and retaining staff, a problem they said worsened during the COVID-19 pandemic.

“Our facility is suffering like most facilities: Staff are hard to find and keep,” wrote Westmoreland County Commissioner Douglas Chew, who also chairs the county prison board.

Fewell, warden of the Washington County jail, echoed his colleagues’ concerns: “Staffing is everything.”

County jails shoulder an additional responsibility if a person’s mental or intellectual condition affects their ability to stand trial.

If the court finds someone “incompetent,” that individual may require specialized treatment before they can participate in any legal proceedings. This treatment is usually provided at two state-run hospitals with extremely limited beds.

Nearly every jail said it currently or recently housed someone who needs this treatment. About 70% of facilities scored themselves at a three out of five or lower for their ability to address competency issues.

In candid answers — some hundreds of words long — jail officials detailed the difficulties of trying to help their most vulnerable residents get the court-ordered treatment they need.

Officials said the process is frustrating and lengthy, and often extends incarceration for people who might not even understand why they’re in jail in the first place. They called on the state to provide alternatives to jail or increase the number of hospital beds available to treat people with competency issues.

When asked to describe the challenges they face helping someone deemed incompetent get treatment, Philadelphia called the process “quite cumbersome.” Beaver County wrote that after waiting months for state hospital beds for two people, jail officials took matters into their own hands and contracted with a company that would come to the jail to provide treatment.

“The system is broke,” wrote Robinson, the Snyder County warden. “It takes too long to get people the help they need. Jails are not equipped to handle serious mental health issues.”

This story is a collaboration between Spotlight PA and the Pittsburgh Institute for Nonprofit Journalism, published as part of a Pittsburgh Media Partnership project.