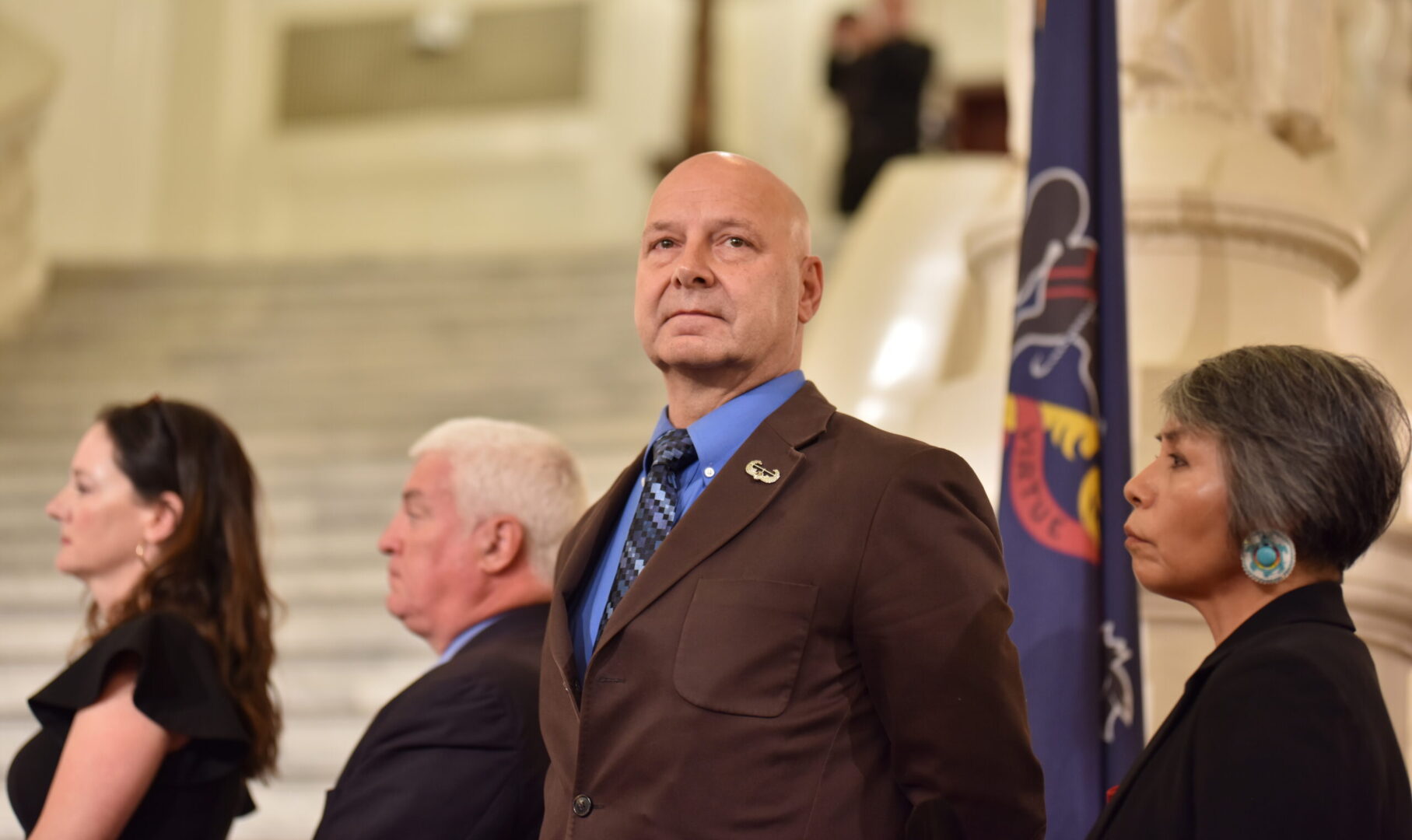 Mastriano, who has spread disinformation about the 2020 election and worked to help overturn the results, ended the voluntary interview he and his lawyer, Tim Parlatore, agreed to back in June after about 15 minutes, the New York Times reported.

Parlatore said in a letter sent just a few days before the interview that Mastriano, Pennsylvania’s Republican candidate for governor, would only answer questions if he were allowed to video-record the proceedings. So far, no witness has been allowed to do that. The letter raises claims about the legitimacy of the Jan. 6 committee that have been rejected by a federal court. Parlatore did not respond to requests for comment about Tuesday’s interview.

Investigators likely would have probed a number of points of interest: Mastriano asked Congress to delay certifying Pennsylvania’s 2020 presidential vote – without evidence of wrongdoing – and was filmed marching with protestors past U.S. Capitol police barricades on Jan. 6th. Emails exchanged between former President Donald Trump’s campaign officials show Mastriano was a key figure in a scheme to send Congress a slate of Republican electors falsely purporting to represent Pennsylvania’s electoral college vote.

Mastriano addressed his ties to Jan. 6th in a pair of statements released last year. In the first, released hours after the attack, Mastriano said he never entered the Capitol, that he left before any violence occurred, and never crossed police lines. In the second, which was released after videos showing him crossing police lines were uncovered, Mastriano said he followed those lines “as they existed.”

Mastriano also talked with his supporters on the evening on Jan. 6 in a Facebook Live video, calling the Capitol attack “a form of terrorism.”

The state senator hosted a Senate Majority Policy meeting in Nov. 2020 that aired baseless claims of election fraud. Jan. 6 committee witnesses have said that hearing was part of a Trump-led effort to keep the former president in power – an effort they have tied to last year’s violence that injured more than 100 U.S. Capitol police officers.

Jon Lewis, a researcher at George Washington University’s Program on Extremism, has been keeping track of the Select Committee’s work. He said there are still-unanswered questions about Mastriano’s activities on Jan. 6; the GOP gubernatorial candidate appears in a photograph to be taking pictures of the march on the U.S. Capitol, but has not publicly shared those pictures.

“The committee has…offered Mastriano ample opportunity to tell his side of the story,” Lewis said. “But this appears to be an attempt to run the clock out until the November election.”

“We have seen [this] time and time again,” he said. “But in every instance so far, you’ve seen judicial responses that have said there is no absolute executive privilege or illegality when it comes to the committee.”

Multiple Republican leaders have already provided evidence that former President Trump led efforts to keep himself in power – including efforts on January 6th. Lewis said Mastriano’s testimony would help investigators shed light on his actions during the Capitol attack – and about efforts to keep Trump in power.

“[But] especially when you consider the implications for Mastriano, the potential statements that may come out during testimony that he may not want publicized, it of course makes sense for him to want to run the clock out and throw up any legal challenges he can,” Lewis added.

Parlatore, Mastriano’s lawyer, has signaled he might sue the Jan. 6 committee for not letting the state senator record Tuesday’s interview. Legal challenges against the panel have so far been unsuccessful.

Doug Mastriano to appear for questioning by House Jan. 6 panel Tuesday, but it may be short