Secretary-treasurer of the AFL-CIO Elizabeth Shuler speaks at the Lincoln Memorial during the March on Washington, Friday Aug. 28, 2020, in Washington, on the 57th anniversary of the Rev. Martin Luther King Jr.’s “I Have A Dream” speech. (Olivier Douliery/Pool via AP)

Workers are fed up, and that’s a good sign for unions, national labor leader says in Pittsburgh

New federal data that shows that 44 million people quit their jobs in the U.S. 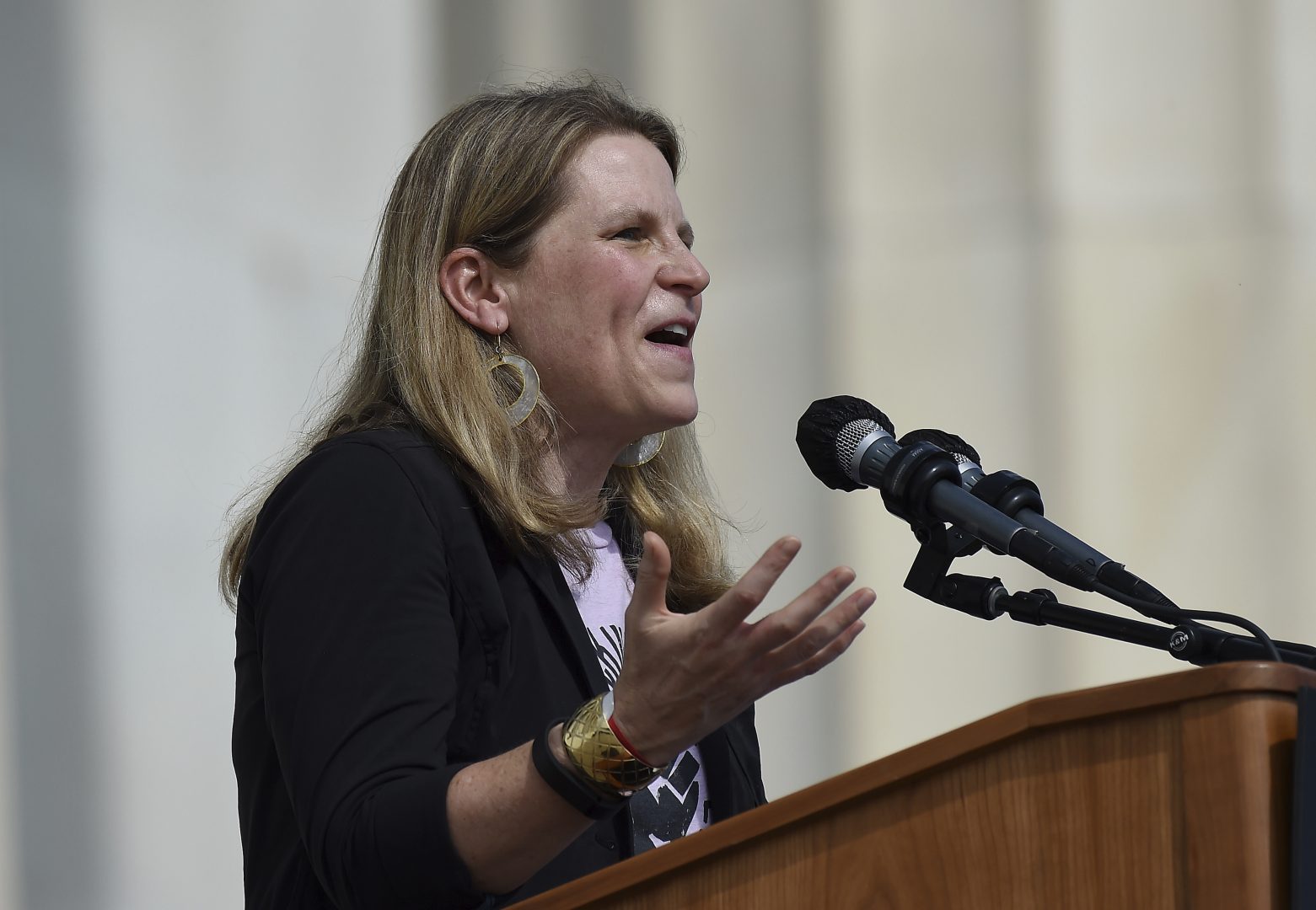 Secretary-treasurer of the AFL-CIO Elizabeth Shuler speaks at the Lincoln Memorial during the March on Washington, Friday Aug. 28, 2020, in Washington, on the 57th anniversary of the Rev. Martin Luther King Jr.’s “I Have A Dream” speech. (Olivier Douliery/Pool via AP)

The spike in quitting that has accompanied the pandemic represents a “generational opportunity … to galvanize workers,” one of the nation’s top labor leaders said Tuesday in Pittsburgh.

“Workers are fed up. They’re fired up. They’re exhausted. They’re frustrated. And for many of them, the pandemic was the tipping point. They’re tired of risking their health and safety for a crappy job,” AFL-CIO President Liz Shuler said.

She addressed a ballroom full of union delegates, who collectively represent 700,000 workers across Pennsylvania. The delegates are meeting this week at the Omni William Penn Hotel in downtown Pittsburgh for a convention that the state’s AFL-CIO chapter hosts every other year.

Shuler’s remarks coincided with the release of new federal data that shows that the number of people who quit their jobs in the U.S. again reached a historic high last month. The figures published Tuesday show that 4.4 million of the nation’s workers quit in February, up from 4.3 million in January. A record 4.5 million quit in November.

“We’ve been hearing all over the media about this so-called ‘great resignation’ … ‘the big quit,’ whatever you want to call it,” Shuler said. “I’m calling it the great realignment or the great reimagination, the great reawakening because workers are saying, ‘No, I’m not going to do this anymore. I’m not going to just work a terrible job with low pay. I’m done.’”

But beyond pay, Shuler said workplace culture has become an even bigger factor motivating workers to quit.

“Unfair treatment, burnout, toxic environments, bad bosses, bad coworkers, bad customers — these were the drivers. People are sick of it,” she said, citing a survey the AFL-CIO conducted with 10,000 respondents who voluntarily left their jobs.

The labor group said it has yet to publish the survey results, but Shuler said they show that bad hours and childcare needs also prompted workers to quit.

She noted that unions have become more popular in recent years. In fact, a Gallup poll from last summer found that public approval of organized labor reached 68%, its highest level since the 1960s.

Yet union membership has declined for decades. Today, about one in every 10 workers nationally belongs to a union, according to the U.S. Bureau of Labor Statistics.

The majority of Americans consider the long-term drop in union membership to be a problem for the country and working people, Pew Research Center reported last month. And Shuler said the yet-to-be-released AFL-CIO survey finds that people who quit their jobs thought their workplaces might have improved through collective action with colleagues.

But Shuler said that sentiment generally did not translate into a desire to join or form a union.

“People are finally seeing that this idea of coming together makes the difference,” she said. “But they now need to … take that next step: It’s about coming together in a union”

Still, she and other labor leaders said Tuesday that they were heartened by the successful efforts of University of Pittsburgh faculty members, Kane nursing home staff, and Coffee Tree Roasters baristas to unionize.

Frank Snyder, Secretary-Treasurer of the Pennsylvania AFL-CIO, said his group will seek to capitalize on growing support for organized labor by electing pro-union candidates to office.

The organization has identified Pennsylvania attorney general and gubernatorial candidate Josh Shapiro as one such candidate. The Democrat has received the state AFL-CIO’s endorsement in this year’s race for governor, and he spoke at the group’s convention Tuesday.

Snyder said, at the federal level, new legislation is needed to expand protections for workers who seek to unionize. He said such policies would help to increase union membership by reducing the risk that employees will be terminated if they seek to form a union.

“It’s okay to say good things about your union. It’s okay for workers to be out there wearing their union colors,” he said. “We have to advertise what we do. … There’s too many folks, young folks in particular, that are looking for something, but they’re not really quite sure how they go about … joining with one another to make their workplace better. And that comes through organizing a union. “

Snyder is running to replace retiring Pennsylvania AFL-CIO President Rick Bloomingdale. Delegates will choose their next president at this week’s convention, and so far, only Snyder has publicized his intent to run.