Current state law says police officers attempting to arrest someone can use deadly force in order to prevent death or serious injury to themselves or others.

(Harrisburg) — The pending homicide case against a former Philadelphia police officer went before Pennsylvania’s high court on Tuesday, where justices appeared conflicted about whether and when they might change state law on police use of deadly force during arrests.

The state Supreme Court appeal was brought by the Philadelphia district attorney’s office on the eve of former officer Ryan Pownall’s trial, with prosecutors arguing that federal standards should trump the Pennsylvania statute.

Pownall, 39, is accused of third-degree murder in the shooting death of David Jones after a June 2017 confrontation over Jones riding a dirt bike on a Philadelphia street.

Pownall has indicated he may invoke a defense that he’s justified under state law governing how police may use deadly force. The justices have to decide whether to uphold the existing state law or throw it out, and if any changes should apply in Pownall’s case.

Current state law says police officers attempting to arrest someone can use deadly force in order to prevent death or serious injury to themselves or others. They can also use deadly force if they believe it’s needed to prevent a suspect from avoiding arrest or escaping, while at the same time believing the suspect committed or tried to commit an escape or “forcible felony” and has indicated they have a deadly weapon. 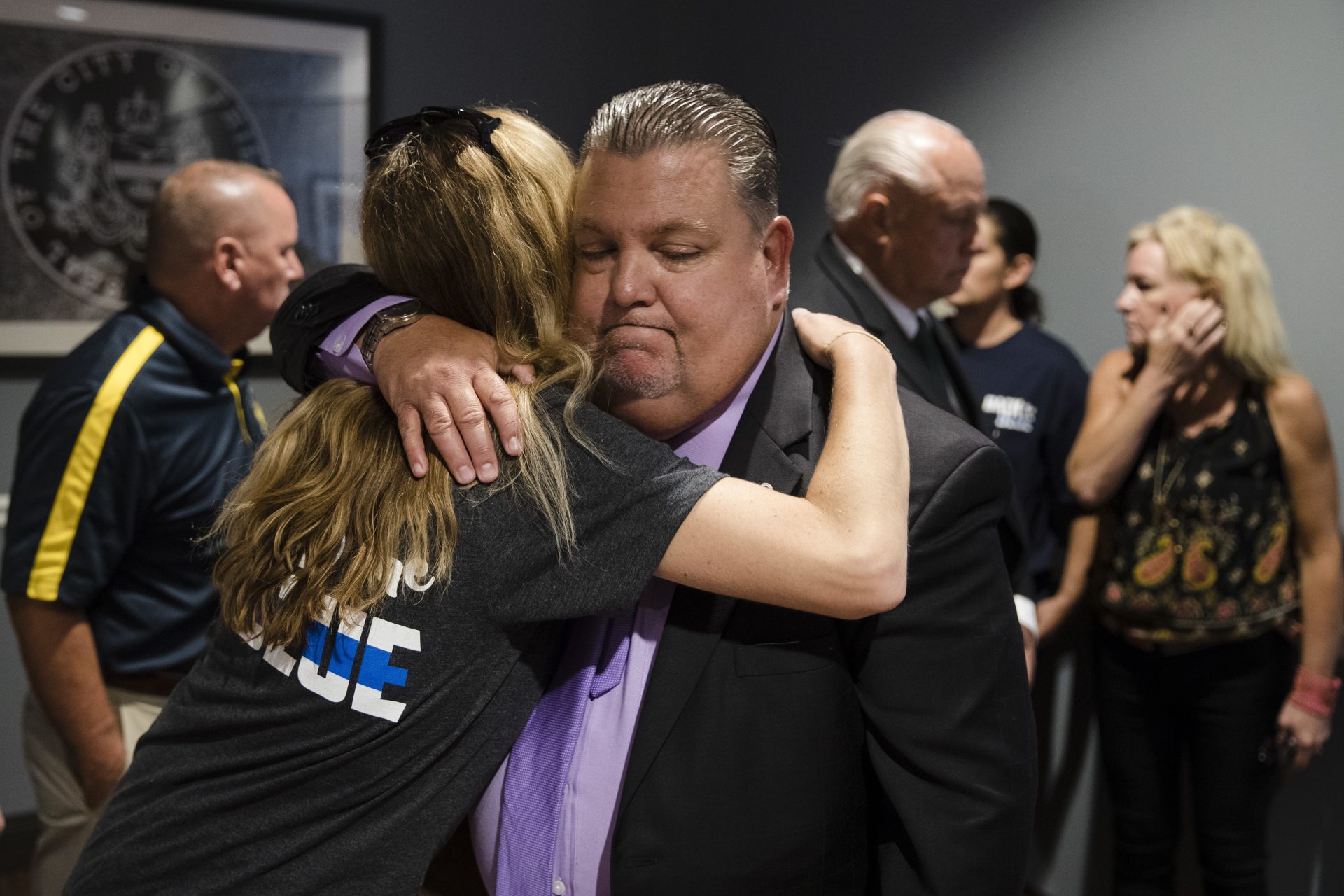 Justice Kevin Dougherty said he was concerned that the case has not gone to trial, so there is no evidence for the Supreme Court to take into account.

The Philadelphia trial judge in the case denied prosecutors’ motion regarding what the jury will be told about the law on use of deadly force by police when making an arrest.

“I’m really confused as to why, procedurally, you think you have a right to come to this court and ask us to strike something when it’s not even before us,” Dougherty said.

Philadelphia deputy prosecutor Matt Davis said his office sought an appeal after the potential use of what they consider an unconstitutional defense had been raised. Addressing that issue would not open the floodgates for similar pretrial motions in other cases, he said.

“I don’t think this would be warranted in every case where the commonwealth disagrees with something that’s going to be raised at trial,” Davis said. “And certainly, I think this court could craft a ruling that limits it in that way.”

Pownall’s attorney Charles Gibbs said the court should have the type of evidence that a trial would produce to properly evaluate the constitutional issue — evidence such as what was going through Pownall’s mind and the full circumstances of the shooting.

“To say that we are going to review a jury charge without any evidence is frankly putting the cart before the horse,” Gibbs said.

Some of the justices’ questions included concerns that altering the legal standard before trial could put Pownall in criminal jeopardy for violating a law that did not exist at the time of the shooting. The U.S. Constitution explicitly bars “ex post facto” retroactivity.

Justice Christine Donohue suggested, “putting retroactivity aside,” that a defendant would want to know ahead of time whether his defense is unconstitutional.

Gibbs said that on the day of the shooting, Pownall had no reason to believe the state’s existing use-of-force law for police during arrests might not be constitutional.

Philadelphia District Attorney Larry Krasner, a Democrat, has argued in court filings in the case that the Pennsylvania law on police use of deadly force violates a federal legal standard that such force against a fleeing suspect can only be used when reasonably needed to prevent imminent serious injury or death.

“While states have inherent discretion to police conduct within their borders, they may not yield it in ways offensive to the Constitution,” the district attorney’s office wrote in a July brief.

But Pownall’s lawyers have urged the justices not to rewrite state law “to satisfy (prosecutors’) public policy concerns,” and said the state Supreme Court shouldn’t be considering the question at this stage of the criminal case.

More broadly, his lawyers argued “there is nothing even remotely unconstitutional” about the state law on use of force during an arrest, given the danger from a fleeing suspect under those circumstances, including the presence of a deadly weapon, according to an Aug. 31 brief.

Pownall had 15 misconduct complaints lodged against him over five years. He is the first on-duty Philadelphia officer to be charged with homicide since 1999.

The state’s use-of-force law for police was a major reason why a jury acquitted former East Pittsburgh Officer Michael Rosfeld in 2019 in the shooting death of unarmed 17-year-old Antwon Rose II, Rosfeld’s lawyer has said. Rosfeld shot Rose in the back, arm and side of his face as Rose fled after a traffic stop.

Renters in parts of Pa. shut out of rent relief as counties elsewhere sit on millions in unused aid