Berks County is the first in Pennsylvania forced to turn renters away from a relief program. Reading, the county seat, has long had one of the highest eviction rates in the state.

Renters in parts of Pa. shut out of rent relief as counties elsewhere sit on millions in unused aid

The inefficiency was caused by state lawmakers who chose to distribute most of the money by population rather than the actual number of renters in each county.

That’s how housing advocates in Berks County reacted when they found out, in late September, that the county’s federally funded pandemic rental assistance program — a lifeline for keeping low-income families in their homes — would soon stop taking new applications.

The county is the first in Pennsylvania forced to turn renters away — even though officials there once worried if they would ever spend all of the money. It’s particularly notable given that Reading, the county seat, has long had one of the highest eviction rates in the state.

Now, tenant advocates worry, renters still struggling with pandemic debts and a persistent shortage of safe and affordable housing have lost a crucial source of aid, even as millions of rent relief dollars sit unspent in other parts of the state.

“Every single day, I get more and more people in here and they’re desperate,” said Lawrence Berringer, executive director of Berks Community Action Program, a local nonprofit that serves low-income families. “I’ve got people crying in the lobby that can’t get help.”

When Congress approved almost $47 billion for rent relief across two stimulus packages, the move was hailed as a historic investment in struggling tenants, cash-strapped landlords, and the rental market as a whole. The aid covers late and ongoing rent, and utilities, for as long as 18 months in some cases.

But in Pennsylvania, where each county runs its own assistance program, most of the federal dollars were not targeted to areas with the most renters. That has left some rural counties with more money than they can spend, while urban counties with more renters don’t have enough to meet the demand, putting them at a significant disadvantage.

A look at the the 700 block of North 13th Street in Reading, Pennsylvania.

The largest city, Philadelphia, will run out of money in about a month, prompting officials to request another $485 million to keep up with the overwhelming demand.

About 125 miles to the west, officials in Cumberland County in central Pennsylvania told the state they have almost $9 million they can’t spend.

And sparsely populated Forest County, in the northwestern part of the state, only expects to use one-fifth of the money it has received.

The inefficient spread of dollars stems from an early decision by the state legislature, following the example of the federal government, to allocate its share of the funding based on population, not how many renters actually live in a particular county.

The U.S. Treasury in November required Pennsylvania to submit an improvement plan because its rental relief money wasn’t being spent fast enough. Part of the problem, state officials said, was that counties that had received money from both the state and federal governments spent the direct federal funding first, skewing the state’s numbers.

A spokesperson for the state Department of Human Services said it is working on a plan to redistribute unspent money to where it’s needed most, but it’s not clear when that will happen, or how much counties running short on assistance, like Berks, might receive.

Even once the money is reallocated, it’s unlikely counties in need of more will get everything they say they need. A state survey from September found $41 million was available to be redistributed. By contrast, counties reported needing a total of $286 million more.

That hasn’t stopped state officials from advertising rental assistance and urging people to apply. When the Department of Labor and Industry recently advertised the program in a Facebook post, a man from Wyomissing, in Berks County, responded by saying the program had closed at the beginning of October.

“Why is [t]his being advertised,” he wrote. “False hope.”

The shortfall in Pennsylvania could be covered if lawmakers chose to use some of the $5 billion in federal stimulus funds they have so far set aside for future budgets. House Democrats earlier in the year proposed earmarking an additional $250 million for rent and property tax relief, but Republican leadership has not so far shown any public interest in bolstering rental assistance with that money.

At first, the $52 million Berks County received for the rent relief program seemed like so much money that Kenneth Pick wasn’t sure he would be able to spend it all.

Pick, who is overseeing the relief program and serves as executive director of the Berks County Redevelopment Authority, said officials decided to stop taking new applications in October based on the number in the pipeline, and the amount of money remaining.

The county took that conservative approach to ensure that everyone who applied would be able to receive the maximum allowable amount of assistance.

“There’s no need for people to keep submitting applications that may never get funded,” Pick said.

Patty Torres sees things differently. Torres — organizing director of Make the Road Pennsylvania, an advocacy group that works with Latino and immigrant communities and helped tenants apply for the program — said it would be better to stretch the funding further, even if everyone gets less.

She worries how the county will gauge the unmet need if it isn’t still taking applications or putting people on a waitlist. If people hear the program has now closed, Torres said, they might not find out in time if it opens again.

“If you know people are desperate, you do everything you can to make sure that they are helped,” she said.

Even closing the program hasn’t solved the problem. The county doesn’t have enough money to help everyone who applied before the deadline, Pick told county commissioners at a meeting in early December. Berks County has asked the state and federal governments for another $7 million.

Wendy Santana has been waiting for help for almost seven months. Santana, 42, said she fell behind on rent after she left her job as a street cleaner early in the pandemic, afraid of bringing the coronavirus home to her 13-year-old daughter, who has asthma. She owes almost $2,500 in rent, utility bills, and late fees.

Santana said the last time she heard anything from the county was in August, after she applied for aid with the help of organizers at Make the Road. But the county told Spotlight PA it has no record of her application. Santana said she still has copies of the forms and could send them in again — but with the program now closed, it’s not clear if that’s possible.

The uncertainty, worsened by seeing one of her neighbors get evicted, has Santana in a constant state of worry. If the rent relief came through, she said, she’d be able to stop imagining her family sleeping in the cold, with nowhere to go. 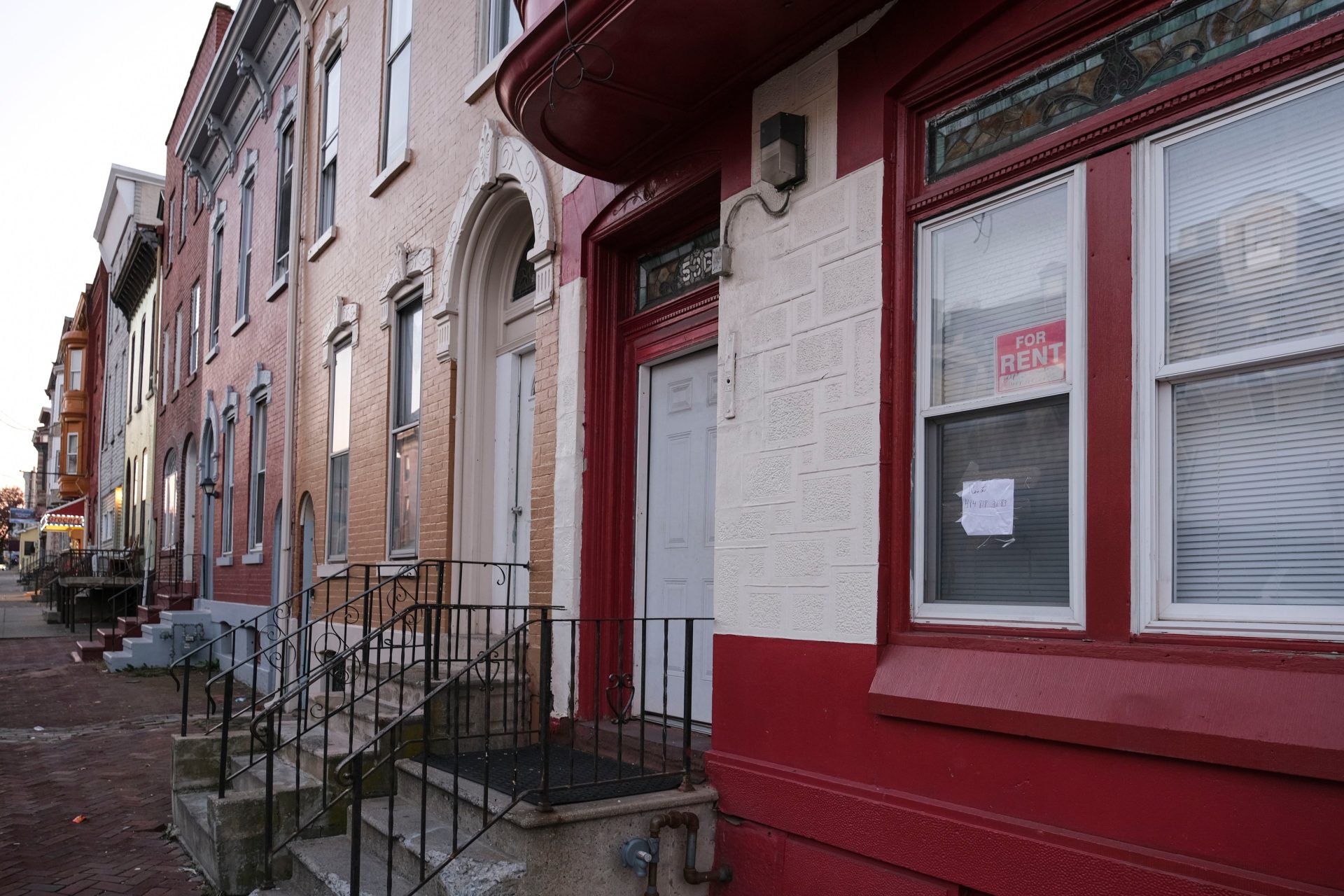 Reading’s rental assistance program is still open, although it’s much smaller than the now-closed county one and tenants must have an eviction filed against them in order to apply.

There have so far been two rounds of rent relief.

The first was approved by Congress at the end of 2020, and state lawmakers agreed on a plan to spend it in February. In March, a second round of rental assistance was included in the American Rescue Plan Act, although not all counties have dipped into that yet. The state’s largest counties also received money directly from the federal government.

But some counties say the first round alone was more than they needed.

Officials in Forest County said they won’t be able to spend 80% of the money received, according to the state’s September survey. Rural Tioga County will only use a quarter of its funding. Indiana County, in western Pennsylvania, expects to spend around 40% of its share.

In Cumberland County, officials expect to return almost all of the $9 million it received from the state. (The county also received $7.5 million directly from the federal government.)

Mary Kuna, executive director of the county’s housing authority, said there aren’t enough households that qualify for the program to use all the funding the county received.

“I’m not of the mindset that we should just take and take and take when there may be another community that has need for it,” Kuna said.

One challenge state officials face is distinguishing between counties that received more money than they need, and those where an apparent lack of demand is the result of administrative problems, like a lack of staff to run the program. A DHS spokesperson said the department will consider this as it redistributes the money.

Delaware County has spent all of its first slice of funding and has enough pending applications to use up roughly 90% of the second, said Jeremey Newberg, CEO of Capital Access, Inc., which has a contract to run the county’s program.

About 35 new applications arrive each day and the county has enough demand to spend an additional $30 million — if it receives more funding, Newberg said. 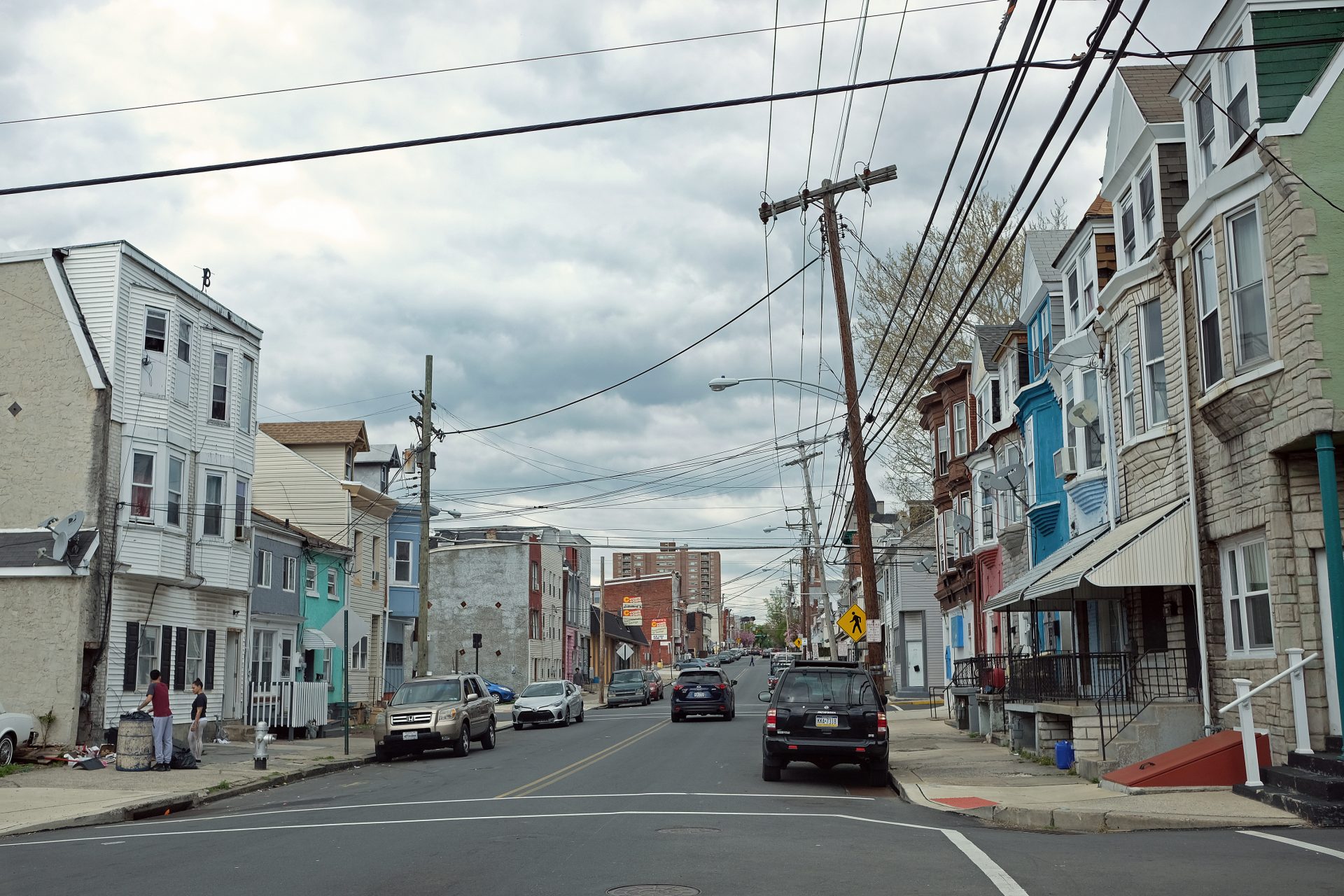 A look at the intersection of 9th and Muhlenberg Streets in Reading, Pennsylvania.

More help on the horizon?

While Berks County waits for more funding that could reopen the program, tenant advocates say rising rents are heightening an affordable housing crisis that predates the pandemic.

“We still have the need,” said Kathryn Wentzel, managing attorney at the Reading office of MidPenn Legal Services, a regional legal aid organization. “The situation has not improved.”

In 2016, Reading had the highest rate of evictions among Pennsylvania’s 10 largest cities, according to data compiled by the Eviction Lab at Princeton University.

In September, after a federal ban on evictions expired, the city’s Human Relations Commission noted “an increase in telephone calls and walk-ins from people who are homeless or in immediate danger of being homeless,” meeting minutes show.

Kimberly Talbot, the commission’s executive director, also reported an increase in potential fair housing violations: “Landlords are shutting off utilities or moving to evict tenants if they complain to the city about conditions in their dwelling.”

Berks County and the city of Reading are set to receive more than $140 million in stimulus funding from the American Rescue Plan Act. Local governments can use the money to provide additional rental assistance, prevent evictions, and address homelessness, and Reading plans to use $5.5 million for “displaced residents and homeless prevention.”

Both local governments are still finalizing their plans for spending the funds.

In an email to Spotlight PA, Berks County Commissioner Michael Rivera said there had not yet been any discussions about putting more money toward rent relief, “however our team will look to pursue any opportunities that may arise.”

The county’s waiting lists for housing vouchers and public housing are closed, although both programs could see a surge in investment under President Joe Biden’s roughly $2 trillion social services spending package, known as Build Back Better. The U.S. House of Representatives approved the legislation in November, but the Senate had not voted on it as of early December.

Even without the federal rent relief program, tenants have other options for help. Reading’s rental assistance program is still open, although it’s much smaller than the now-closed county one and tenants must have an eviction filed against them in order to apply. A separate state program can help with utility bills. And a patchwork of local nonprofits can also assist with various housing costs.

After the county program closed, Catholic Charities saw an uptick in people reaching out to ask about rental assistance, said Rob Nicolella, executive director for the Diocese of Allentown.

Still, he said, “nobody has nearly the amount of money [the county] had.”