The Nittany Lions are 11-9 over the last two seasons.

(State College) — Penn State football coach James Franklin agreed to a new 10-year contract Tuesday that will guarantee him at least $75 million through 2031.

Franklin and Penn State’s Board of Trustees agreed to the terms, which include a yearly base salary of $7 million, retention bonuses of $500,000 each year and a $1 million annual loan for life insurance.

Franklin is 67-32 at Penn State with seven bowl appearances in his eight seasons. The Nittany Lions, who are 11-9 over the last two years, won the Big Ten championship in 2016.

A Pennsylvania native who called the Penn State gig his “dream job” when he was hired away from Vanderbilt in 2014 will coach his 100th game at Penn State when the Nittany Lions visit No. 12 Michigan State on Saturday.

Franklin previously signed a six-year deal in 2019. The terms of that contract would’ve had him earn $5.75 million next season with a $250,000 raise each remaining year. 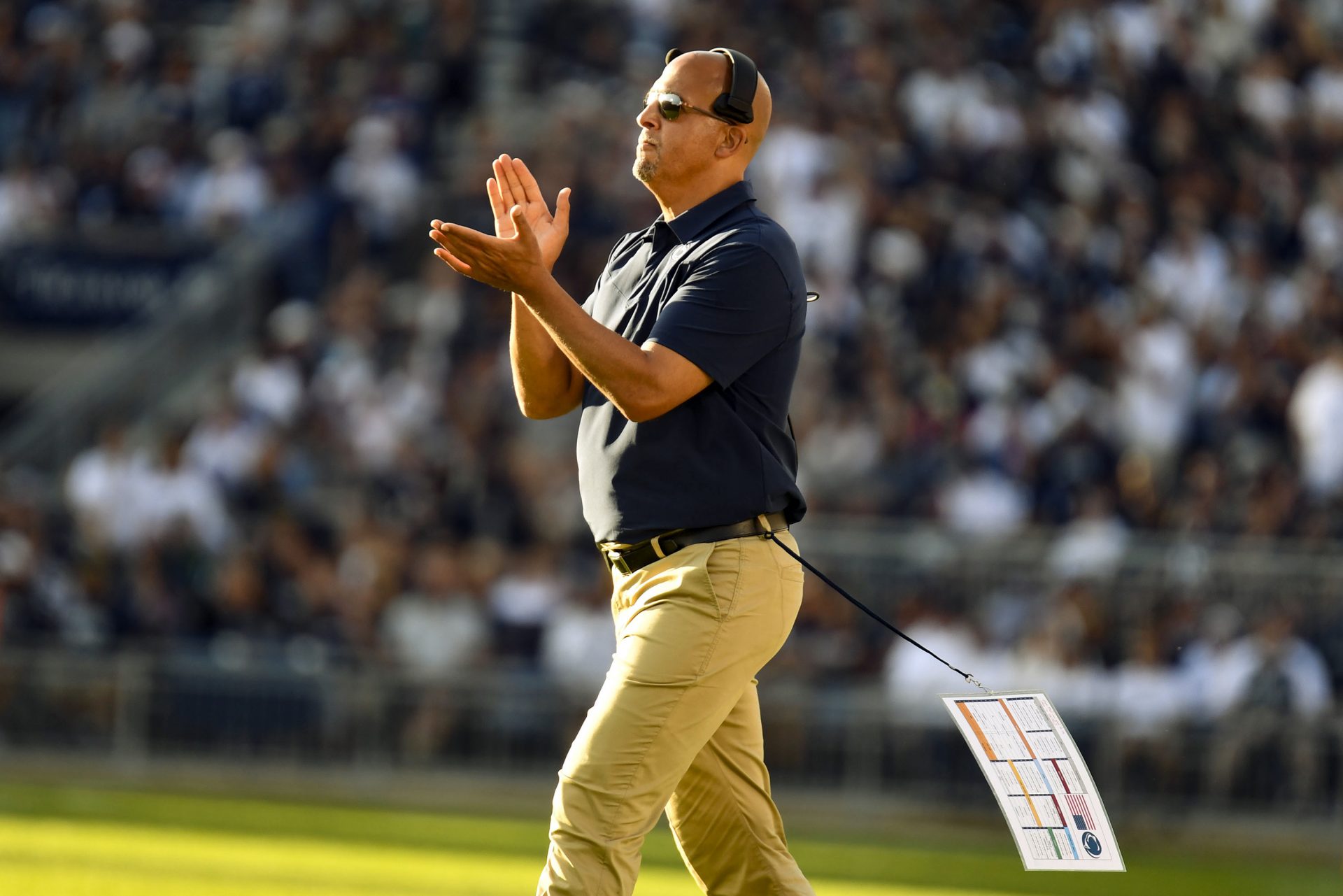 “Nine weeks ago, the administration approached me about making a long-term investment in our football program,” Franklin said in a release provided by the athletic department. “This prompted numerous conversations outlining the resources needed to be competitive at a level that matches the expectations and history of Penn State. What’s most evident from those conversations is the importance of our student-athletes’ success both on and off the field.”

Franklin had been asked multiple times this season about his name surfacing as a candidate for other jobs, notably LSU and USC, and he never outright shot them down. This contract makes leaving Happy Valley a much more expensive proposition for the 49-year-old.

Should Franklin leave for another college or NFL coaching job before April 1, 2022, he would owe Penn State $12 million. If he leaves between that date and Dec. 31, he’d owe $8 million. The buyout decreases to $6 million in 2023, to $2 million the next two years and $1 million each year thereafter.

Although he didn’t point to specifics when asked at his weekly press conference on Tuesday, Franklin has long hinted he’d like to see Penn State upgrade some of its more antiquated facilities.

“We have made, and will need to continue to make, significant investment in our football program because we believe we have a very bright future under James,” Penn State Athletic Director Sandy Barbour said. “With this contract, we are signaling our sustained commitment to being one of the premiere programs in the history of college football. Our goals and aspirations relating to football have never wavered and our investments today and in the future of our program will allow us to compete at the highest level.”