The candidates in the 2021 Pa. Supreme Court race, Democrat Maria McLaughlin (left) and Republican Kevin Brobson, have raised more than $6 million this year.

The race between Democrat Maria McLaughlin and Republican Kevin Brobson was marked by big campaign spending and negative ads.

With Brobson’s projected victory, Republicans will keep one of their two seats on the seven-member court with another election looming. Chief Justice Max Baer, a Democrat, will turn 75 at the end of 2022 and face mandatory retirement. 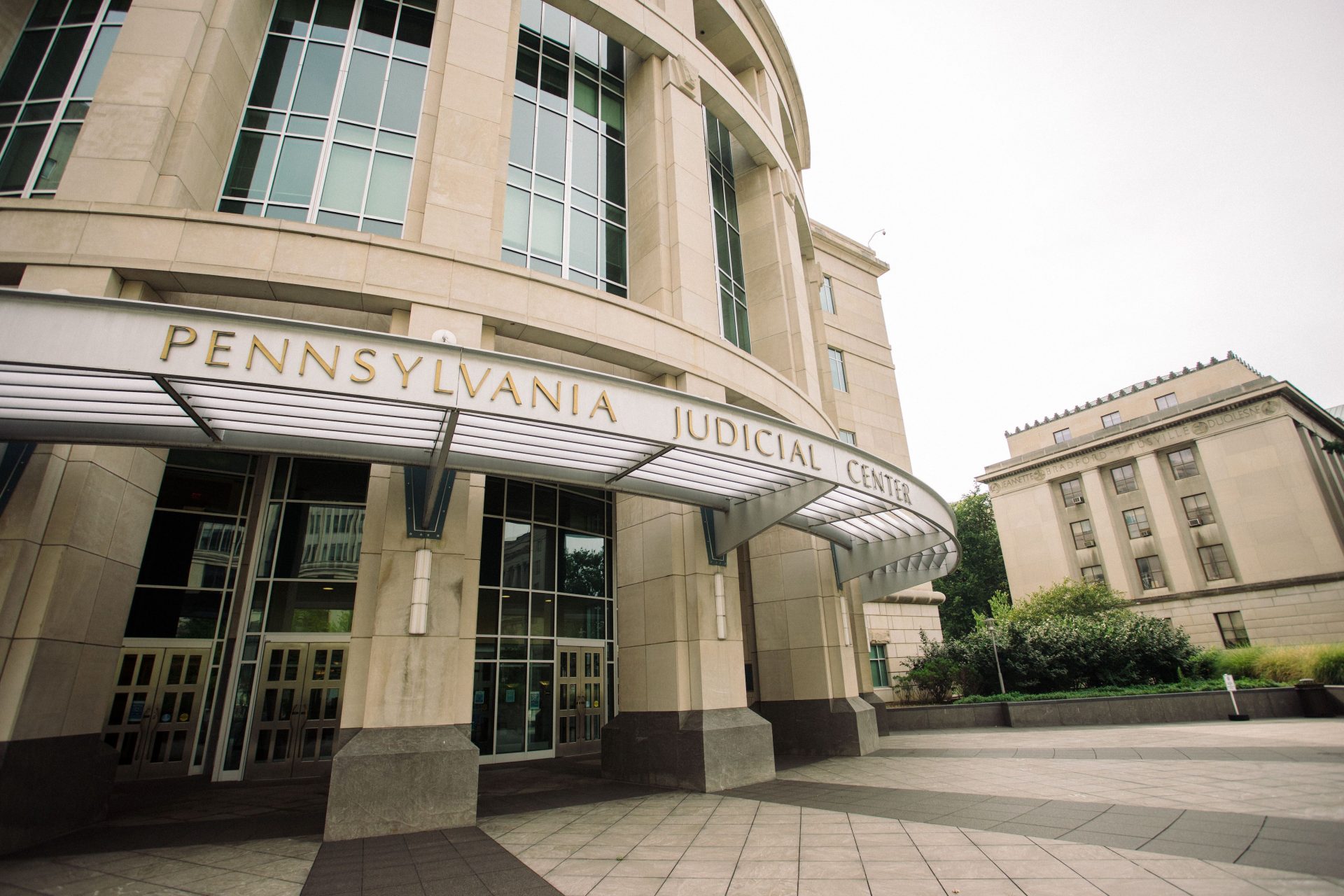 The new court will be closely watched. Within the next year, it is likely to consider controversial and politically charged cases surrounding elections, redistricting, and abortion. The 2022 governor’s race could also set the stage for the court to continue to mediate policy and other disputes between the new administration and the GOP-controlled legislature.

Republican candidates appeared poised to sweep Tuesday’s appellate court elections. Megan Sullivan, a former Pennsylvania deputy attorney general, was projected to defeat Democrat Timika Lane for a spot on Superior Court, which handles civil and criminal appeals. Attorney Stacy Wallace won a seat on Commonwealth Court, the venue for suits involving state agencies, while Drew Crompton, already an appointee to the court, was leading the two Democrats in the race to secure a permanent position.

Brobson, who will replace outgoing Republican Justice Thomas Saylor, has served on Commonwealth Court since 2010 — for the past year, as its president judge. Before that, he was a lawyer with Pittsburgh-based Buchanan Ingersoll & Rooney, where he worked in commercial litigation and administrative law.

Among the more notable cases he handled during his tenure in Commonwealth Court was one centered around the question of whether Pennsylvania’s congressional districts, drawn in 2011, unfairly benefited Republicans.

In that case, Brobson said partisan considerations played a role in drawing the map, but that a degree of partisanship is acceptable in the redistricting process. He said plaintiffs in the case had not proved the map crossed the line, and recommended that the high court let the existing map stand. The Supreme Court later rejected Brobson’s recommendation and ordered a new map.

Brobson also authored a majority opinion in 2019 that expanded the ability of gun owners and others, including people outside the state, to challenge firearms restrictions in Pennsylvania cities with, often stricter, local laws. During the campaign, Brobson highlighted his record on the issue and his endorsements by gun-rights groups.

The state Supreme Court just last month upheld that decision, which is expected to open the gate to similar lawsuits across the state.

In the lead-up to this year’s election, Brobson and McLaughlin raised $6.1 million — much of that in the waning weeks of the race. Brobson, with significant financial support from the state Republican Party, brought in more than $470,000 between Oct. 19 and 29, campaign filings show. That does not include an additional $447,000 in independent expenditures made on his behalf by groups that are not permitted under the law to coordinate directly with a candidate.

McLaughlin raised just over $225,000 in direct donations during the same period, with $80,000 coming from Fairness PA, a political action committee associated with unions and lawyers in Philadelphia. Outside groups spent another $101,000 in independent expenditures on her behalf.

The two spent the bulk of their money on campaign consultants and ads that became increasingly sharp over the course of their contest.

Less than a week before Election Day, Brobson’s campaign revised an attack ad that the state bar association said violated its standards for accuracy and integrity in campaign advertising.

The ad added additional context to its claim that McLaughlin voided the guilty plea of a drunk driver who admitted to killing a pregnant woman. McLaughlin in fact joined a majority opinion that sent the case back to a trial court after the defendant hadn’t been adequately advised before entering his plea. In the lower court, he again pleaded guilty and is still in state prison.

Brobson’s campaign also removed claims that McLaughlin’s top donor is “indicted by the FBI for political bribery.” Labor leader John Dougherty, currently on trial on federal corruption charges, manages a campaign fund for Local 98 of the International Brotherhood of Electrical Workers. The union PAC is a top McLaughlin donor. 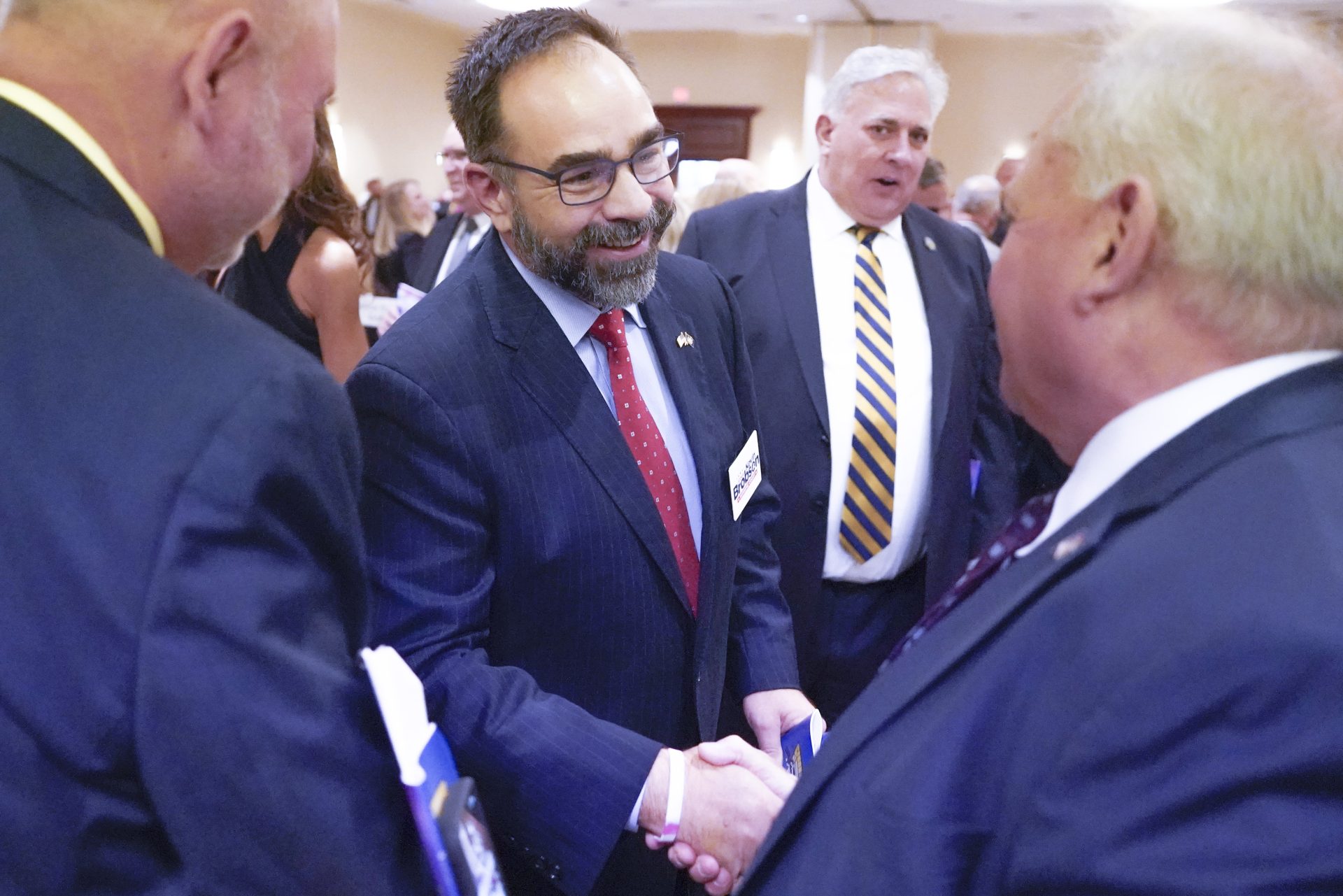 In this photo made on Friday, Oct. 22, 2021, Judge Kevin Brobson, center, greets people after attending the Amen Corner luncheon in Pittsburgh.

In the coming months, the state Supreme Court will decide a case challenging Pennsylvania’s ban on abortion coverage through the Medical Assistance program. Separately, the justices are widely expected to hear any legal challenges arising from the state’s efforts to redraw congressional and state legislative districts.

The justices will likely be asked to weigh in on a controversial review being undertaken by the state Senate of the 2020 presidential election, as well as a major education lawsuit over equitable funding for low-income school districts.

Pennsylvania’s appellate judges are elected in statewide contests, but that could change in the future. Some Republican lawmakers are pushing a proposal to create regional districts for these judges, a change that would require the approval of the voters. The earliest such a question could appear on the ballot is 2023.