“This is about a movement. It is not about us as individuals.”

(Philadelphia) — Philadelphia District Attorney Larry Krasner has won reelection in a contest that tested his progressive, anti-mass-incarceration approach amid the city’s rise in deadly gun violence.

Although ballots were still being tabulated, Krasner, 60, officially declared victory over Republican A. Charles Peruto with about half of the results in and a roughly 40 point lead.

“This is about a movement,” he said of the wave of progressive prosecutors who have taken office around the country. “It is not about us as individuals.”

Speaking from a campaign watch party at the Sonesta Hotel in Rittenhouse Square, he added:

“In Philadelphia, this is a movement that has been led by Black and brown and broke people, and progressives. And if you’re Black or brown or broke, you better be progressive because there isn’t much of an alternative.”

The general election for DA was never expected to be close in a city where Democrats outnumber Republicans about seven to one. Krasner didn’t launch much of a formal campaign and refused to debate Peruto.

Peruto, 66, a defense attorney who acknowledged his campaign was a longshot and that fundraising was a challenge, resorted to towing a massive campaign sign around Krasner’s Center City office nearly every day, using a microphone and speaker to urge the lunchtime crowds to “vote Republican just this once.” 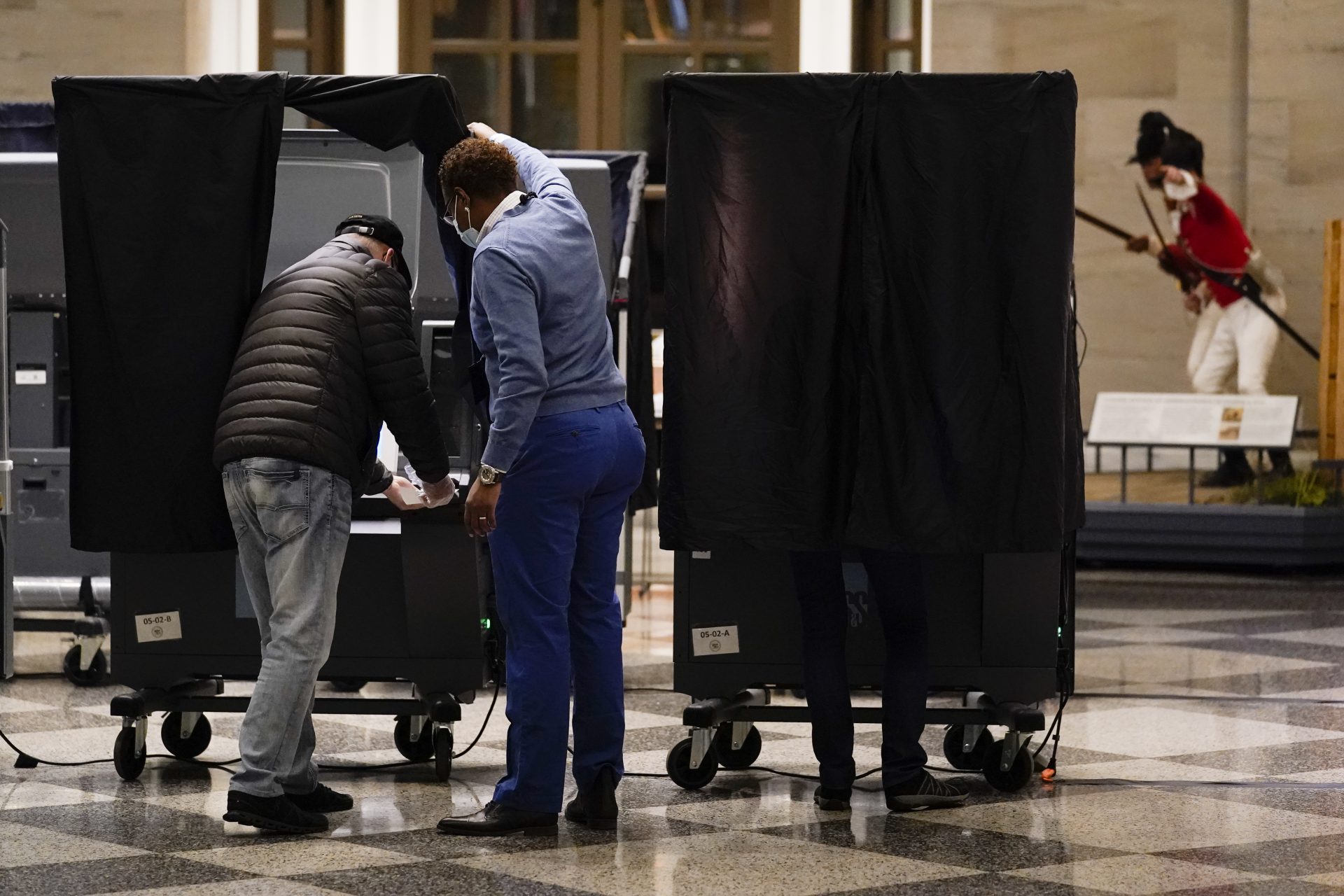 Even before the race was formally called Tuesday night, he was preparing himself for a loss.

Asked how he was feeling when the city reported its first batch of mail ballots, which showed Krasner with about 80% of the vote and Peruto with about 20% but only made up a fraction of the total returns, he said in a text message, “Yea, I’m coming in second.”

In his victory speech, Krasner said Peruto had conceded “in good humor, as you might expect.”

The former Democrat — who voted for Krasner in 2017, then switched his resignation last year — would have been the city’s first Republican DA since 1991.

Krasner won the primary election against former Assistant District Attorney Carlos Vega despite not having the backing of the city Democratic Party and influential leaders including former Gov. Ed Rendell. At the time, there were questions about whether the DA’s 2017 coalition — which included progressive liberals in Center City wards and Black voters in neighborhoods most impacted by the city’s approach to criminal justice — would hold.

Krasner won the race easily, with about two thirds of the vote, including especially high margins in areas suffering from high rates of gun violence.

Despite his resounding wins, Krasner’s approach hasn’t come without political in-fighting, especially as homicides have risen in each year of his term.

Amid a historic spike in murders that skyrocketed in many cities during the pandemic, Mayor Jim Kenney and Police Commissioner Danielle Outlaw have said they don’t think Krasner’s office has been aggressive enough in prosecuting people who carry guns illegally. Kenney and Outlaw say conviction rates for those crimes are too low, leading to more dangerous neighborhoods.

The conviction rates for illegal gun possession in the DA’s office fell notably under Krasner, from 63% to 49% between 2017 (just before Krasner’s tenure began) and 2019, the last year before the pandemic delayed trials and threw conviction rates into disarray.

Krasner recently said he thinks some of that change was good. The office purposefully kept select offenders from conviction by routing them through a diversion program meant to reduce incarceration. He pins much of the rest of the decline on police giving him weak cases.

The issue illustrated a key difference between himself and Peruto, who lists the endorsement of several retired police officers on his website.

Peruto attributed the rise in violence to the city’s trend away from stop-and-frisk policies. He also pledged to seek much harsher penalties — two years in prison — for illegal gun possession.

Voters in the city Tuesday overwhelmingly rejected that vision.