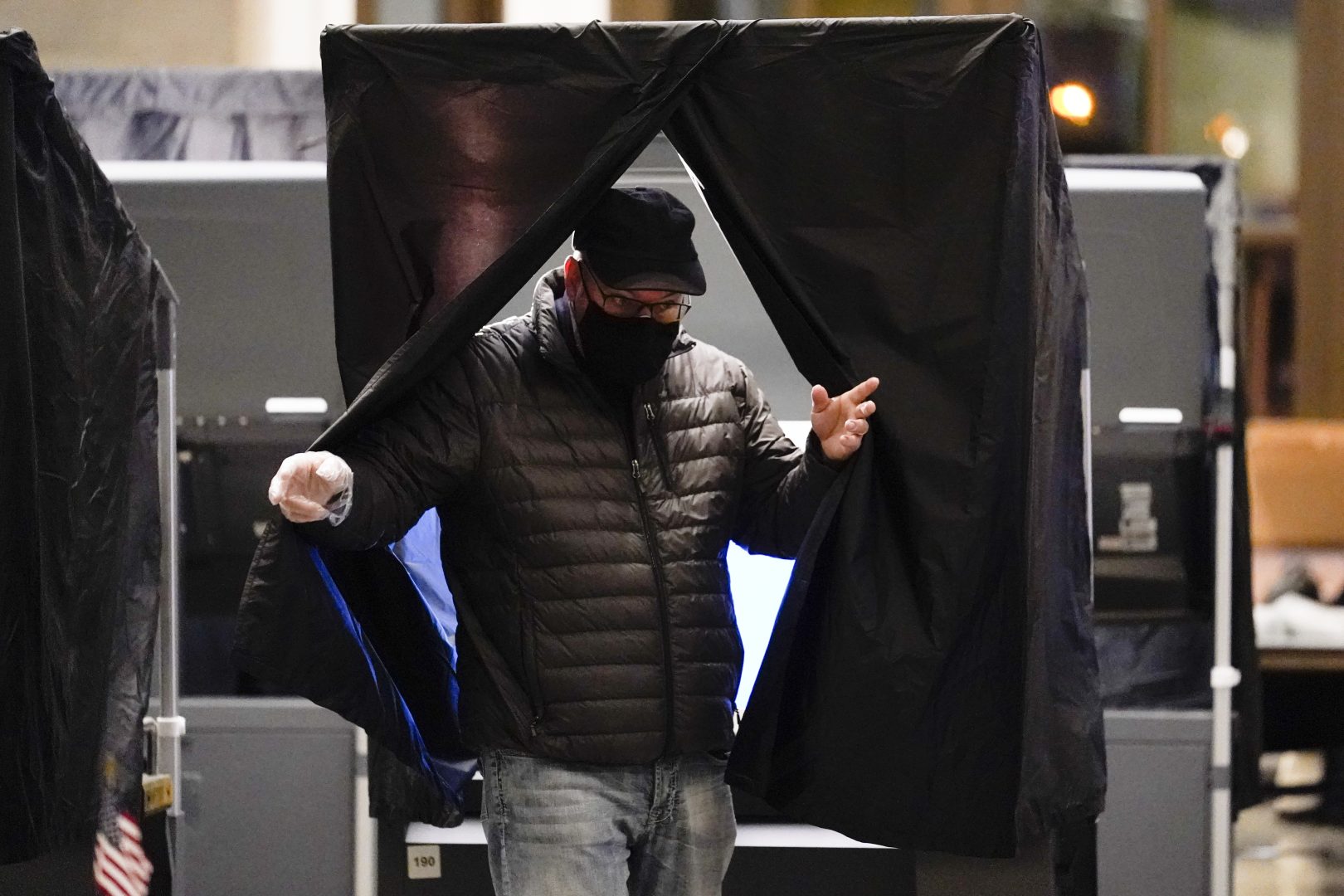 (Harrisburg) — Republicans in Pennsylvania saw success in voters’ choices Tuesday to fill open seats on statewide appeals courts, including winning a marquee race for a seat on the state Supreme Court that nevertheless will not change the Democrats’ majority on the state’s high court.

Brobson, 50, a judge for more than a decade on the lower statewide Commonwealth Court, will replace the outgoing Republican Justice Thomas Saylor, who has hit the mandatory retirement age of 75.

In recent years, Brobson has handled key cases on guns and elections, including penning a congressional redistricting decision that was promptly overturned by the Democratic-majority Supreme Court in 2018.

He will join a court that has been at the center of major political disputes in the past year and a half, handling cases over the hotly contested 2020 presidential election as well as the legality of how Gov. Tom Wolf used his authority to respond to the global pandemic.

Democrats will keep a 5-2 majority on the court. 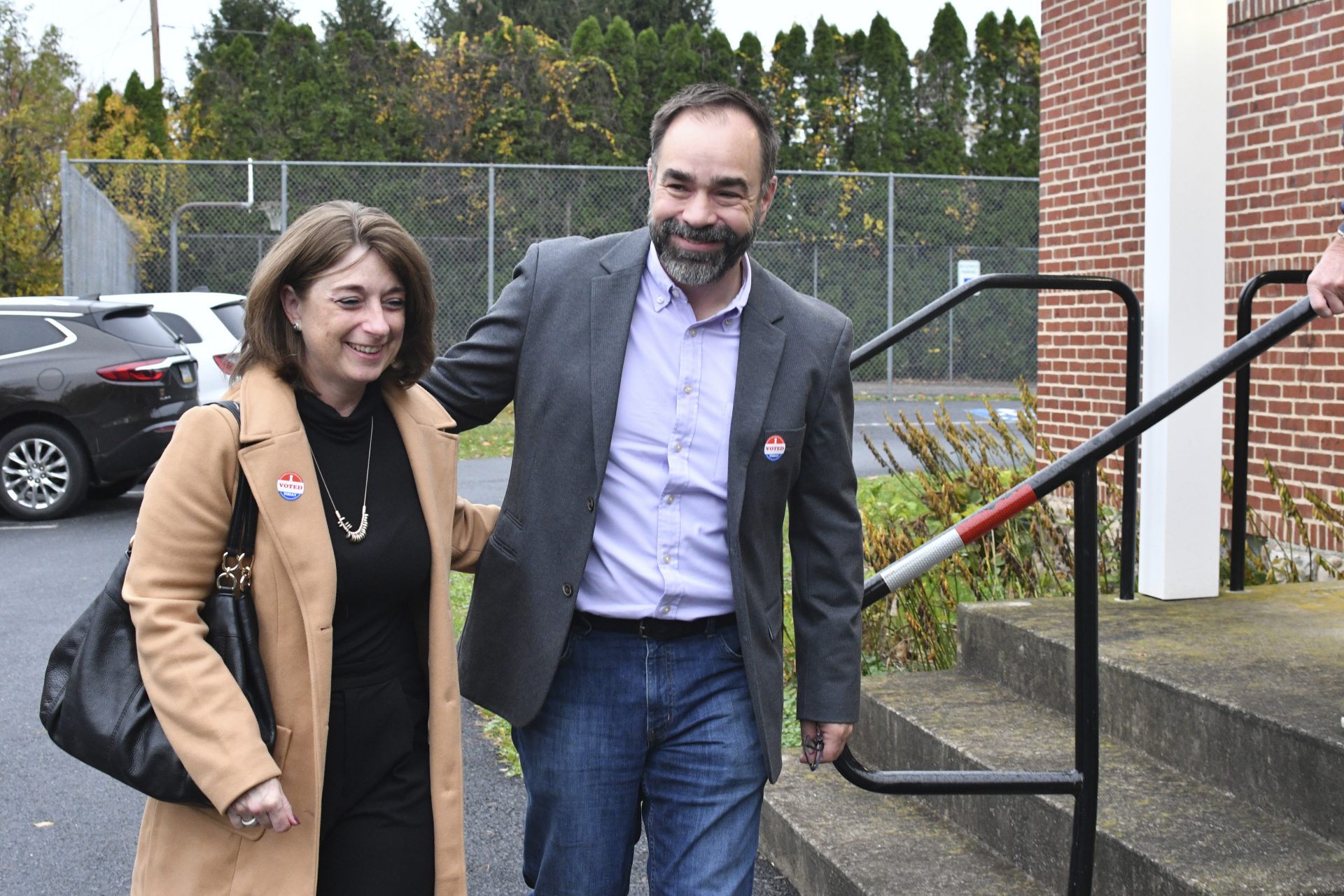 Kevin Brobson, the Republican candidate for an open seat on Pennsylvania’s state Supreme Court, leaves with his wife Lauren after they voted at their polling place at Fishing Creek Community Center, Nov. 2, 2021, in Harrisburg, Pa.

Shouting to a crowd of cheering supporters, Gainey had a message of unity, saying they were “one city, one Pittsburgh.”

“Look at the image we are showing our children,” Gainey, in a hoarse voice, shouted to the celebrating crowd at the downtown Benedum Center for the Performing Arts. “I want our children to see a city for all of them.”

In a race for a seat on Superior Court, former Chester County and state prosecutor Megan Sullivan, a Republican, beat Democrat Timika Lane, a Philadelphia judge. The court handles appeals from county courts in criminal and civil cases.

Two seats were open on Commonwealth Court, and Republican Stacy Wallace, a lawyer from Bradford County, won one of the seats as the top vote-getter of four candidates. The court handles cases involving state government and local governments.

Election officials reported no significant problems, while turnout was expected to hit 25% to 30% of registered voters. 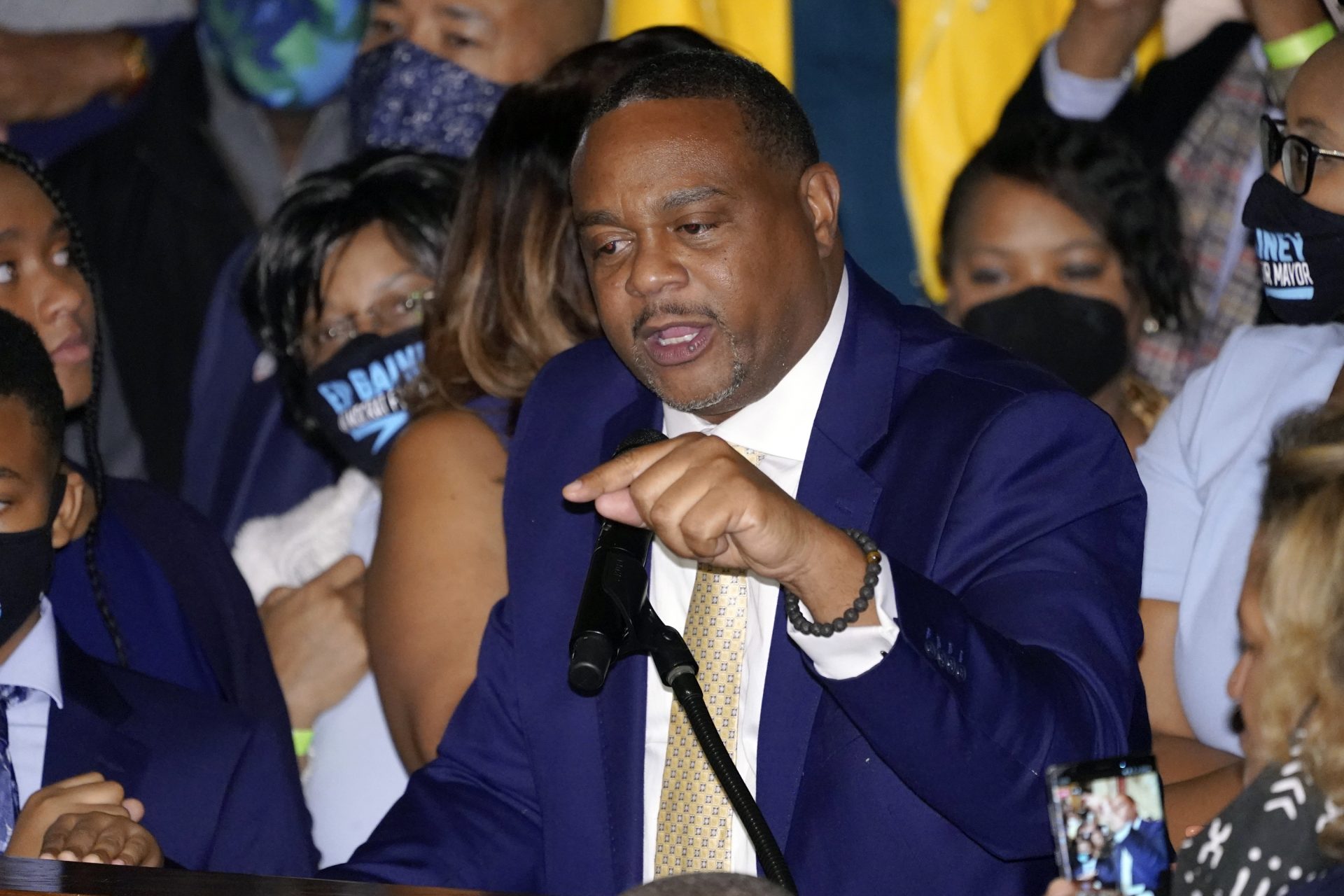 Ed Gainey speaks to supporters at the Benedum Center for the Performing Arts after winning the election for mayor of Pittsburgh during his election night returns watch party, Tuesday, Nov. 2, 2021, in Pittsburgh. Democrat Gainey beat Republican candidate Tony Moreno. Gainey will become the first Black mayor of Pittsburgh.

The judges who win could end up ruling in an array of high-profile cases pending in state courts, from abortion rights to public school funding to whether the state’s mail-in voting law is constitutional.

The other statewide race, for a seat on Commonwealth Court, remained too early to call Wednesday.

In Scranton, Democrat Paige Cognetti declared victory for a second term and, in Harrisburg, Democrat Wanda Williams declared victory over Mayor Eric Papenfuse, who lost to Williams in the primary and ran as a write-in candidate. Results were not yet official in those races.

In Philadelphia, Democrat Larry Krasner won another term as district attorney, beating high-profile criminal defense lawyer Chuck Peruto, the Republican nominee, and getting the go-ahead to continue his progressive overhaul of the office.

Democrats won two special elections for open seats in Democratic-leaning districts in the state House of Representatives. Thom Welby won an open Scranton-area seat, while Gina Curry won the other in Delaware County.