”My body, my choice:” Abortion rights advocates in Harrisburg rally against anti-abortion bills

The rally, organized by Planned Parenthood Keystone and partner advocacy groups, drew a large crowd. The event was one of hundreds of planned rallies across the country as part of a national mobilization to protect Roe v. Wade.

According to the Guttmacher Institute, there have been 561 abortion restrictions introduced in 47 state legislatures since January. Abortion in Pennsylvania is legal up to 24 weeks of pregnancy.

Pennsylvania Attorney General Josh Shapiro, a supporter of abortion rights, spoke at the rally in Harrisburg.

“I am here to state very clearly as the chief law enforcement officer of the Commonwealth of Pennsylvania, that abortion is a woman’s right,” he said. “And as long as I am serving the good people of Pennsylvania, I will always protect that right.”

“Let me be very clear, and it doesn’t take a lawyer to know this,” he added. “That right doesn’t belong to the politicians in that building.”

Governor Tom Wolf has vowed to veto any anti-abortion bill that lands on his desk. 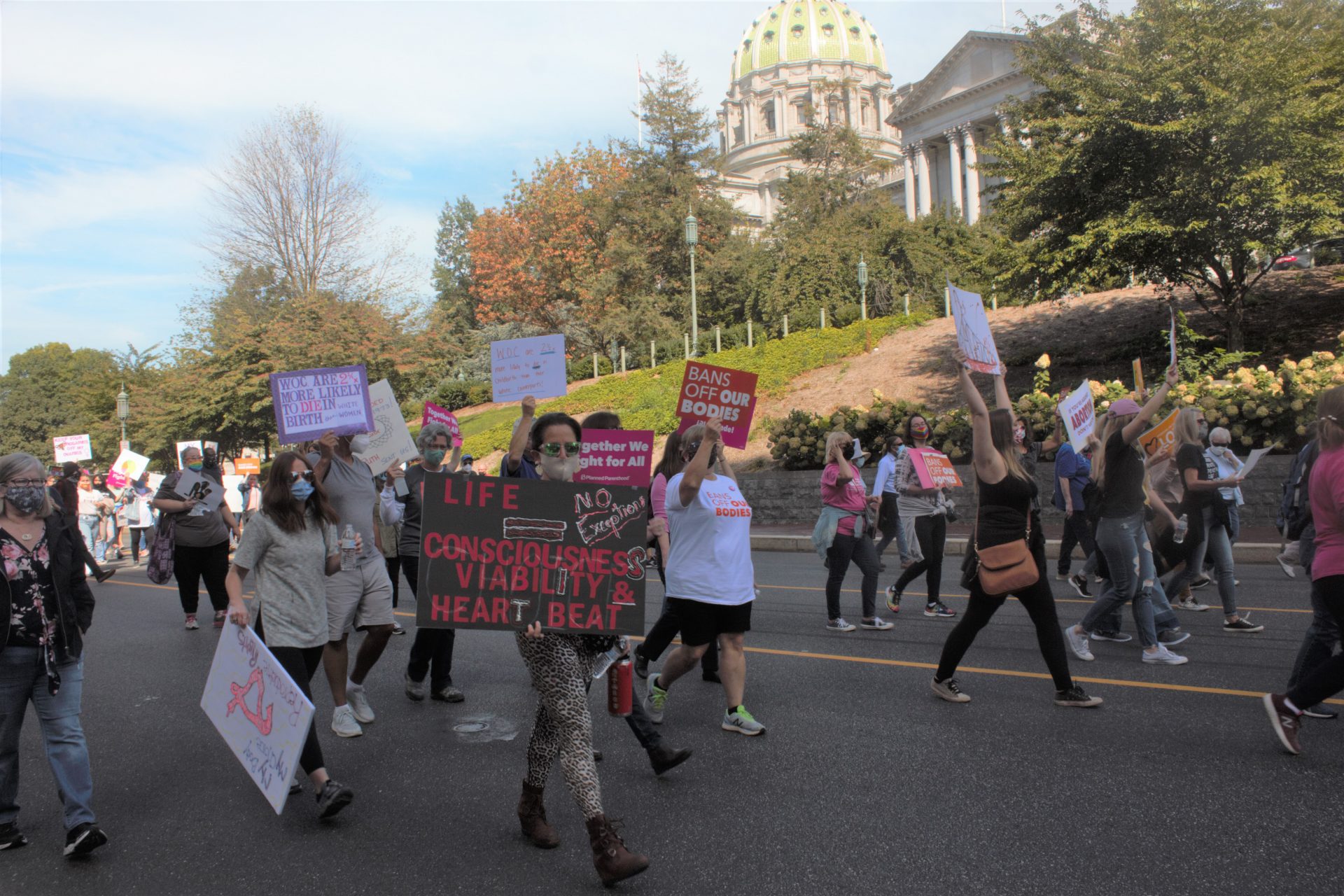 After the rally, pro-choice protesters marched once around the Capitol. Some chanted, “My body, my choice” and “bans off my body.”

“I feel very passionate about abortion being accessible to all women, because I personally am the poor friend working a full-time job, barely scraping by. I would not be able to afford a child right now,” said Kierra Coutts, a 23-year-old teacher from Carlisle. “I absolutely love children,  but I don’t see them in my future. Because I feel like I can help more children being in the field that I’m in than producing my own.”

Earlier in the week, anti-abortion activists and Republican legislators attended the first Pennsylvania March for Life Rally,”where demonstrators gathered in front of the Capitol to lobby for abortion restrictions.