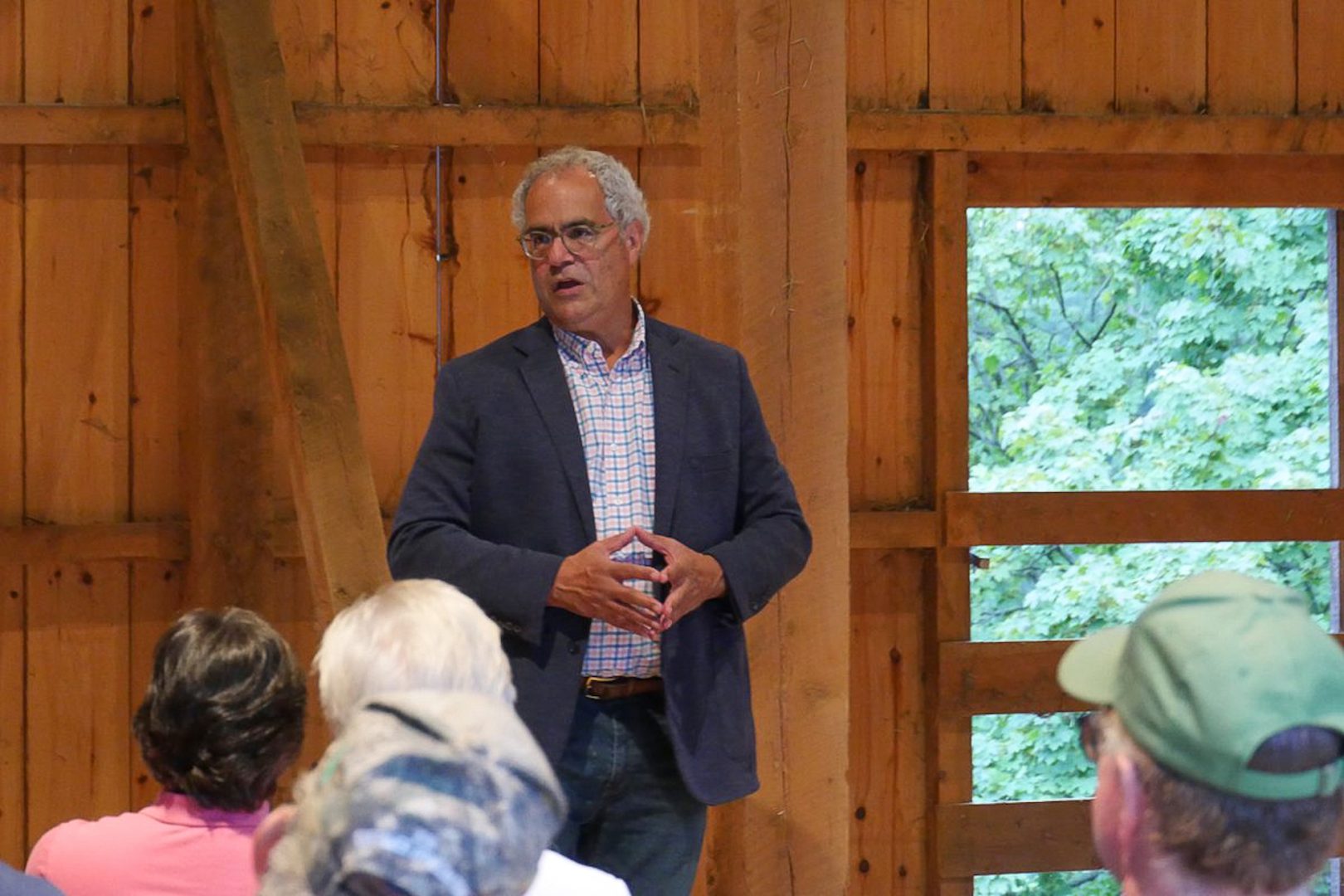 (Harrisburg)  —  A candidate for governor driving on the Pennsylvania Turnpike was sideswiped by a motorcyclist in a July nighttime crash that left the motorcyclist dead and the candidate traveling another 5 miles with the motorcycle lodged on his car, according to a new police report.

The Pennsylvania State Police have said little publicly about the July 21 crash just before 10 p.m. in an unlit stretch of the turnpike involving Charlie Gerow, the Republican candidate, and motorcyclist Logan Abbott.

In the nine-page police report, a state police investigator wrote that he could see marks on the driver’s side of Gerow’s Mercedes sedan “which were consistent with being side swiped” by the motorcycle.

The massive debris-littered crash scene in the westbound lanes in Chester County, just west of the King of Prussia interchange, forced the turnpike’s closure for seven hours, police have said.

Gerow’s lawyer has previously said that Gerow didn’t hit the motorcyclist, only the motorcycle. Gerow hasn’t been charged in the crash.

“Upon completion, the district attorney will be consulted in order to make a prosecutorial decision,” police spokesperson Grace Griffaton said.

The crash report was obtained Friday by The Associated Press. It was marked as approved by a supervisor on Tuesday and state police confirmed the report’s authenticity.

The report doesn’t include details of police interviews with Gerow or a witness traveling in a separate vehicle. But it does describe a crash scene stretching for nearly a half-mile.

The motorcycle “became lodged onto the front hood and undercarriage” of Gerow’s car in an upright position, and Gerow continued driving westbound for about 5 miles before being pulled over by a state trooper, the report said.

Blood stains on the roadway indicated that Abbott was run over by other vehicles, the report said. Abbott, 30, of Wysox, tested negative for drugs and alcohol, it said. Gerow also tested negative, according to a report he provided.

Gerow was not injured and no air bags deployed.

A spokesperson for Gerow said Gerow thought his car had been hit by a deer or debris from an afternoon storm, and did not see the motorcycle on his car as he drove.

Gerow had been preparing to turn off at the next well-lit area, but was pulled over first by a state trooper sitting in a construction zone, spokesperson Kevin Harley said.

A highway construction worker told Spotlight PA/The Philadelphia Inquirer that he saw a Mercedes pass by with a big motorcycle wedged into its grill, making a loud noise and sending sparks flying.

Gerow said he was driving safely and legally, and was not distracted by a cell phone or impaired.

Gerow had been returning from a political fundraiser in suburban Philadelphia, and the organizer has told The Associated Press that she never saw him drinking and that he seemed sober when he left.

Gerow, 66, runs a communications and marketing firm in Harrisburg with offices two blocks from the state Capitol, where he is a familiar face.

Running for governor is Gerow’s first statewide campaign after running unsuccessfully for Congress and the state Legislature in the past.