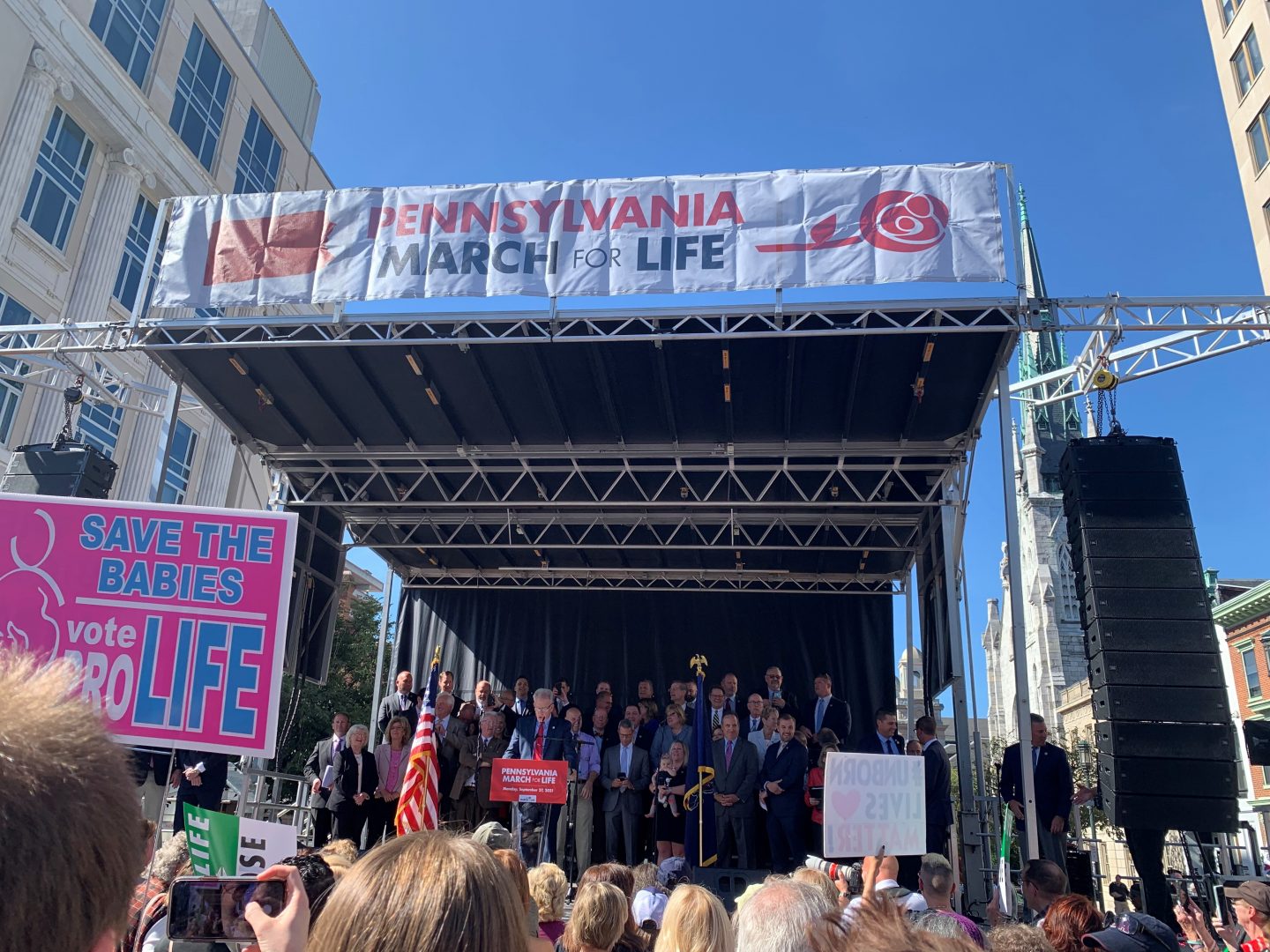 (Harrisburg) — Anti-abortion activists at the state Capitol Monday decried efforts to increase government funding for abortions and called on the General Assembly to pass the Down syndrome abortion ban and to regulate the disposal of fetal remains.

Leaders of both the state House and Senate were at Pennsylvania’s first March for Life rally, which drew a couple thousand people.

House Speaker Bryan Cutler (R-Lancaster) said he feels renewed energy in the anti-abortion movement. GOP members of his chamber have introduced a bill that would require doctors to administer pain medication to a fetus before preforming an abortion.

“Witnessing the world adapt and respond to the challenges of a worldwide pandemic and taking steps necessary to protect our own loved ones has given a generation of Americans a new perspective on what the right to life truly is all about,” he said.

“This might be the first March of Life in Pa., but based on the size of this audience, this is not the last,” she said. 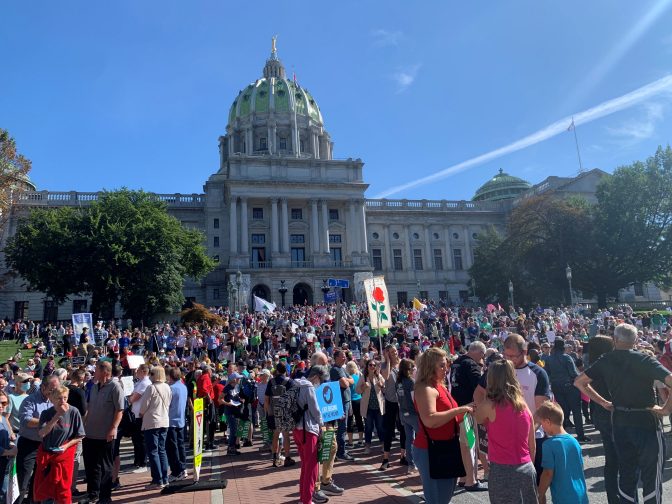 Demonstrators said they want investigations into how aborted fetal tissue is used in lab work. Elena Liguori, a graduate student at the University of Pittsburgh who has done medical-related research, spoke at the event. She said she has observed the use of fetal tissue.

She had a message for young people.

“Somebody has to take a stand. And if not us, then who? It’s you and me, in our high schools, in our colleges, in our professional life …,” she said to a cheering crowd.

Patients are required to get counseling and then wait 24 hours before the procedure.

Democratic Gov. Tom Wolf called the event an ‘anti-woman rally’ and promised to veto any bills that limit abortion access.

“Instead of rallying for policies that have detrimental impacts on commonwealth residents, we should all be focused on policies to support women, children and families,” Wolf said in a statement.

Nearly five times as many people are currently contracting COVID-19 in Pennsylvania than a month ago, and children under twelve still cannot get vaccinated.

Pa. Republican lawmakers and the U.S. Capitol attack
As part of WITF’s commitment to standing with facts, and because the Jan. 6 attack on the U.S. Capitol was an attempt to overthrow representative democracy in America, we are marking elected officials’ connections to the insurrection. Read more about this commitment.
Speaker Cutler (R-Lancaster) is one of several dozen state representatives who signed a letter asking Congress to object to Pennsylvania’s 2020 election result, and state Sen. Ward is among the state senators who signed a letter urging members of Congress to delay certifying Pennsylvania’s electoral votes going to Joe Biden — both despite no evidence that would call Pennsylvania’s 2020 election result into question.
These actions supported the election-fraud lie, which led to the attack on the Capitol.