The fifth-year senior played arguably the best game of his career in then-No. 10 Penn State’s 28-20 victory over then-No. 22 Auburn.

(State College) — Sean Clifford had plenty of time to bask in the Beaver Stadium atmosphere from the sideline on Saturday.

No. 6 Penn State’s quarterback also could have slipped a few appreciative glances at the sprawling sea of white-clad fans from the pocket if he wanted to.

“There was one point, I think in the first quarter, I literally had like nine seconds,” Clifford said. “I was waiting for a guy to hit me. It’s incredible to have an offensive line like that.”

The fifth-year senior played arguably the best game of his career in then-No. 10 Penn State’s 28-20 victory over then-No. 22 Auburn. Clifford took his time all night and steadily worked through his progressions to complete 28 of 32 passes for 280 yards and two touchdowns. He was efficient and effective and his rejuvenated confidence is proving to be infectious.

Clifford’s favorite target, wideout Jahan Dotson, was all smiles after the game as he remembered how his quarterback tried to keep the mood loose all week.

“Every time he sees me, he’s like, ‘Hey man!’ He just screams it in my face,” Dotson said. “His sense of humor is hilarious. It’s great to have a QB that’s comfortable around the team like that.” 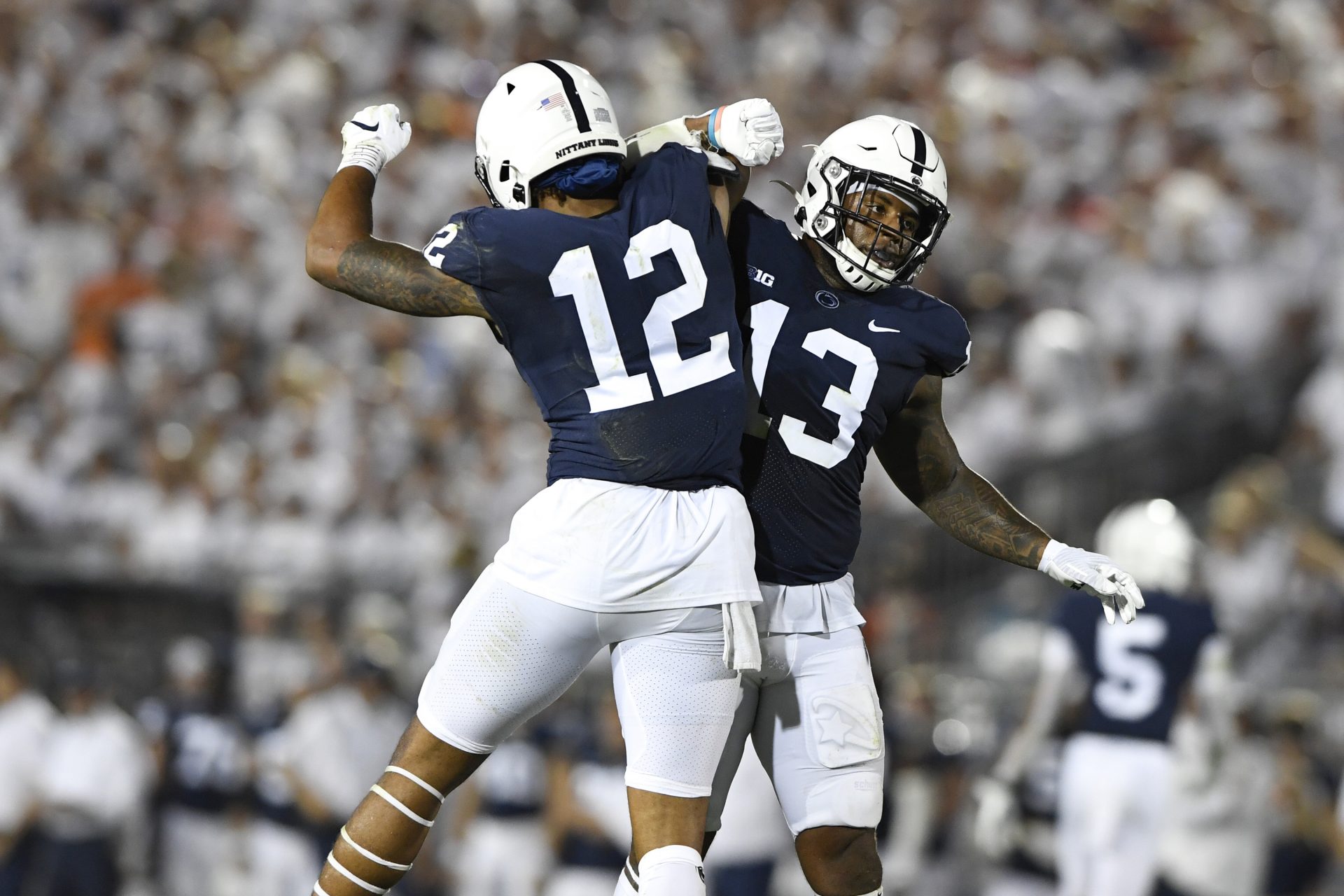 That comfort level is why Clifford has been able to refocus and reforge himself after a mistake-filled and critically panned junior season.

The senior, who has played for four different offensive coordinators in his career and three since he’s been Penn State’s starter, has completed 71% of his passes so far. He had attempted 134 passes without an interception until a harmless desperation heave was picked off to end the second quarter on Saturday.

“He’s taken some criticism, so I’m super happy for him,” Penn State coach James Franklin said. “Tough-minded guy. He’s physically tough. He made the plays that he should have made today. But I also thought he made a couple plays, the play that he extended and threw it in the back of the end zone. I thought that was big-time play.”

On the play Franklin referenced — a first-and-goal from the Auburn 4 — Clifford appeared to have his first read, running back Noah Cain, running open toward the pylon. Auburn linebacker Chandler Wooten was in the vicinity, and Clifford had the time and space to step up and look for something cleaner.

He scuttled forward and to the right and picked up Dotson running uncovered and delivered a perfect pass to give Penn State its first lead of the night.

The development of the tight end group has helped.

The Nittany Lions got 130 receiving yards and two touchdowns from tight ends Theo Johnson, Brenton Strange and Tyler Warren. Clifford got to line up at wide receiver on two direct snaps to tight ends; one went for a touchdown.

“That’s a room that we believe in, we think is super talented,” Franklin said. “And we want to keep those guys involved as much as we possibly can.”

Clifford echoed that, but his success hasn’t blinded him to the fact that Penn State’s offense isn’t perfect. He himself erred on a few throws against the Tigers.

“We still missed some things that could’ve changed the game and made it easier than what it had to be,” Clifford said. “But I’m really happy with how we played as a team.”

Injuries, miscues pile up for Steelers in 26-17 loss to Raiders