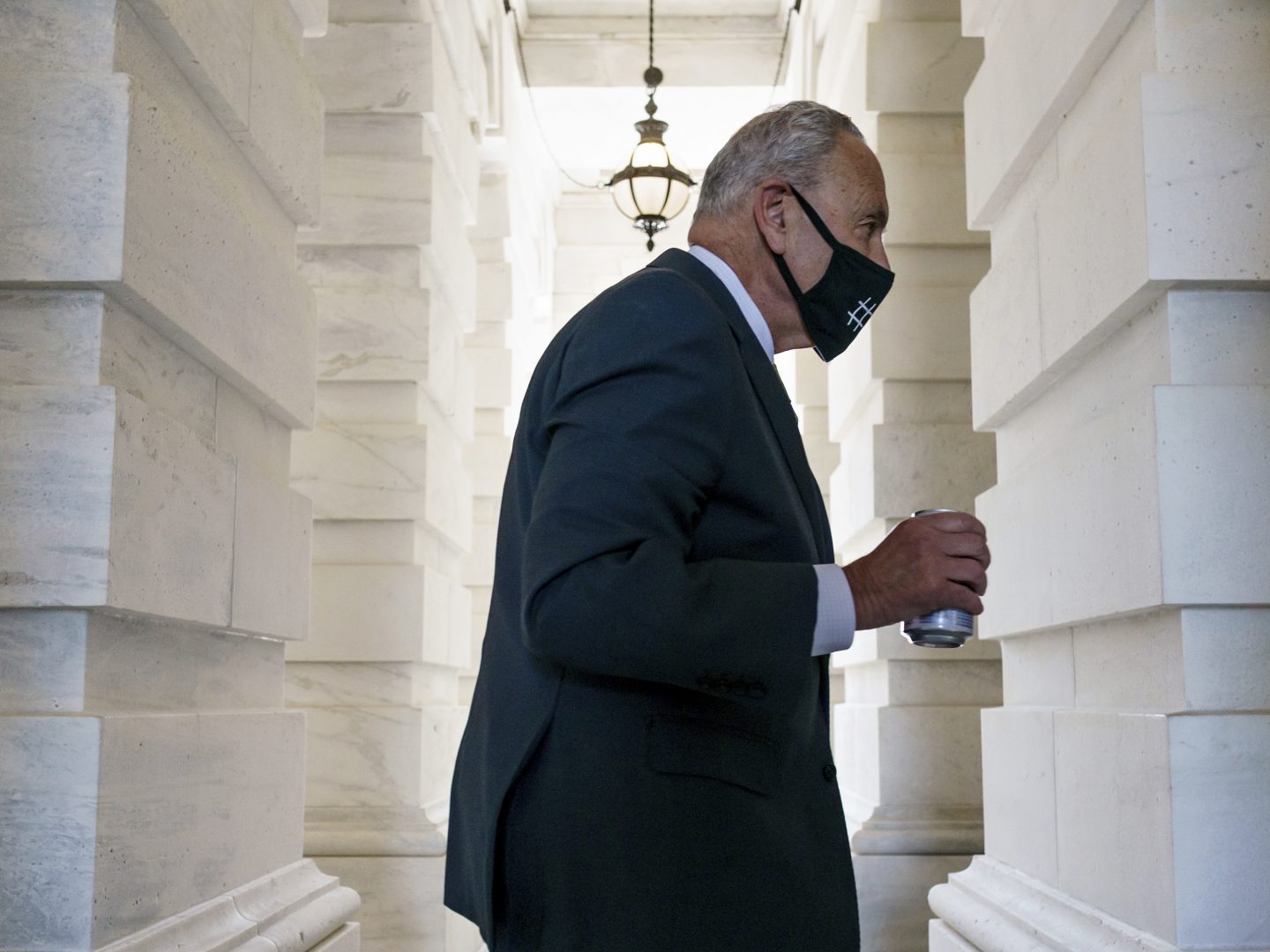 (Washington) — Senate Majority Leader Chuck Schumer, D-N.Y., has released the text of a $3.5 trillion budget framework that is meant to give Democrats the opportunity to approve major federal investments in child care, family leave and climate change provisions without support of congressional Republicans.

In a letter sent Monday morning, Schumer told Democrats that the goal is for committees to write legislation to fulfill the spending targets by Sept. 15.

“When we took the majority in the Senate earlier this year, the American people entrusted us with a great responsibility: to make their lives better,” Schumer wrote in the letter. “I am happy to report that we are making great progress towards that goal.”

The budget framework includes instructions to committees that include specific spending targets. Major elements include:

Democrats plan to use special budget rules to pass new spending without the threat of a Republican filibuster in the Senate. Republicans have broadly rejected plans for additional spending and have said Democrats are threatening chances of bipartisan support for other critical economic issues, like increasing or suspending the debt limit.

“If our colleagues want to ram through yet another reckless tax and spending spree without our input, if they want all this spending and debt to be their signature legacy, they should leap at the chance to own every bit of it,” McConnell said in a speech on the Senate floor. “So let me make something perfectly clear: if they don’t need or want our input, they won’t get our help with the debt limit increase that these reckless plans will require.”

The decision to proceed with budget reconciliation creates a perilous path for top Democrats leading exceedingly thin majorities in both the House and the Senate at a moment of intense fiscal pressure in the country.

The federal government already reached the borrowing limit and Federal Reserve Chair Janet Yellen has warned that the limit must be increased by Oct. 1 in order to avoid default. That coincides with the fiscal year end on Sept. 30–one day earlier.

Democrats did not include a debt limit increase in the budget framework, meaning they will have to find some other way to address the issue.

Passing any legislation under the budget rule known as reconciliation would require unanimous agreement among Democrats. That is far from guaranteed.

Moderate Democrats, like Sens. Kyrsten Sinema, D-Ariz., and Joe Manchin, D-W.Va., have questioned the need for trillions in new spending but have avoided committing to a spending target they can support.

Progressive Democrats have insisted that the Senate pass a partisan spending package before the House will consider the $1 trillion bipartisan infrastructure bill that is set to be approved in the Senate this week.

House Speaker Nancy Pelosi, D-Calif., has said for weeks that the House will not vote on the bipartisan bill until the Senate has finished work on the additional spending.

Schumer said Monday that he has been working with Pelosi on this plan.