During a stop in Pittsburgh Wednesday, May 12, Governor Tom Wolf called on Pennsylvania voters to reject two ballot questions that would weaken the executive branch’s authority to declare states of emergency. 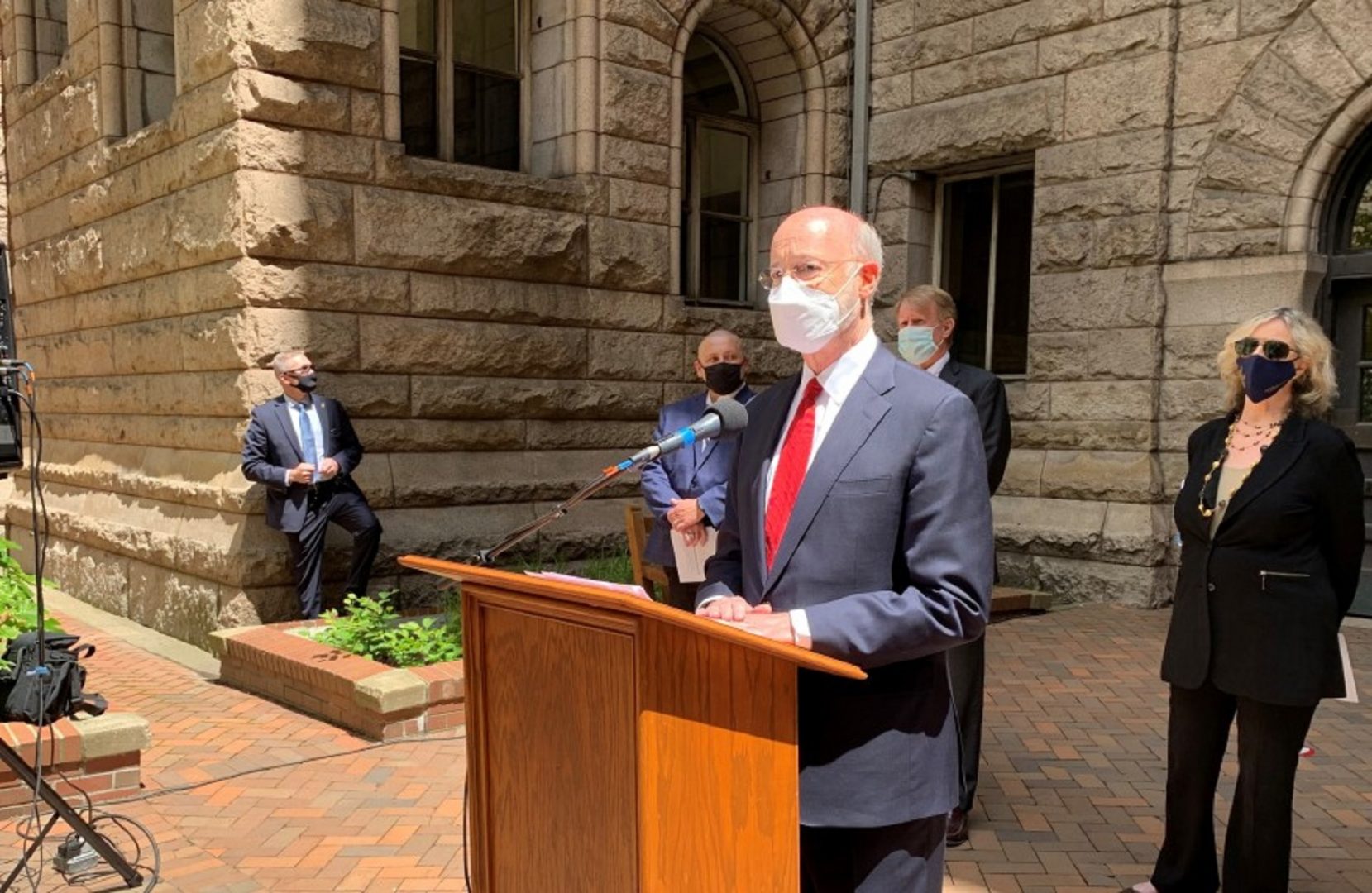 During a stop in Pittsburgh Wednesday, May 12, Governor Tom Wolf called on Pennsylvania voters to reject two ballot questions that would weaken the executive branch’s authority to declare states of emergency.

(Pittsburgh) – With the primary election less than a week away, Gov. Tom Wolf on Tuesday urged Pennsylvanians to reject two ballot initiatives that would significantly curtail the executive’s powers during emergencies such as the COVID-19 pandemic.

Speaking outside the Allegheny County Courthouse, Wolf warned that the proposals would “make the whole process of getting help when and where it’s needed a lot messier … a lot more complicated, [and] a lot slower.”

While one of the ballot questions would limit the governor’s disaster declarations to three weeks, the other would allow state lawmakers to extend or cancel the proclamations without the chief executive’s input. Both proposals would amend the state constitution.

Currently in Pennsylvania, a state of emergency can last up to 90 days, and governors usually can extend it at their discretion. Wolf has renewed his COVID-19 emergency declaration four times since March 2020.

This year, lawmakers in 45 states have sought to curb their governors’ emergency authority, and they’ve succeeded in at least 11 cases. In Pennsylvania, states of emergency last notably longer than in many other states, where the period lasts between five and 60 days.

Wolf said he is not concerned about the disparity because the General Assembly has the power to overturn disaster proclamations. But when the legislature attempted to undo Wolf’s COVID-19 declaration last summer, Wolf vetoed the move, and lawmakers never amassed the two-thirds majority needed to override his veto.

Voters of any party affiliation may weigh in on the ballot questions Tuesday.