GOP legislature argued that it had the power to end Gov. Wolf's coronavirus emergency declaration 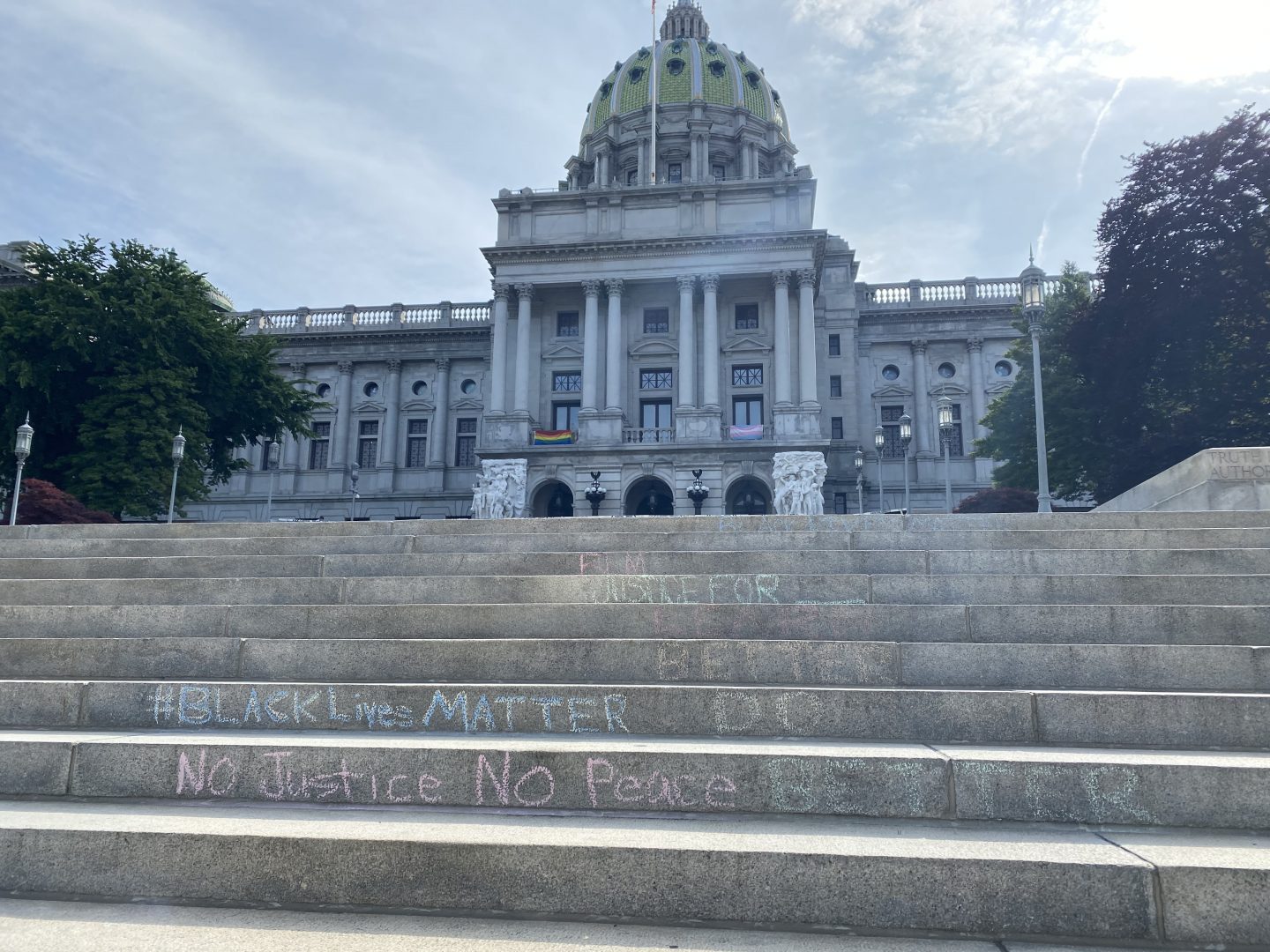 The Pennsylvania Supreme Court sided with Gov. Tom Wolf in a dispute with the legislature over the extent of his emergency powers, bolstering the governor’s authority to manage the state’s response to the coronavirus pandemic and curtailing the effect of what the Republican-controlled legislature saw as their most promising possible check on executive authority.

By a 5-2 margin, with the court’s five Democrats in the majority and two Republicans in the minority, the court reasoned that the legislature’s resolution to terminate the disaster declaration does not fall within one of the categories that avoids the need for the governor to weigh in on the matter. Without his signature, the majority concluded, the resolution is a legal nullity.

Title 35 of the Pennsylvania Code grants the governor the authority to declare an emergency and then take action such as suspending regulations, mobilizing the national guard, and convening a council through the Pennsylvania Emergency Management Agency. Wolf first declared an emergency for the coronavirus pandemic in March, and he extended his declaration earlier in June.

The statute also contains a provision that allows the legislature to pass a concurrent resolution to terminate the declaration. The legislature did so in June. The dispute hinged on whether the governor had the authority to disapprove (effectively veto) such a resolution.

Republicans had argued that the text of the statute requires the governor to terminate an emergency declaration when the legislature passes a resolution to do so. They contended the court’s ruling in an April case implied as much. But the court ruled on Wednesday that it made no such implication.

“Nowhere in Friends of Danny DeVito did we state that the Emergency Services Management Code allows the General Assembly to terminate a state of disaster emergency by way of concurrent resolution without presentment. No party in Friends of Danny DeVito presented to this Court the questions of interpretation of the concurrent resolution provision or the constitutional demands of presentment,” the opinion, authored by Justice David Wecht, said.

Allowing the legislature to terminate that power on its own would be tantamount to a legislative veto, Wecht argued, which the U.S. Supreme Court has outlawed at the federal level. Because the statute has the effect of changing a law — in this case, ending the existence of a disaster declaration, which has legal consequences — it therefore must be presented to the governor for his approval or disapproval, Wecht concluded.

In a dissent, Chief Justice Thomas Saylor, a Republican, contended that the legislature’s intent when it passed the statute authorizing emergency powers ought to matter, and that legislative vetoes ought not be considered uniformly problematic at the state level, as they are — at least by the courts — at the federal level.

“I believe that the present context presents a compelling case that legislative vetoes should not be regarded as being per se violative of separation-of-powers principles,” he said.

In a separate opinion, Justice Kevin Dougherty, a Democrat, concurred in the court’s judgment that the resolution terminating the disaster declaration cannot hold legal weight without the governor’s signature, but he said the legislature’s intent to retain a check on the governor now having been nullified, he would see no choice but to strike down the entire emergency powers statute.

With the GOP’s attempt to restrict Wolf’s emergency power foiled, the stage is set for an ongoing power struggle with the governor holding the upper hand.

“Once Section 7301(c) is stripped of the legislature’s intended safety valve, the severability doctrine instructs that — no matter how severe the consequences may be — the offending portion of the statute is non-severable,” he wrote.

The ruling comes at a particularly tenuous time in controlling the pandemic as other states have seen case counts spike, a reality that has begun to seep into the Commonwealth, where some counties are taking additional measures to stem a rising tide of cases and the governor on Wednesday issued a statewide order to wear masks.

Despite bipartisan comity in the early days of the crisis, Republicans grew increasingly weary of the governor’s orders. The administration’s handling of waivers to its business closure orders led a Senate Committee to subpoena Wolf for records relating to the process. The state’s unemployment compensation system backlog left legislators dealing with incensed constituents who were out of work and struggling to file for benefits. And as a broader fatigue with the lockdown began to set in, Wolf’s frequent vetoes of legislative attempts to force reopening left Republicans feeling powerless and frustrated with the governor’s expansive emergency powers.

Senate Majority Leader Jake Corman (R-Centre, Huntingdon, Juniata, Mifflin) at one point described the governor as treating the legislature “like an unofficial advisory board, rather than a co-equal branch of government.”

Republicans sought to claw back some of their power. On May 28, the House passed a version of HR 836 that would have terminated the governor’s disaster declaration only to the extent it treated some businesses differently than others. Two weeks later, the state Senate passed a resolution to terminate the declaration entirely, and the House quickly concurred.

That set up a stand off. Republicans argued that Title 35 of the Pennsylvania statutes required the governor to issue an order terminating the declaration immediately, while Democrats countered that Article Three of the state constitution gives the governor discretion to disapprove of the resolution as he does with any other resolution. Republicans decided not to formally present the resolution to Wolf, which would have allowed him to formally disapprove (effectively veto) it.

Some Republicans, including state Rep. Russ Diamond (R-Lebanon) and state Sen. Doug Mastriano (R-Adams, Cumberland, Franklin & York), then began to tell their constituents that the emergency was over and businesses could reopen. In response, Wolf pledged to take the Republicans to court, but Republicans beat him to the punch, filing a lawsuit in the Commonwealth Court on June 10. The state’s highest court quickly exercised its King’s Bench authority to rule on the case before the lower courts.

With the Supreme Court’s ruling on Wednesday, Republicans face a diminished set of options. They are working to pass a state constitutional amendment that would limit the governor’s authority to declare an emergency to 30 days without legislative approval, but the earliest that could take effect is 2021. Some House Republicans have introduced articles of impeachment, but thus far, the articles do not seem to have broad support.

Corman, the Senate Majority Leader and one of the litigants, condemned the ruling, saying it “essentially granted the Governor King status.”

“The unilateral decisions made by the executive branch caused hardships for families and communities in every corner of the Commonwealth,” said Corman. “Despite the challenges that can be seen across the state, the Governor repeatedly spurned attempts by the General Assembly to provide input through legislation.”

But he offered no immediate path forward.

Mastriano, a freshman senator who has been at the forefront of the Reopen PA movement, called the Supreme Court’s ruling “really disheartening” on KDKA talk radio and suggested that, in addition to passing another resolution to terminate the governor’s declaration and raise the possibility that the General Assembly could override a gubernatorial veto, Republicans ought to consider a federal lawsuit.

“In the end, we need two-thirds of the senators on board,” said Mastriano.

Duquesne University Professor of Law Bruce Ledewitz, an expert on the Pennsylvania Constitution, said he was surprised and disappointed to see the court rule along partisan lines, but he thinks that the rise in coronavirus cases over the past week may blunt the political acrimony the ruling might otherwise have caused.

“I think the Republicans, in effect, have dodged a bullet because of the increase in cases,” he said. “People are more worried than they were when the legislature acted a few weeks ago, and I think that people are probably satisfied with the situation allowing the governor to continue. If the court had struck down the emergency statute, I think people would be very upset and that Republicans would suffer politically for having caused that.”

For now, Ledewitz said, the legal issue of whether the legislature can rein in the governor’s emergency powers without a two-thirds majority is settled: it cannot.

Pennsylvania finishes year $3B behind because of pandemic