In this Nov. 9, 2020, file photo President-elect Joe Biden speaks at The Queen theater in Wilmington, Del. Biden says he wants to “restore the soul of America.”

The oil industry sees the president-elect as open to compromise — and likely constrained by a Republican Senate. 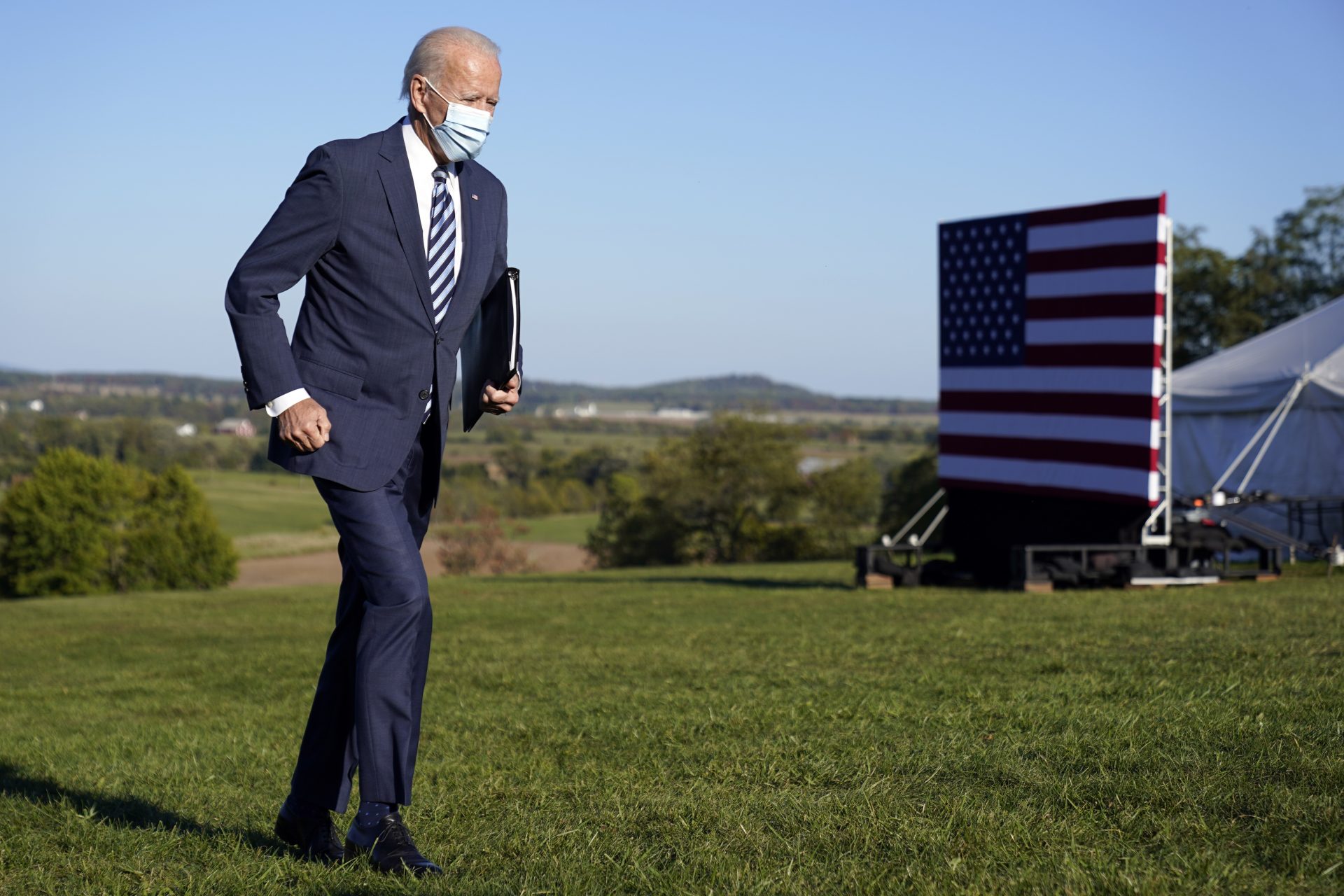 U.S. oil and gas companies will soon be facing a climate-conscious president who has vowed to transition away from the oil industry.

So you might expect a sense of existential dread in the oil world about President-elect Joe Biden. Instead, there’s a surprising amount of optimism.

The U.S. oil and gas industry has transformed over the last decade or so, as a remarkable shale revolution turned the country into the world’s top petroleum producer. Unlike President Trump, who is an ally of the industry, Biden has emphasized the devastating cost of carbon emissions for the climate.

Nonetheless, the oil industry sees the president-elect as open to compromise — and likely constrained by a Republican Senate.

“The gut reaction [to Biden’s win] is that this isn’t good news for the industry, but we’re actually cautiously positive,” says Jen Snyder, a director at Enverus, a company providing data and analytics to oil and gas companies.

There are bound to be plenty of disagreements with Biden. He has made tackling climate change a key platform of his agenda, and even without Senate control, he’s expected to take actions that would put a damper on oil profits.

Environmental regulations rolled back under Trump are likely to return. And the incoming president is also expected to ban or restrict new drilling on federal lands, a change he could institute through an executive order.

But none of those changes would spell the end for the industry.

Limiting drilling on federal lands seems likely to be the biggest blow for some companies — particularly in New Mexico, a region where federal leases have been particularly lucrative for producers.

But a majority of U.S. oil and gas production won’t be affected by that change.

“On private lands, it’s a different story,” says Rene Santos of S&P Global Platts. “[The White House does] not have the power to just say to somebody in south Texas, ‘You cannot drill anymore.’ ”

Biden did lay out a vision for ambitious climate action. It’s not the same as the Green New Deal, though it shares many of the same goals, and the president-elect sought input from more progressive members of the Democratic Party for his $2 trillion proposal.

Among other aspects, his plan calls for massive investments in renewable power such as solar and wind, which compete with fossil fuels. It also includes much more support for electric vehicles, which would reduce demand for petroleum.

But it does not include some policies that concerned the industry, like a ban on exporting crude oil or a ban on all fracking.

“We actually wrote a note over the summer about the Biden energy plan called ‘Hugging the Midline,’ ” says Helima Croft, managing director at RBC Capital Markets. “And not just because I love Pilates. … We really did see this as an effort to sort of thread the needle.”

Moreover, Biden’s boldest proposals would require Congress to act, and the Senate appears likely to remain in Republican hands as two Senate races in Georgia head to runoffs on Jan. 5.

The prospect of a divided government has many in the oil industry predicting more moderate action, with plenty of room for compromises and middle ground.

“I personally don’t think it’s going to be something radical unless, you know, the more liberal side of the Democratic Party gets a lot of influence,” Santos, of S&P Global Platts, predicts.

And what about Biden’s memorable statement, in the final presidential debate, that he supported “a transition from the oil industry”?

He immediately sought to walk back those comments, telling reporters that “we’re not getting rid of fossil fuels for a long time.” Biden said he meant he would end oil and gas subsidies, not end the industry as a whole.

But more importantly, transitioning away from oil is not a surprising idea to energy insiders. The oil industry itself has already been preparing for that future — while emphasizing that the transition might take a very long time — as the effects of climate change grow ever clearer.

“A move away from fossil fuels is underway at the society level, regardless of the administration,” says Snyder of Enverus.

In fact, Snyder argues that a president who manages a gradual shift away from oil might actually be better for business in the medium term, compared with Trump’s denialism.

And of course, who wins the presidency is hardly the only factor affecting the outlook for oil and gas. The coronavirus pandemic has sharply reduced global travel, causing an unprecedented drop in oil demand that has been disastrous for many oil and gas companies.

For the fossil fuel industry, at least in the near term, the biggest boost to the bottom line might come from getting the pandemic under control.

In short, Biden’s election win — while not, perhaps, an oil executive’s top choice — isn’t regarded as a death knell for the industry.

“I don’t think it’s a wholesale assault on the oil industry,” agrees Croft from RBC Capital Markets. “It’s just not going to be in favor like it was under President Trump.