Pa. counties race to keep up with mail-in vote applications 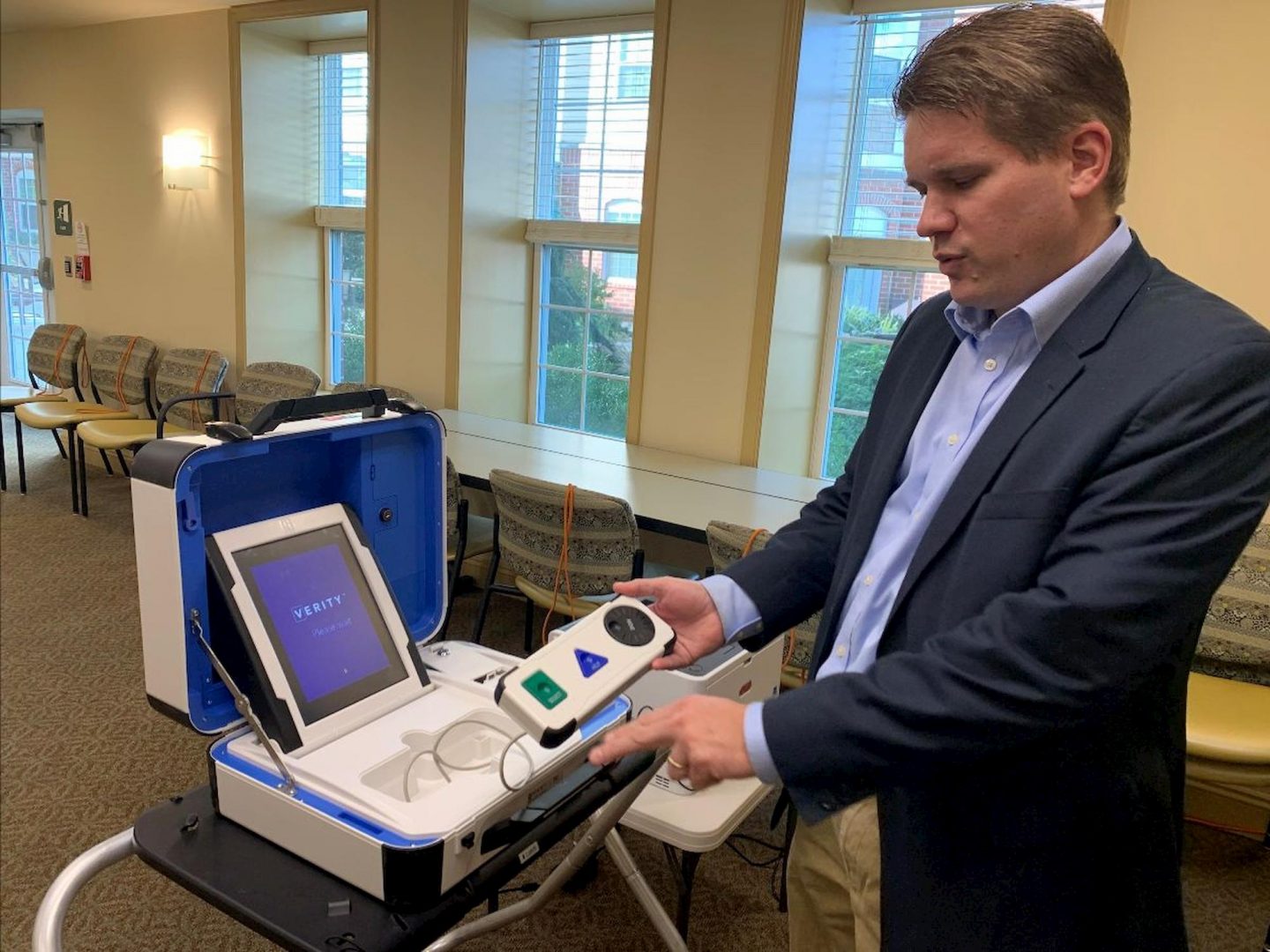 Join PA Post and WITF for a free virtual screening of the new documentary, TIME SERVED, at 7 p.m. tonight. The documentary follows two Iraq war veterans who benefit from programs aimed at helping former service members who commit crimes. After the screening, the producer and a panel of experts will discuss how the criminal justice system’s treatment of veterans is changing. Details and registration info here. —Emily Previti, staff writer With less than a week to go until the June 2 primary, Pennsylvania election officials are facing a number of significant challenges: Processing the wave of mailed ballot applications, figuring out how to staff in-person voting, and procuring face masks and other protective equipment for poll workers.

In some counties, they face the added challenge of rectifying conflicting information on polling place locations — some of which were closed or consolidated.

Although Pennsylvanians are being encouraged to vote by mail, they can choose to do so in person. Some may have to show up at the polls to cast a provisional ballot because they applied for a mail-in ballot that hasn’t arrived by Election Day.

(Voters can check the status of their applications through this Department of State tracker).

At the end of last week, a handful of counties (Bucks, Crawford and Mercer among them) were still in the process of updating polling place addresses for the Pa. Department of State’s online locator. A few (Carbon, Allegheny and Westmoreland) don’t plan to update the state’s database at all, as Katie Meyer and I reported. (Counties had already posted the information on their own websites and the majority of those moving polling places are mailing notices to affected voters, posting new location information at the old spots, or both).

Concerns about that becoming a widespread issue are growing.

Delaware County, for example, had 6,000 mail-in ballot applications pending as the submission deadline arrived Tuesday evening. Election workers there plan to continue to process them through Thursday, according to a statement from the county.

Two weeks is a more realistic timeframe for a voter to request, receive and return their ballot by mail, according to what the USPS told The Philadelphia Inquirer’s Jonathan Lai.

To that end, Montgomery County filed a lawsuit Tuesday to delay the absentee and mailed ballot return deadline, a move it took after its elections office had to resend ballots to 2,000 voters who received one for the wrong party the first time around, Lai reported.

The same deadline change is being sought in a lawsuit filed in Commonwealth Court by Priorities USA, a political action committee backing Democrat Joe Biden’s presidential campaign. But with the deadline unchanged at this point, some jurisdictions are trying to respond with their own solutions, such as setting up drop boxes for voters who don’t receive their ballots early enough to be able to mail them back before 8 p.m. on June 2.

And when those ballots start coming back, counties can’t begin processing them until the morning of June 2. Opening envelopes, confirming voter signatures and readying the paper ballots to be scanned (i.e. counted) is a time-intensive process. State legislators were unmoved by county election directors’ requests that they be allowed to start processing ballots earlier.

Most counties also are still waiting on personal protective equipment, or PPE, from the Department of State. Some county officials told me Tuesday they don’t know if they’ll have enough masks, gloves, hand sanitizer, etc. for poll workers without the DoS’s forthcoming shipment, which is expected to arrive by the end of this week. But most election directors who’d responded to my query by Tuesday night said they should be able to manage with what they already have on hand and plan to save DoS-issued supplies for use during the general election this fall.

Finally, the possibility of DoS enlisting the Pa. National Guard to help staff the polls in short-staffed counties hasn’t materialized exactly as envisioned. To be fair, Secretary of State Kathy Boockvar said the details of the endeavor hadn’t been finalized when she mentioned the idea earlier this month during a press conference and at a state Senate hearing (the same one where election directors tried to make their case about a later mailed ballot deadline).

Ultimately, the Pa. Guard emailed all personnel asking them “to consider volunteering at their local polling places,” according to spokesman Lt. Col. Keith Hickox. Hickox says it’s likely some will volunteer, but the Guard isn’t keeping track.

Finally, as if elections officials didn’t have enough to worry about, there’s the problem of paying for the fall general election. Budget cuts in the state’s most-populated county — Philadelphia — “could jeopardize the city’s ability to properly conduct the November presidential election, its top elections official said Tuesday, delivering a stark warning as she pleaded for more money.” More on the story from The Philadelphia Inquirer. Since mid-March, Pa. Gov. Tom Wolf has conducted regular press briefings via video conferencing technology. The governor plans to return to in-person meetings with the press at the end of this week. (Screenshot from governor’s official livestream).