‘Shared capitalism’ — Pa. is a lab for expanding the number of employee-owned firms 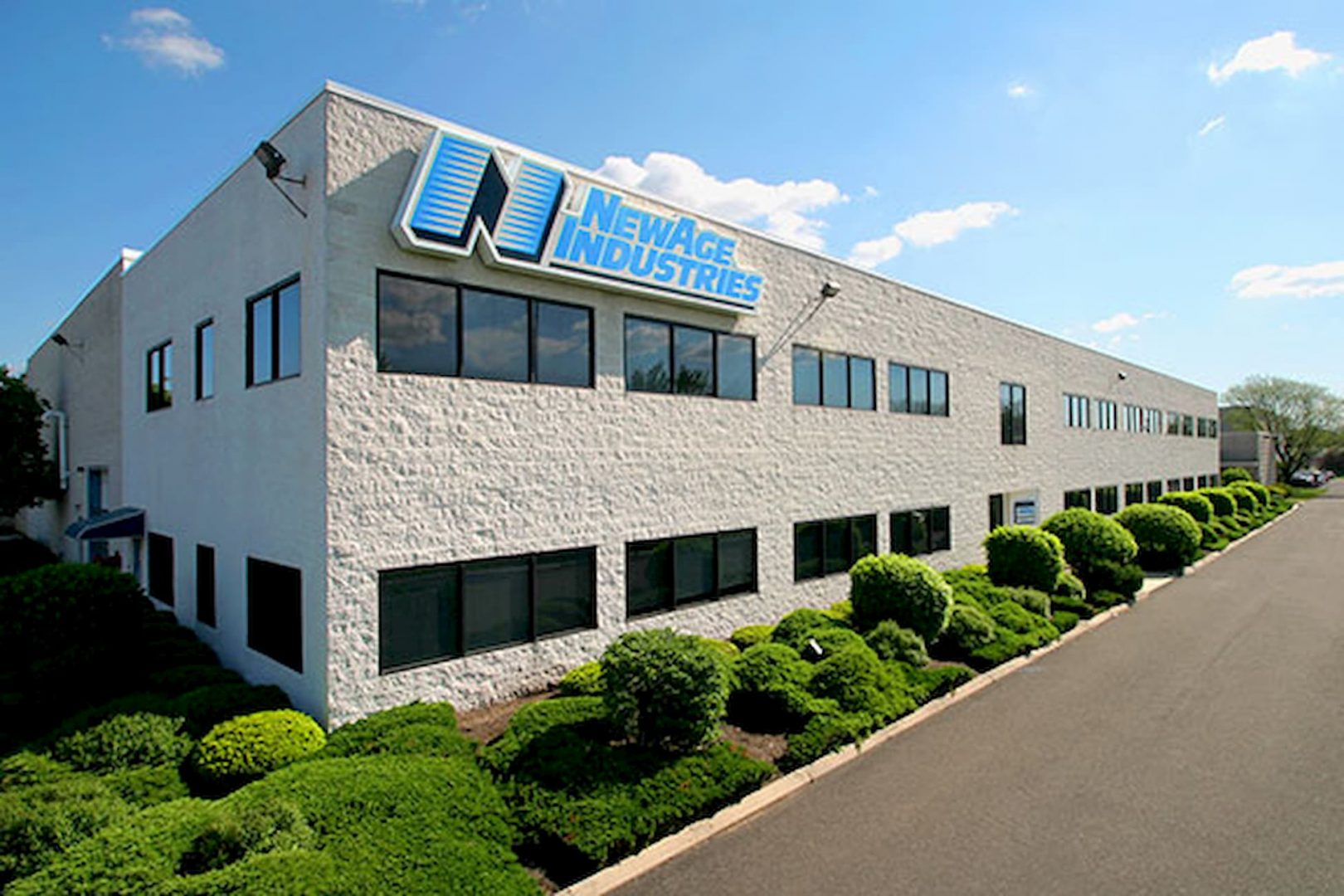 The plan began to take shape in 1995 after Ken Baker picked up a brochure that broached the idea of selling a business to its employees. It ended in August 2019 with a party at a bowling alley in Feasterville.

They now own 100 percent of the company through an arrangement known as an employee stock ownership plan, or ESOP – the concept touted by the brochure Baker picked up nearly 25 years ago

It also is a relatively rare model. Most companies are sold to the owner’s children, to a larger competitor, to top managers or to a private equity firm. Out of thousands of businesses in the commonwealth, only 309 were ESOPs in 2016, the last year for which federal data is available. They include Altoona-based convenience store chain Sheetz and HB McClure, an HVAC contractor based in Harrisburg.

But efforts are underway to boost that number. They include a task force created by the city council in Pittsburgh and a state center charged with spreading the word about employee ownership. They are promoting ESOPs as well as other forms of employee ownership, such as worker-owned co-ops.

Advocates note that over the next decade thousands of baby boomers will be selling their companies or simply closing them. Broader employee ownership could be one way to preserve local jobs and wealth, especially for workers who otherwise may struggle financially.

“We’re experiencing one of the greatest wealth gaps in modern history in the U.S., and … this is just one small way that we can tackle that. It’s low-hanging fruit to give power, a voice and capital to those who are working in jobs that aren’t often rewarded,” said Erika Strassburger, a Democratic member of the Pittsburgh City Council. 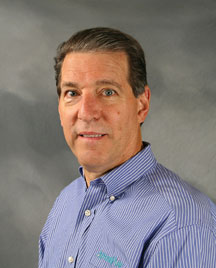 In Pittsburgh, a sale to employees could be an option for longtime shopkeepers, restaurant owners and other small-business people who want to retire, said Strassburger, co-chair of the city’s task force, which has 23 members and began meeting in September. She noted several popular establishments that have closed in recent years in western Pennsylvania, including Nied’s Hotel, a nightclub in Lawrenceville.

The task force is scheduled to meet for a year, charged with figuring out how to drum up interest among business owners. If the effort gains traction, it might spur copycat efforts in other areas of the state, members said.

“If we can get this to work in the city of Pittsburgh and if we can sort of spread awareness throughout even Allegheny County, how can we do that statewide? How could we make this a viable option, or at least alert people to it’s being an option worth exploring for their businesses throughout the commonwealth?” said Julie Strickland-Gilliard, a task force member whose full-time job is managing western Pennsylvania issues for Lt. Gov. John Fetterman.

The center of gravity for the statewide push is the Pennsylvania Center for Employee Ownership. The private nonprofit was created in 2016 in the wake of a report by the National Center for Employee Ownership that made the case that state-level centers could spark interest in the concept around the country. Based in Havertown, the Pennsylvania center has an annual budget of $400,000 and an additional office in Pittsburgh at Chatham University, whose president, David Finegold, is a researcher and supporter of employee ownership.

The national group selected Pennsylvania as a test case, in part, because of advocates like Baker, said Kevin McPhillips, the Pennsylvania center’s CEO and executive director. Another factor was the Keystone state’s relatively high number of ESOPs compared to other states.

It is too early to tell if the Pennsylvania efforts are bearing fruit, McPhillips said. However, he noted federal showing the state added a net total of 20 ESOPs in 2016. And he has tracked increasing engagement with the center’s outreach efforts. Its Facebook page, for example, had about 1,130 followers in early December, up from less than 50 in April, McPhillips said, noting the figure was comparable to the national center, which has about 1,500 followers.

ESOPs are recognized under a federal law enacted in 1974. Under the arrangement, a trust is created to buy shares in a company from the owner and hold them for employees. The trust borrows money to make the purchase, but any profits attributable to the trust’s shares are tax-exempt, freeing up money to repay the loan. Employees accrue shares as they work and sell them back to the trust when they leave or retire.

The challenge is selling the idea to business owners who often believe converting to an ESOP is more complicated and costly than the alternatives. It is generally neither, said Bob McCormack, managing partner of Murphy McCormack Capital Advisors, an investment banking firm in Lewisburg

“The education of the average business owner has not been great,” said McCormack.

Another potential downside for business owners is that an ESOP transaction usually nets less for an owner than a sale to another buyer, such as a competitor firm or a private-equity fund.

“No matter how attractive the ESOP idea may be to an entrepreneur, if there are enough trucks with enough cash, people’s heads start to nod and they say, ‘Maybe I’ll take the dollars,’” said James Steiker, president and CEO of SES ESOP Strategies, a Bala Cynwyd-based subsidiary of law firm Stevens & Lee in Reading.

On the other hand, more owners today have wealth outside their businesses, unlike owners 20 or 30 years ago, said Steiker. They may look at other factors besides the bottom line.

“I’ve had that conversation with folks, ‘How much is enough?’ And I think that’s the countervailing piece,” said Steiker, who was involved in starting the Pennsylvania Center for Employee Ownership.

A quirk in state tax law also makes an ESOP less attractive, Steiker and other advocates acknowledged. Pennsylvania is one of only two states that does not allow sellers to defer taxes on capital gains from a sale to an ESOP. The gains can be deferred at the federal level under certain conditions.

Here is how it works: A business owner who sells a company for $5 million typically would have to pay capital gains taxes on the sale. But if the sale transfers at least 30 percent of a company’s ownership to an ESOP – and the company is a C Corp – the owner does not have to pay federal capital gains taxes, as long as he or she turns around and invests the money in qualified investments such as stocks and bonds. Pennsylvania, however, would still take 3.07 percent of the sale price, or about $150,000.

The Pennsylvania House passed Rep. Metcalfe’s HB 285 on Dec. 18 by a vote of 130-67. It now heads to the state Senate for consideration. Supporters are hoping for a Senate vote in early 2020.

A bill introduced this year in the state House by Rep. Daryl Metcalfe, a Republican from Butler County, would bring Pennsylvania in line with federal law. A House committee passed the bill in November with votes from both Democrats and Republicans. McPhillips said he expected a floor vote on the measure by the end of the year, with the Senate to take it up in 2020.

State funding also could help promote the concept of employee ownership, said Steiker, who argued that the idea has broader advantages

“In short, ESOP companies don’t move to China,” he said. “There’s a lot of public policy benefit to having stable employee-owned companies as a significant part of the economy.”

It is an idea with a precedent. In the early 1990s, he said, Pennsylvania and several other states tapped economic-development money to help companies pay for studies into whether employee ownership was feasible. Steiker said only a handful of companies took advantage of the funding, which was available for two or three years before being cut

“As state budgets have become tighter, it’s been very hard to get the states to want to fund those kinds of activities,” he said.

Money was not the main goal for Baker when he picked up the brochure on ESOPs in 1995. He said he was attracted to the idea that ownership would give employees a bigger stake in NewAge’s performance.

“I believe in shared capitalism,” said Baker, 66. “I think if everybody is an owner, everybody will get going to make the company better.”

He also saw what happened to small and midsized companies that sold to private equity firms, multinational companies or other large buyers. The transactions often resulted in layoffs and plant closures.

“I really got disturbed by some of the end results,” said Baker, whose father founded NewAge in 1954. Based in Southampton, the company makes hoses and tubing for a variety of industries, including craft breweries and pharmaceutical firms.

He knew he wanted to bring employee ownership to NewAge but he didn’t own the company himself; he had to buy it first from his brother and father. Baker achieved that goal by the late 1990s and began planning the sale to employees in 2000. He did not want to sell it all at once, though. Baker said he wanted to educate employees about being owners and getting the most out of the ESOP. He also expected company shares would grow in value, so the shares he sold later would be worth more than the shares he sold first.

“If you start early, educate and then do multiple tranches, that is a model which could get a selling shareholder more dollars,” Baker said.

He started off in 2006 by selling 30 percent of the business to employees, followed by another 10 percent in 2010. He sold 9 percent in 2016 and the remaining 51 percent this year. Over the same period, NewAge grew from roughly $15 million in annual sales to about $75 million, Baker said. And the workforce rose from about 60 employees to 187.

Baker remains NewAge’s CEO and now spends some of his time urging other business owners to consider employee ownership.

— Joel Berg has been a business reporter for more than 20 years, covering finance, health care, environmental regulation and general business news for local, regional and national publications. He also has taught writing and communications at York College, Millersville University, Gettysburg College and Harrisburg University. Follow him on Twitter @joelbYorkPA.

Made in Pa. for a holiday hooray!