FILE PHOTO: In this May 8, 2003, file photo, a northern spotted owl sits on a tree branch in the Deschutes National Forest near Camp Sherman, Ore. A federal appeals court in San Francisco has upheld a plan by wildlife officials to kill one type of owl to study its effect on another type of owl.

What can be saved? Owl killings spur moral debate 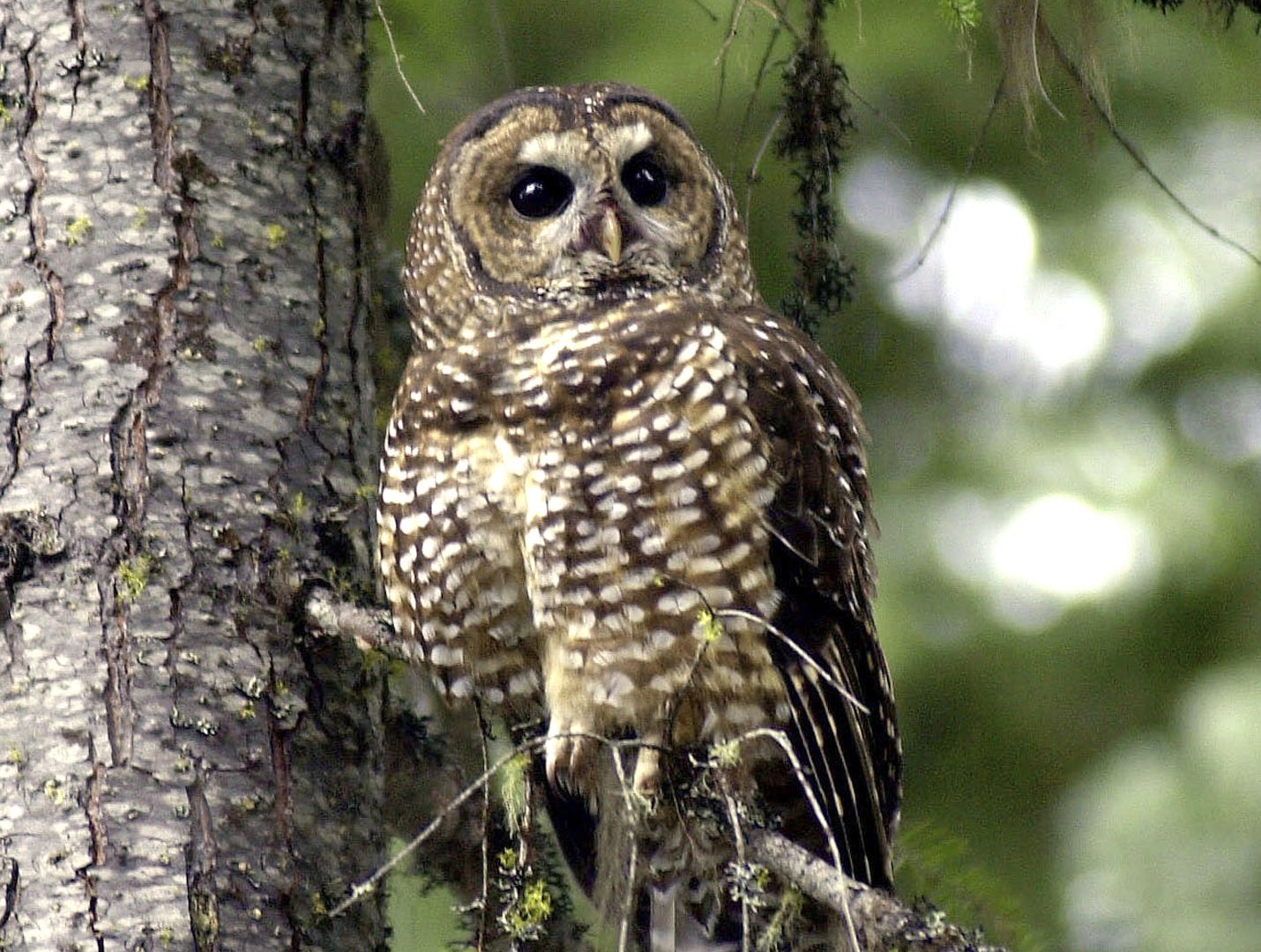 FILE PHOTO: In this May 8, 2003, file photo, a northern spotted owl sits on a tree branch in the Deschutes National Forest near Camp Sherman, Ore. A federal appeals court in San Francisco has upheld a plan by wildlife officials to kill one type of owl to study its effect on another type of owl.

In a controversial experiment, the U.S. government is killing one owl species to try to save another.

The northern spotted owl population has been on the decline in the Pacific Northwest from logging across Washington, Oregon and California. After it was listed as threatened under the Endangered Species Act in 1990, logging was halted on millions of acres of old-growth forests on federal lands, but another threat moved in.

Larger, more aggressive barred owls – native to the East Coast — competed with spotted owls for food and space, displacing them in some areas.

“We have a non-native species that’s come in, that is very quickly steamrolling over our native species,” says Robin Bown, a biologist at the U.S. Fish and Wildlife Service, which heads the experiment.

In a last-ditch effort to protect spotted owls, federal officials are resorting to killing hundreds of barred owls. Since the experiment began in 2015, more than 2,400 barred owls have been shot and killed.

“We developed a protocol for removal that allows … a very quick and humane death,” Bown says. “We don’t want animals to suffer at all.”

U.S. Geological Survey biologist Dave Wiens and his trained team have been picking off invasive barred owls with 12-gauge shotguns to see whether the native birds return to their nesting habitat once their competitors are gone.

The killings have raised thorny questions: Should humans intervene to stave off potential extinction of a species?

Michael Harris, of Friends of Animals, thinks the government should focus on what people are doing to the environment and protect habitats rather than scapegoating barred owls.

“They tend to be able to separate themselves from the moral consequences of taking an animal’s life and treat these more like biological systems that can be manipulated,” he says.

In Canada, officials have also tried removing barred owls to help spotted owls as part of a test. In 2007, they launched a captive breeding program in British Columbia to help restore the population of spotted owls.

“We have 21 spotted owls here. My focus is to take care of those 21 owls so that there’s a future for the species,” says Jasmine McCulligh of the Northern Spotted Owl Breeding Program.