Their call for action comes as the Trump administration works to loosen federal regulations on the powerful greenhouse gas. 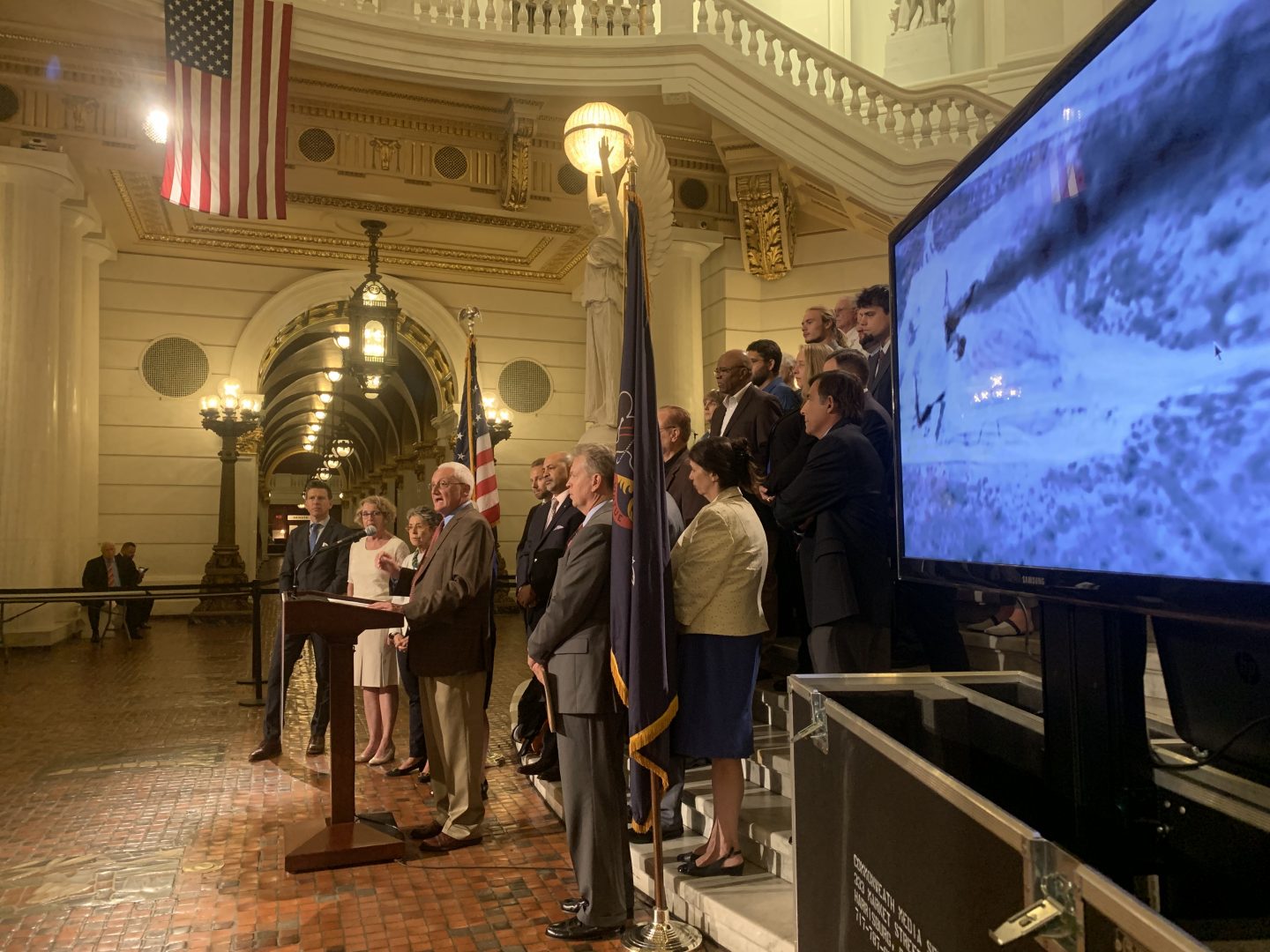 Update 2:12 p.m. Dec. 17: The proposed rule moved forward at the Dec. 17 Environmental Quality Board meeting. There will now be a public comment period in 2020, after which the Department of Environmental Protection will draw up the final regulation and send it to EQB for consideration, according to a news release from Gov. Wolf’s office.

Reported previously: (Harrisburg) — As President Donald Trump’s administration rolls back emissions controls, Pennsylvania Governor Tom Wolf is under increasing pressure from environmentalists to crack down on polluters within the state.

As part of a broader effort to scale back environmental oversight, Trump’s Environmental Protection Agency has said it plans to stop requiring oil and gas companies to use technology to find and fix methane leaks.

Wolf has taken some action to reduce methane ​emissions in Pennsylvania already.

“The fact that he’s not going to sink down to Donald Trump’s low environmental bar is not really something to be patted on the back for,” Vitali said, chalking the proposal’s sluggishness up to “a lack of priority with regard to environmental protection.”

The administration said it aims to propose its new rule before the Environmental Quality Board by the end of the year.

Its announcement came the same day that a coalition of environmentalists—Democratic and Republican representatives and a number of advocates—gathered in the Capitol to urge action.

In a statement, a group that included PennEnvironment, the Sierra Club, the Natural Resources Defense Council, the Pennsylvania Council of Churches and Physicians for Social Responsibility, and a number of others said the proposed rules “have been in development at the Department of Environmental Protection for too long and with the federal government abdicating its role on climate action, it falls to Gov. Wolf to act quickly and decisively to protect the residents of the Commonwealth.”

Meanwhile, the Marcellus Shale Coalition released its own statement on behalf of drillers, saying that the natural gas industry is “continuously enhancing best practices, utilizing new technologies and collaborating as an industry around these shared environmental and business goals, all while pushing record production levels.”

Drillers, the coalition said, have “concerns about the structure of the regulations” and intend to work closely with the Wolf administration on their development.

The EPA estimates methane makes up more than 10 percent of human-caused greenhouse gas emissions in the US, and says most come from natural gas and petroleum producers.

Pennsylvania is the second-largest natural gas producer in the country.

Climate change forum in Philadelphia: More impacts to come, but some already 'in the rear view mirror'