A chance of freedom? New bill could release 1,000 people sentenced to life in Pa. prisons

For more than 40 years, life sentences in Pennsylvania have only come one way: without the possibility of parole.

(Philadelphia) — Tom Schilk didn’t see the tourist he robbed fall from the third floor of his West Philadelphia apartment building.

He was in another unit, two floors down.

“We heard a bang and we went out front and [Felix] Davila was lying on the pavement. He was really, really damaged,” said Schilk in a recent interview.

This was 1984. Earlier that night, Schilk had been out drinking in Center City. On the way to catching the subway home, he says Davila propositioned him on the street.

“I agreed, with the intent of separating him from his money however I could,” said Schilk, “whether by tricking him or taking it off him or whatever.”

Schilk brought the man back to his property. There, Schilk tied him up and took his money.

Schilk left the room, went downstairs and, suddenly, the 35 year-old teacher from Baton Rouge fell to his death.

No one knew exactly what happened.

During his two-week jury trial in 1986, prosecutors said Davila’s body was found naked on the ground when Schilk tried to hide it by wrapping it in a blanket and putting it in the garbage. They said Schilk later fled the city, before being ultimately caught by the F.B.I.

But prosecutors also conceded that Schilk did not kill Davila that December morning.

It didn’t save him any prison time. In addition to robbery, Schilk was convicted of second-degree murder, which triggers a mandatory life sentence in Pennsylvania, the same as first-degree murder convictions.

“I know I can never really re-balance the scales. The harm I’ve done is irreparable. I realize that,” said Schilk, 59, over a crackly phone line from State Correctional Institution Phoenix in Montgomery County.  “But I would like to try to do good. I would like to help people.”

A screenshot of an article from the Philadelphia Inquirer in 1986.

Three decades after his trial, Schilk hopes he will have a chance to see the light of day.

State Sen. Sharif Street (D-Philadelphia) recently reintroduced a controversial bill that would give more than 1,000 state inmates serving life sentences for murder a shot at getting released.

It would be a big shift.

For more than forty years, life sentences in Pennsylvania have only come one way: without the possibility of parole.

“For the people who deserve to remain in prison, my bill does nothing to say that they will be released. It simply gives the Board of Probation and Parole the ability to sort it out,” said Street.

Under the bill, people convicted of first-degree murder — intentionally killing another person — would be eligible for parole after serving 35 years.

People convicted of second-degree murder — participating in a crime that ended someone’s life, for instance, being a getaway driver — would have to wait 25 years.

For inmates and their families, the measure would be a gift, a godsend.

Joanne Schilk-Bierman was devastated when her older brother Tom went away. In the span of seven years, she buried two siblings. With Tom’s life sentence, she felt like she was losing a third.

“It was like a great sense of loss and grief again — all over,” said Schilk-Bierman.

These days, her small Bucks County apartment is filled with things that make her feel close to her brother. For years he was the most consistent male figure in her life, even when he was in the throes of drug addiction.

There are framed photographs, but also colorful paintings and stencil work Schilk created in prison.

“Having something that he actually had his hands on is so important to me. You know, just knowing the card that he sent to me — he physically had this card in his hands. And now it’s like kind of a sense that I’m getting to touch what he touched,” she said. 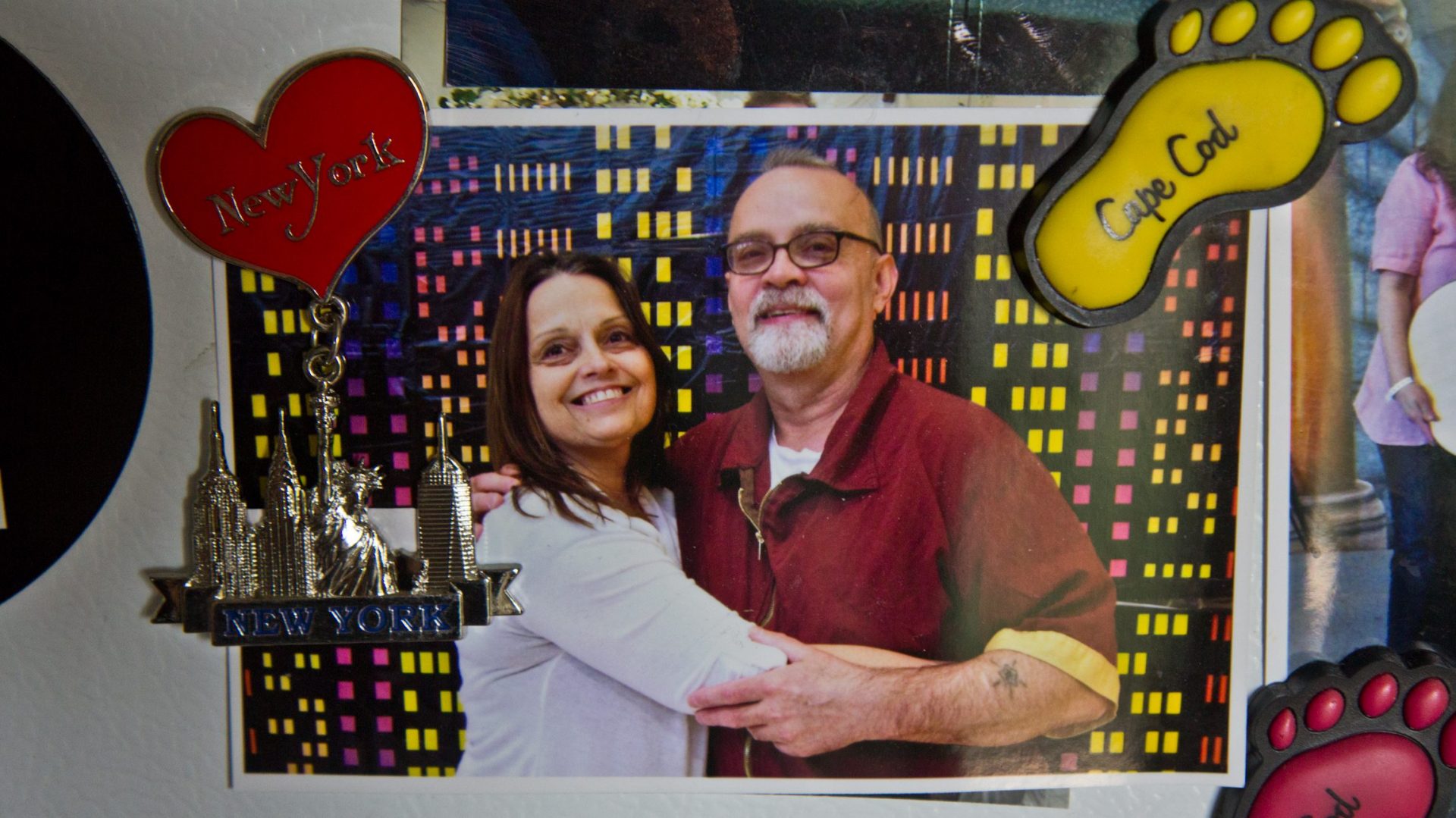 Tom Schilk agrees. To him, inmate rehabilitation has diminishing returns. More years behind bars, he said, do not necessarily equal more personal growth.

He says he’s felt ready to return to society for a long time.

“Had I been released 15 years ago, after I had 20 in, you know, most of the good that could have been served by my incarceration would have happened [by that point],” said Schilk.

‘Fell to the floor screaming’

So why not give Schilk and others a chance to be paroled?

Wilfredo Rojas, a former prison social worker, has a blunt answer: they don’t deserve that.

He said it’s enough that these inmates are alive and breathing, that their families can visit them, especially if they committed first degree murder.

His feelings are rooted in deep pain.

His son, Alejandro Rojas-Garcia, was murdered in 2015 after a night out with friends. A stranger he had an argument with shot up his SUV as Rojas-Garcia drove away from an after-hours club.

He was 34 years old, a father pursuing a marketing degree at Temple University.

“They didn’t tell me what happened. They just said that he had died. And I just fell to the floor screaming,” she said. 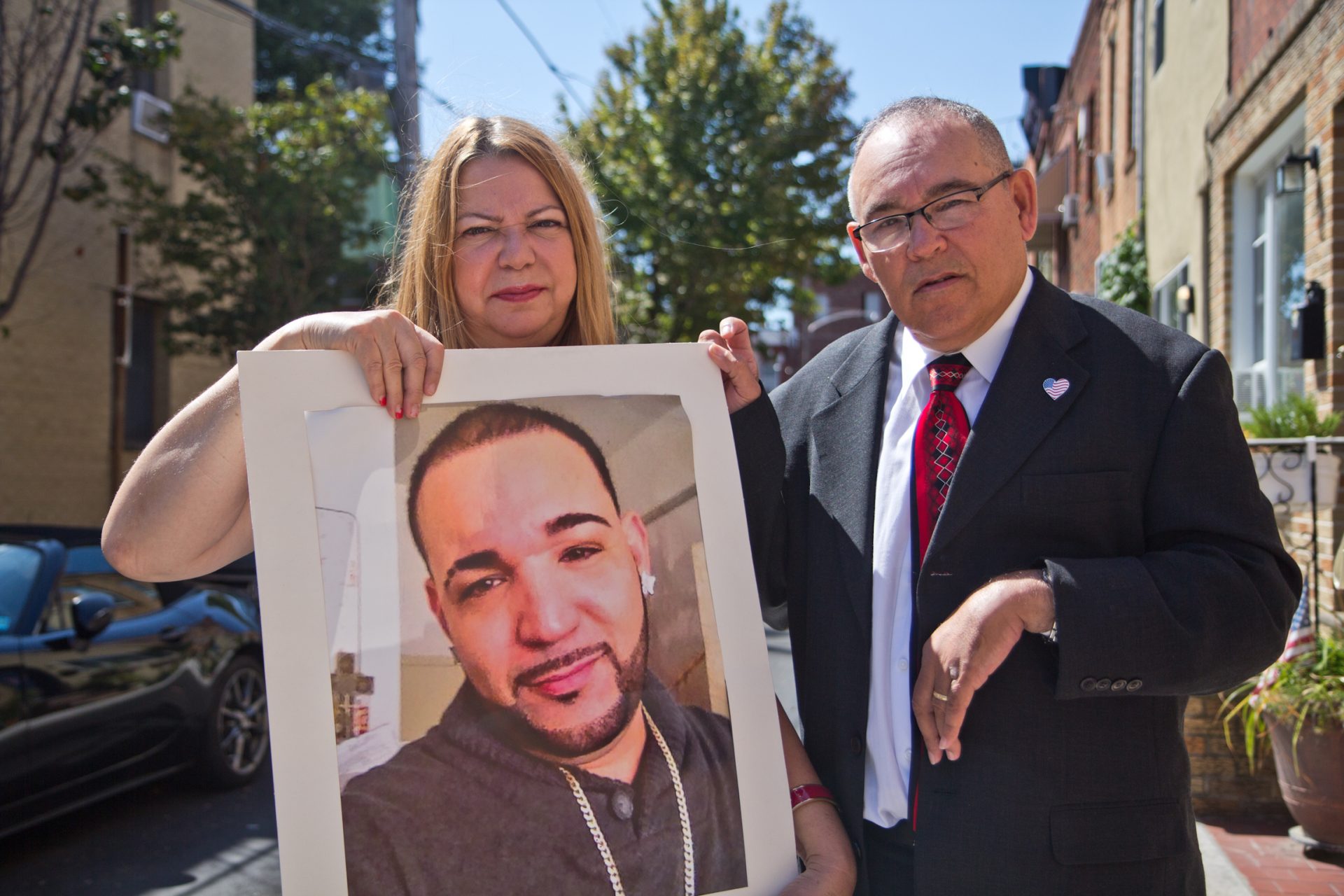 Garcia said it took a long time for the initial shock to fade. Months went by before she could muster anything more than a blank stare.

Rojas was just as gutted — still is. He said he understands Tom Schilk’s argument, but he can’t support a bill that would potentially let people like his son’s killer — who is serving life for first-degree murder — go free even if they won’t pose any harm to society after 35 years in prison.

“Will they be corrected? Probably. But the issue, again, becomes, ‘You hurt somebody else. You uncorrected my life. My life is not correct since that murder,’” said Rojas.

Street’s bill faces a tough road. Previous efforts have failed to get out of committee and the state’s Office of Victim Advocate is strongly against it.

Jennifer Storm, who leads the office, said she opposes the measure based on the feelings of the “overwhelming” majority of victim’s families.

“It’s a betrayal for these survivors. It does not feel like the justice they were promised by our system,” said Storm, adding that “it’s not the job of the legislature to second-guess the judiciary.”

Gov. Tom Wolf hasn’t taken a position on the measure.

For the Shilk family, for a moment recently, it looked like there could be another way.  The state’s Board of Pardons considered commuting Tom’s sentence. It’s a move that’s statistically still very rare, but has become more common under Wolf.

Heading into Friday, Joanne was very hopeful her brother would be released.

“He had people telling him, ‘You are getting out.’ Not just friends and family. People that are very involved with this whole commutation process,” she said.

In the end, Shilk’s commutation was denied.

“Our mouths just dropped,” said Schilk-Bierman. “We couldn’t believe what we were hearing.”

For her, the experience bolsters the need for a bill like Street’s.

“There really needs to be a push for this,” she said. “There needs to be some kind of hope.”

Pa.’s lawmakers return to Harrisburg this month. Here’s their plan.