Pennsylvania sends billions of dollars to public schools every year, and some school districts think the way that lawmakers distribute that money is unfair and unconstitutional.

Amid that dispute, substitute teacher Anne Gray attended an education forum in York a few months ago. It was hosted by POWER, a group that says there are “deep and persistent racial disparities” in how the state distributes basic education money.

“That was pretty shocking and dismaying,” Gray said.

That prompted a question for her. She wondered whether school districts could take matters into their own hands, instead of waiting for state lawmakers or judges to take action.

“Would it be legal for PA school districts to simply redistribute their own funds between districts according to the Fair Funding Formula without waiting for a Bill to pass that forces them to?” she asked in a Listening Post question. 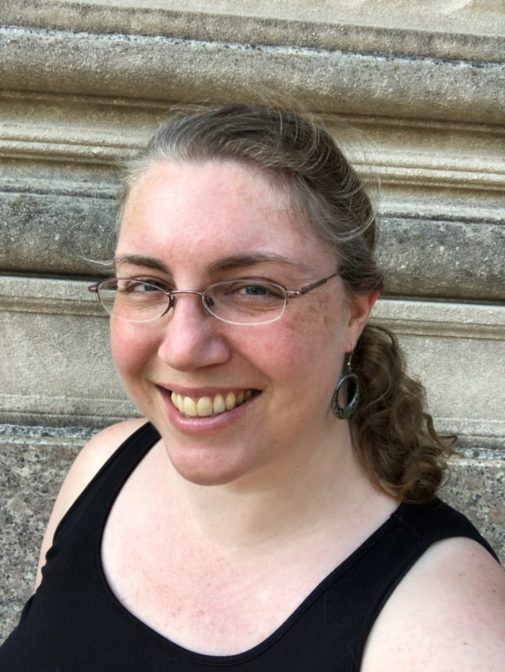 To understand the conflict, it helps to know how much money is at stake, what exactly the “Fair Funding Formula” is, and why some people think it’s not fair enough.

And second, the conflict over how that money is awarded:

For decades, the state had a system in place that didn’t link funding increases to a school district’s enrollment.

In 2016, state lawmakers approved a new way of deciding how much money to give districts.

The new formula takes into account the number of children in a district, how many live in poverty, how many are English language learners, the wealth of the community served by a district and other factors that supporters, including Democratic Gov. Tom Wolf, say create what they call a “fair funding formula.”

But the new formula only applies to increases in state funding. In other words, the new formula locks in pre-2016 funding levels for all districts. That’s great for districts that benefited under the old system, but does relatively little for ones that suffered.

Some lawmakers, including state Rep. Chris Rabb, D-Philadelphia, want all of the state’s basic education money to go through the new formula.

Many supporters of his bill represent legislative districts in Philadelphia and its suburbs. Rabb’s bill is stalled in the legislature. 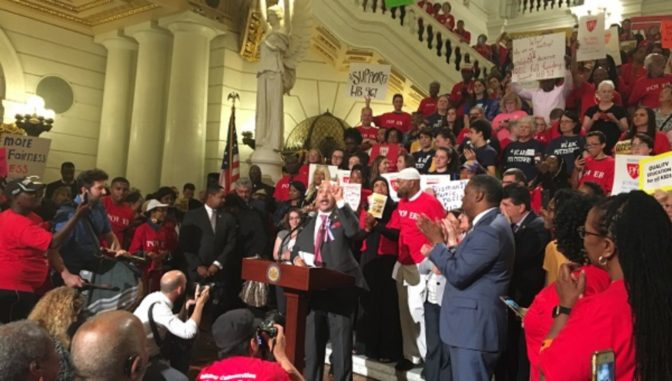 State Rep. Chris Rabb, D-Philadelphia, who is sponsoring a bill to shift basic education funding entirely to a new formula, speaks at a rally at the Capitol in this file photo.

A wildcard in the school funding debate is a court case expected to be heard in Pennsylvania’s Commonwealth Court next year.

Gray, the York County substitute teacher, would like to see a change happen soon.

“I think it would be not only ethically appropriate but financially responsible,” she said.

The Pennsylvania Department of Education declined to provide an answer to her question about districts sharing money. Spokesman Rick Levis said the department is “not in a position to do legal research on a hypothetical question.”

But Jay Himes, leadership advisor for the Pennsylvania Association of School Business Officials, did respond.

He noted that school districts already co-fund some programs, such as Advanced Placement classes or even sports teams. And districts can make payments to other school districts if they are receiving a service.

But he said they would have a tougher time of directly sharing money — whether that money comes from the state basic education subsidy or directly from local property taxpayers.

“I don’t think you could do it on a voluntary basis,” Himes said, “because your district’s taxing authority is for your school district not … to help your neighbor’s school district.”

And, politically, he doesn’t think school districts would volunteer to send money away.

“Even if you had some sort of legal magic wand and could say, ‘Yeah, we’d be interested in doing that,’ I would think you’d meet a lot of opposition,” he said. 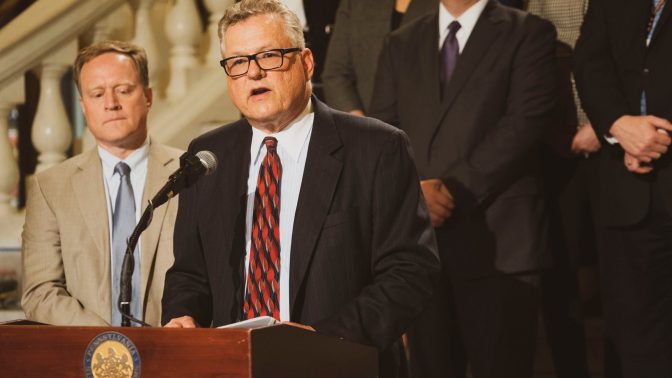 Courtesy of the Pennsylvania Association of School Business Officials

Jay Himes is leadership advisor for the Pennsylvania Association of School Business Officials.