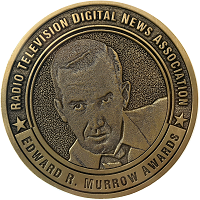 (Harrisburg) — For the fourth time since 2009, WITF has been recognized with multiple National Edward R. Murrow Awards — among the most prestigious in broadcast and digital journalism.

The Radio Television Digital News Association (RTDNA) has honored the public media organization with two Murrow Awards for its multimedia project looking back at the Vietnam War’s impact on central Pennsylvanians:

The honors are the first the station has earned in those categories. WITF has now received 15 National Murrow Awards for excellence in broadcast and online journalism since 2007, the most in Pennsylvania over that time period. WITF’s two awards tied with Vermont Public Radio for the most among radio stations in markets 51 and smaller . National Murrow Awards are presented to small and large radio, television and digital outlets based on 14 geographic regions.

“We cannot make our communities better unless we understand them, and these stories from news organizations large and small have educated, uplifted, inspired, uncovered and enlightened,” said Dan Shelley, RTDNA executive director.

“I am immensely proud of the WITF News team not only for the sheer number of national awards (15 since 2007), but also for the range of award categories represented: hard news, investigative, news series, innovation, sports, writing and more,” said WITF CEO Kathleen Pavelko. “It is a tribute to the talent and dedication of our journalists, who add new skills and creatively adapt to a rapidly changing media world.”

WITF’s Vietnam project began ahead of the landmark documentary event THE VIETNAM WAR, a film by Ken Burns and Lynn Novick which premiered on WITF-TV in September 2017. In March 2017, WITF’s Vietnam website was launched. Through regional and statewide collaborative partnerships, WITF gathered stories of people (soldiers — both American and Vietnamese — as well as families, pacifists, and antiwar protesters) in our region who were touched by one of the longest wars in United States history. More than 200 stories were submitted to the site, along with dozens of photos. The website has garnered more than 8,000 visits and more than 28,000 pageviews since its launch. Leading the content team on the effort was Mike Williams, Tom Downing and Matt Wilson.

“WITF is proud of our in-depth coverage of the Vietnam War. Some of these stories had never been heard but they needed to be told. Thank you to all the veterans and civilians who shared their deeply personal stories with us.” said Cara Williams Fry, WITF’s Chief Content Officer. “These award-winning pieces were produced by WITF’s creative team of hard-working journalists, producers and interactive designers who work well together and care about our communities.”

The effort led to both television and radio documentaries that aired on WITF, as well as Lambert’s profile of Jeff Butch. The former Marine was part of Northeastern High School’s Honor Bus trip to Washington D.C. in the spring of 2017. Butch made the trip to visit the Vietnam Veterans Memorial Wall in an effort to try to find peace decades after his tour of duty in ‘Nam.

He shared his experiences, including finding the name on the wall of the first man he saw die in combat — 19-year-old Marine Private First Class Lonnie Pitts Newland of Pinellas Park, Florida. He also expressed hope to finally reach out to Newland’s family to let them know their loved one wasn’t alone in his final moments. Butch eventually did talk with the late Marine’s sister and shared, “it was like therapy for both of us.”

“It’s always an honor to tell a veteran’s story and now to have it recognized nationally — in the same breath as Edward R. Murrow’s name — is truly special,” said Lambert, who has been at WITF for nearly 17 years. “Awards are wonderful, but the goal is always to provide our listeners with the best public service possible, especially in today’s media landscape. Our team of journalists work very hard every day to achieve a very high standard our audience has come to expect from us.”

He credits Williams Fry for her work editing the script and Joe Ulrich for his audio editing efforts.

The National Murrow Award is the fifth of Lambert’s career to go along with 20 Regional Murrow honors. 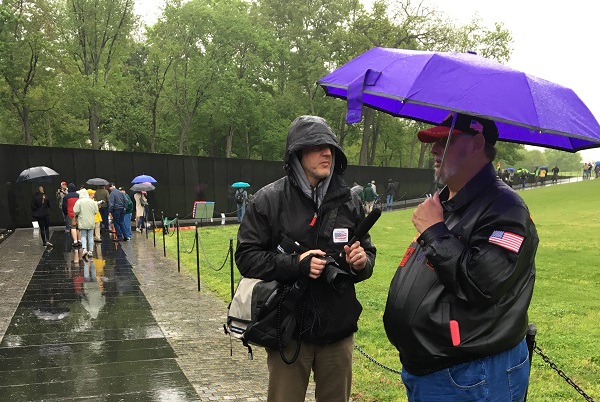 A complete list of recipients of the 2018 National Edward R. Murrow Awards can be found at rtdna.org.