Offering no evidence, Rep. Perry suggests ISIS might be tied to Vegas shooting 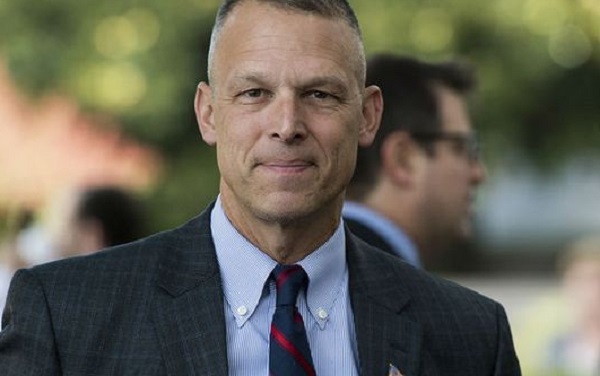 (Undated) — Offering no source for his information, York County’s congressman told a national audience Thursday that he is aware of credible evidence that foreign terrorists might be connected to the Las Vegas massacre in October.

Scott Perry, a Republican in his third term and member of the House Homeland Security Committee, shared his thoughts with Tucker Carlson on Fox News.

The article said the “hints about a possible Islamic State connection to Stephen Paddock’s attack from the 32nd floor of the Mandalay Bay hotel” were unsubstantiated.

Here’s what Perry said on Fox:

“I smell a rat, like a lot of Americans. Nothing’s adding up. It’s been four months. …The man’s dead. They said he’s a lone gunman, lone shooter, yet we can’t get the autopsy results.

“But even more troubling than that, recently, I’ve been made aware of what I believe to be credible evidence or credible information regarding potential terrorist infiltration through the southern border, regarding this incident.”

Carlson replied: “Terrorist connections? OK. So what’s the outline of that? What would that mean?”

“Well, they could be, well, let’s face it, ISIS twice before the attack, ISIS warned the United States that they would attack Las Vegas by, I think, in June and August, and then after the attack claimed responsibility four times.

“Meanwhile, the local law enforcement investigative services are telling us there is no terrorist connection, lone gunman. Again, something’s not adding up.”

“If you do have any evidence of that, I’m asking you right now to share it with us and tell us what that is,” she said.

Perry replied: “Nothing adds up. But I’m just telling you, I have received what I feel to be and believe to be credible evidence of a possible terrorist nexus.”

Perry said the National Counterterrorism Center should have a role in the investigation.

“If ISIS warns about an attack, and then an attack occurs and then claims responsibility after the fact, it seems to me that, at a minimum, they should have some portion of the investigation to clearly debunk that claim, and yet it hasn’t happened,” he said.

The Las Vegas shooting, which left dozens of people dead and hundreds more injured, has been described as the worst mass shooting in modern U.S. history.

Afterward, some Democratic lawmakers argued that legislation was needed to ban devices known as “bump stocks,” which allow rifles to fire rapidly, mimicking a fully auotmatic weapon. Meanwhile, the National Rifle Association and some Republicans said the Bureau of Alcohol, Tobacco, Firearms and Explosives should review polices allowing bump stocks.

Perry has described himself as a lifetime member of the National Rifle Association and has said “few are stronger advocates of the Second Amendment than I.” His government website says, “The Constitution doesn’t specify what type of arms we can bear or how/when we may exercise our rights; the federal government also has no constitutional authority to limit/regulate these rights.”

In 2012, Perry was first elected to represent the 4th Congressional District, which includes all of York and Adams counties. He is an Iraq war veteran, and while in Congress, he was promoted to brigadier general in the Pennsylvania Army National Guard.

He has had other notable moments on cable news. He clashed with MSNBC’s Chris Matthews in 2013 and CNN’s Chris Cuomo in October.

Perry’s office said he wasn’t available for an interview Friday.

“More information regarding this matter will come to light in the coming days,” Perry said. “I hope these events spur federal counterterrorism officials to fully investigate ISIS’ claim of responsibility for this massacre.”