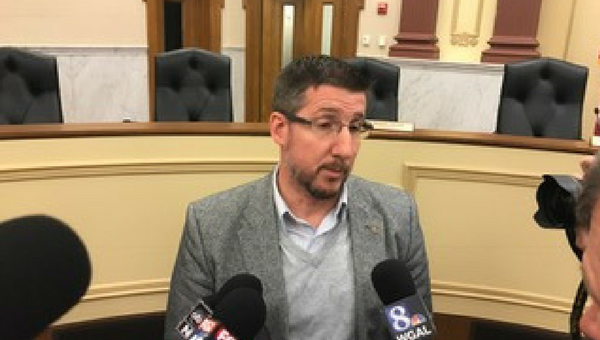 (York) — More than 2,900 double votes were cast during municipal elections in York County due to a voting machine programming error.

County officials said at first that the issue did not appear to affect the outcome of any races.

But if vote tallies provided by the county are correct, the West York Borough Council contest might have been impacted.

West York Councilwoman Shelley Metzler finished fifth of six candidates vying for four seats. But she might have placed fourth – and secured another term – if she had received enough of the 32 “over votes” cast in the council race, a closer review by WITF/Keystone Crossroads found.

“This is why we have the objection process through the courts,” county spokesman Mark Walters said in response to a request for clarification.

Normally, it’s not possible to vote twice for one candidate on a single ballot. But human error made while programming voting machines created the potential in nine contested races in York County Nov. 7 (click here for details on what we know so far about how the problem arose, was detected and addressed on Election Day).

A total of 2,909 double votes were cast for candidates in those nine races, according to preliminary results announced Monday.

Winning candidates’ victory margins were wide enough that they would have prevailed, regardless, in eight of the nine potentially affected contests.

But in West York, where four seats are up on borough council, Metzler might have prevailed if she’d received enough of the 32 “extra” votes cast there.

All of the extras were cast for incumbents Mary Wagner and Brian Wilson.

Wagner and Wilson’s tallies put them first and second, respectively, with or without the double votes. But if the extras had gone to Metzler, she would have finished fourth, edging out Wayne Leedy. Leedy, who also didn’t respond to calls Monday, finished nine votes ahead of Metzler.

Results will be finalized in one week – the same day the county’s due to submit a report on the issue to the Pennsylvania Department of State. That’s also the deadline for any legal challenges.

It took five hours last week for 22 county workers to review the 18,000-page internal paper trail generated by more than 600 voting machines, in search of two votes for the same candidate on one ballot signified by repeated numbers in the same block of numeric code.

Walters says no one has been disciplined over the matter, which cost $3,000 for an audit last week of the manual review prior to preliminary results certification.

Editor’s note: This post was updated to provide the exact number of over-votes counted during a manual review and audit of York County’s voting activity, and add information about the possible impact on West York Borough Council detected by a closer review by WITF/Keystone Crossroads.

Over the Line: The 11th: Know your neighbors