Over the Line: The 11th: Know your neighbors

(United States Department of the Interior/Esri/7partparadigm)

(Hazleton) — The dump trucks 500 feet below my feet look like Matchbox cars against the vast expanse of slate, rock and coal over which they are crawling.

The 20-person crew responsible for the steady thrumming in the open pit before us is working in Atlantic Carbon Group’s Stockton mine outside this city, the living embodiment of one of Luzerne County’s cultural calling cards.

And since mines like this don’t exist in Carlisle, Harrisburg or New Bloomfield, it’s also a visible reminder that Pennsylvania’s 11th Congressional District, in its current form, is the political equivalent of a shotgun marriage.

This is what gerrymandering has wrought in Pennsylvania.

Once known to political types as “the anthracite district,” Republican map-makers in 2011 stripped the 11th of its traditional anchor cities, Scranton and Wilkes-Barre, and replaced them with GOP-Helper from portions of Dauphin, Cumberland and Perry counties.

This has left voters in the district feeling cheated in multiple ways:

Voters in the northern end feel weirdly separated from their anchor cities, Scranton and Wilkes-Barre, from whom they get their television news, travel to for shopping, sporting events and concerts, and share countless cultural links.

Bob Curry, president of the Hazleton Integration Project, a non-profit that works to knit Hazleton’s newest immigrant population, Latinos, with the old guard, put it like this:

“For us, it seems so much more natural to be put into that geography with Wilkes-Barre and Scranton because we are a similar people,” he said, describing the Irish, Italians, Poles, and eastern Europeans who settled the small mining towns that dot Luzerne. 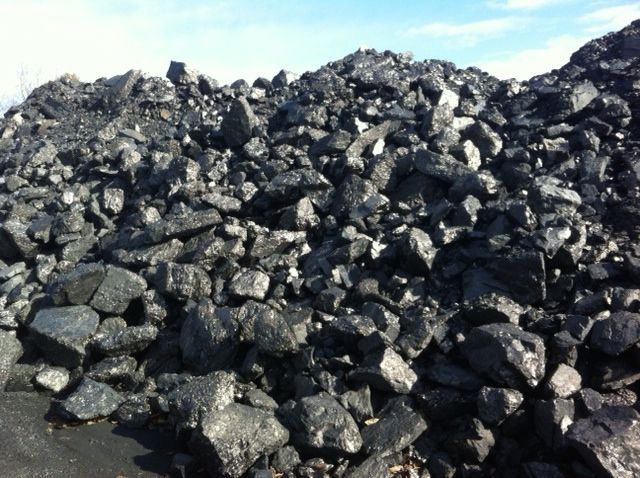 Pennsylvania’s 11th Congressional District has created a shotgun marriage between two regions that don’t necessarily know each other that well. Most of South Central Pennsylvania’s landscape is taken up by farms and suburban subdivisions. In Hazleton, meanwhile, they’re still proudly harvesting raw anthracite coal from the ground. (PennLive)

Voters in the lower end, meanwhile, have a Congressman they never had a hand in elevating to the office until after they were — by the mapmakers — assigned to him.

It is true that this kind of thing happens all the time after reapportionment cycles, especially in a state like Pennsylvania, which has seen its House delegation lose seats decade after decade.

Maps need to be redrawn.

And a close reading of the operative state laws would suggest that it’s entirely legal. The only black-and-white requirement governing the Congressional redistricting process in Pennsylvania is that the districts maintain equal population.

But it’s not often as stark as this. Consider the differences:

Dauphin, Cumberland and Perry counties have never been as big as they are now, population-wise, and they’re still growing.

To live in South Central PA is to worry about balancing the growth pressures that are upon us with trying to retain a viable agricultural industry, and to keep “monster warehouses” from swallowing up the countryside.

The anchor industries are super-stable: federal and state government employment, agriculture and related businesses, and, increasingly, distribution and warehousing.

In Northeast Pennsylvania, the anchor industry that built the area up, coal, is no longer an economic driver, and the counties have been searching for its replacement ever since. 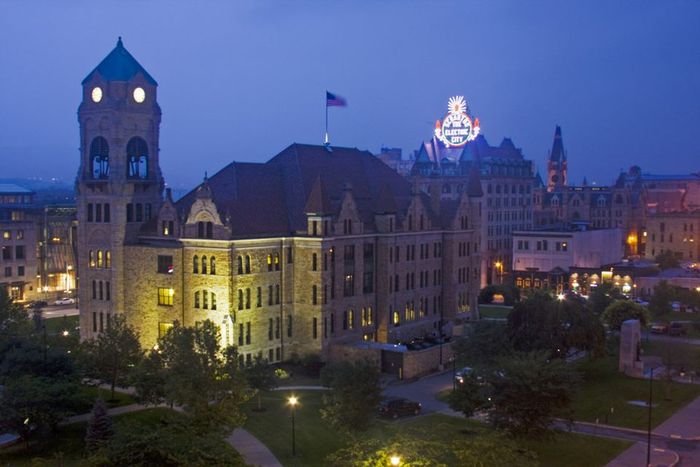 Hazleton got national attention a few years ago for taking the fight against illegal immigration into its own hands, though locals interviewed for this story insist that is yesterday’s news, now, and better days are at hand.

In South Central Pennsylvania, fruit growers and food processors who have long relied on migrant farm workers never saw an issue with undocumented residents taking jobs away from anyone.

It runs even deeper than that.

Go to a fire company festival or street fair in the 717 (the South Central area code), and you’re likely to be served up a bowl of chicken corn soup. Up in the 570? Pierogi and halushka. 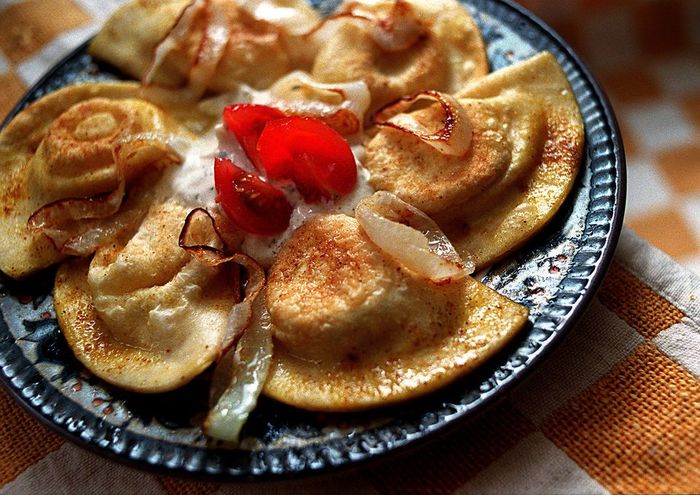 Go to a street fair in the 570 area code, and you’re likely to be sold a plate of pierogies. In the 717, meanwhile, people go to fire company festivals for the chicken corn soup. (PennLive)

Ironically – unlike in some other sections of Pennsylvania – the effects of gerrymandering in the 11th, while rooted in incumbent protection, are not so much about political outcomes, and here’s why.

Voters in Cumberland County have been represented by Republicans in the U.S. House exclusively since 1960, excepting the election of York County Democrat Nathaniel Craley in the national Democratic landslide of 1964.

Former incumbent Rep. George Goodling won the seat back in 1966, and it has been a GOP domain ever since.

Current U.S. Rep. Lou Barletta, the Republican former mayor of Hazleton, is actually a pretty decent ideological fit for the typical voter in South Central Pennsylvania. Official returns from last fall show Barletta swept to re-election by almost equal margins in the northern and southern ends of his district.

The realpolitik of South Central Pennsylvania suggests that barring another landslide of historic proportions, in this political lifetime the Republicans are going to have the upper hand in these House races.

Voters also have fairly similar concerns when it comes to the kinds of issues that drive people to call their Congressmen, Barletta staffers say.

What’s being felt more keenly, however, is that sense of not being represented by a Republican who you know.

Why does it matter?

Here’s how Justin Levitt, a professor at Los Angeles’ Loyola Law School, summed up the problem in a recent radio interview:

“Voters often have concerns… beyond their pure partisan preference. They want to be in districts that reflect their communities so that they have a representative from wherever they live.

“The more a district can reflect those (shared values that come from keeping communities of interest together)… the better served the voters will be because they’ll be voting to put in place somebody who represents more than just an R or a D.

“They’ll be voting to put in place somebody who represents their community.”

Besch saw a different portion of Cumberland County sawed off when she was in office, when 9th District Rep. Bill Shuster, who lives in Blair County, represented the western end of the county.

“I never felt that Bill had that same interest in dealing with us that he did in his own counties,” Besch said.

Now, she feels the same way about Barletta, who lives roughly two hours north of Carlisle, the Cumberland County seat.

While she and others are always careful to give Barletta credit for working hard to schedule time and get to know the players and concerns in South Central Pennsylvania, she can’t shake the feeling that it’s not the same as having someone who lives here.

“I don’t think that we necessarily feel like he is right on our doorstep and listening to the people here,” Besch said.

“And I think when push comes to shove, as in the case of a Base Realignment and Closure (cycle), I’m not certain what I would predict from someone like that. I would think they would show partiality to their own region.”

Rick Rovegno, another former Cumberland commissioner recalls having a similar conversation with Barletta once, asking him, “If a matter was before Congress where the positions, the interests as it relates to Cumberland County did not align with the interests of northeastern Pennsylvania, how would you vote?

“Because they are different areas, with different priorities… And try as he might, he couldn’t give me a good answer,” Rovegno recalls.

People in the Barletta’s hometown know the same could be true for them in 2019, with Barletta planning to relinquish his House seat next year to run for one of Pennsylvania’s two U.S. Senate seats against Democrat Robert P. Casey Jr.

And some of them worry about it, too.

Jim Grohol, the third-generation of Jimmy’s Quick Lunch on Broad Street here, said from his experience as a travel hockey parent, he believes most people in South Central Pennsylvania are the same type of people as those in Northeast Pennsylvania, with many of the same concerns.

But still, he conceded it would be a different feel for Hazeltonians if somebody from the southern end of the district was voted in.

“It depends if they would come up and actually spend some time up here and see if they could get to know us, our area around here,” Grohol said, expressing a preference for being in a more self-contained district.

Curry is of the same mind.

“I can tell you the people here would be, I think, really upset if we elected a representative from an entirely different area who, again, has not grown up with the issues that we face in northeastern PA, is not familiar with our problems, and is not even as acutely aware of what the positives are in this area so that they could be promoted to business and industry on a national scale.

“It’s almost a kind of taxation without representation because you really don’t have that local representative that is speaking your language,” Curry said.

'Taps' to ring out from Glen Rock park