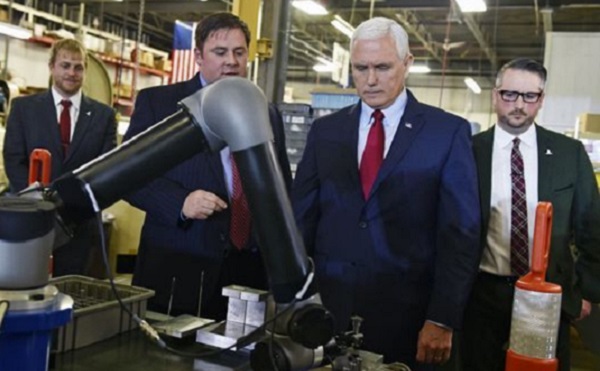 At the invitation-only event, Pence held a round table discussion about tax reform with local business leaders and families. He also toured the manufacturing company, and delivered remarks about the administration’s tax plan.

Pence’s visit comes less than a month after President Trump visited the Air Force National Guard base in Harrisburg to also discuss the tax reform plan.

According to the company’s website, Military & Commercial Fasteners Corp. makes and supplies fasteners and components for the commercial, defense and aerospace markets.

In addition to the company’s president, Craig Siewert, these local business owners were present for the round table discussion: