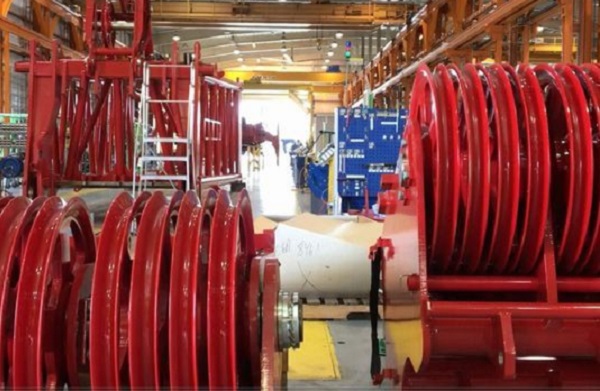 (Chambersburg) — The unemployment rate in Franklin County has returned to its lowest level in nearly a decade at a time when more than 800 jobs are unfilled.

Hospitality, manufacturing and warehousing appear to be driving the local job market.

Franklin County’s unemployment rate of 4.3 percent in September equaled the previous lows in March earlier this year and in July 2008, just before the recession hit the local area. Many officials consider 5 percent unemployment to be full employment.

“Things seem pretty stable right now,” said Jeffrey Newman, an analyst with Pennsylvania’s Workforce and Labor Analysis Center. “That’s a good number to be at. There hasn’t been a whole lot of movement this year.”

The state and national employment rates have also held stable, he said.

The Pennsylvania Department of Labor and Industry released the latest jobless rates on Tuesday.

Manufacturing has been second only to hospitality in creating local jobs over the past year, according to state labor department. Manufacturers in the county added 600 jobs. The hospitality industry added 800.

Newman said he was surprised by the additional manufacturing jobs and would “not put a lot of stock in the numbers” until the state’s annual 2017 report is completed.

Major manufacturers stabilized employment at low levels in recent months as they waited for the economy to take off. But, there have been signs of improvement.

Volvo Construction Equipment in Shippensburg on Oct. 20 reported growing demand. Sales jumped a third through the first nine months of its fiscal year. The division was the main contributor to Volvo Group’s improved profitability, according to Volvo President and SEO Martin Lundstedt. Volvo Construction Equipment sales have improved in markets across the globe. The company makes haulers, road rollers and other equipment.

JLG Industries, with plants in McConnellsburg and Shippensburg, too is seeing improvement. Parent company Oskosh Corp. in its earnings report released on Tuesday reported increased demand for aerial work platforms and telehandlers. Sales for the access equipment, which includes JLG makes, increased 7.5 percent in the fourth quarter from a year ago. Sales for access equipment were up 1.6 percent over the year.

Grove Manitowoc will release its most recent earnings report on Nov. 6. The company had reported in June that it stopped the bleeding from the recession and completed the move of its crawler crane operations from Wisconsin to Shady Grove on time and under budget.

Grove has nine CareerLink job listings, the most among the county’s three major construction machinery manufacturers.

Johnson Controls, parent company of Frick Co. in Waynesboro, lists 18 jobs with CareerLink. The company’s earnings report is due Nov. 9. The company had reported flat sales in its most recent report three months ago.

Ventura Foods, which has 19 job offerings in the Chambersburg area, was earning less than half of what it had in the previous year, according to a July earnings report. CHS, a farmer-owned cooperative, operates Ventura as a partnership with Mitsui & Co.

The Matrix warehouse, shown here under construction in summer 2017 in the United Business Park, is to be completed in early 2018. (Photo: Courtesy)

Warehousing/trucking added just 300 jobs to the county in the past 12 months, according to the unemployment report. “Big box” warehouses have been the main job-driver in the county in recent years. The lull appears to be temporary as more distribution centers are planned along Interstate 81 in Chambersburg, Greencastle and Shippensburg.

Matrix is building a warehouse similar in size the neighboring Procter & Gable warehouse that employs 1,000. The 1.2-million-square-foot Matrix warehouse in the United Business Park, Shippensburg, is to be completed in the first quarter of 2018 and does not yet have a tenant, according to David Sciamanna, executive director of the Cumberland Valley Regional Development Authority.

Health care also added 200 jobs in the past year, according to the unemployment report. More jobs are on the way as Menno Haven proceeds with a $120 million construction project at its Chambersburg retirement communities. Summit Health, owner of two hospitals and other heath facilities, is the county’s largest single employer.

Unemployment rates across Pennsylvania ranged from 3.5 percent in Chester County to 6.7 percent in Cameron County.

This story is part of a partnership between WITF and the Chambersburg Public Opinion.

Lancaster's proposed lead ordinance could make it toughest in midstate