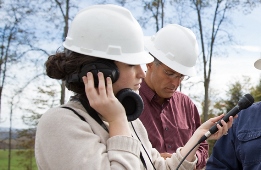 WITF‘s Multimedia News Department has been recognized for the fourth year in row by the Radio Television Digital News Association’s (RTDNA) with a National Edward R. Murrow Award.

RTDNA has announced WITF’s Marie Cusick has received a National Murrow in the Hard News Feature category for her story about a mysterious pile of dirt in Sunbury.WITF competed against radio stations in markets 51 and smaller. Find the complete list of winners here.

WITF is the only Pennsylvania media organization to be recognized with this national honor.

Murrow awards are presented at the regional and national level. WITF received six regional Murrow awards this year, whichacknowledged work of the highest quality produced by radio, television and online news organizations in Pennsylvania, New York and New Jersey. Cusick’s story competed with entries from 13 regions nationwide. The national awards will be presented in October at the RTDNA Awards Dinner in New York. RTDNA is the world’s largest professional organization devoted exclusively to electronic journalism. 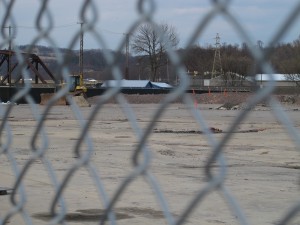 The mysterious pile of dirt, which covered about an acre of a former industrial site in the city of Sunbury. It was in a floodplain next to the Susquehanna River and a residential neighborhood.

“WITF is honored by the continued national recognition earned by our talented reporting staff. While this is the organization’s 10th national Murrows in seven years, it is no doubt just the first of Marie Cusick’s Murrow awards!” WITF‘s President and CEO Kathleen Pavelko said

Cusick joined WITF in February, 2013, from Albany, New York, where she worked as a multimedia reporter for WMHT. Her work was broadcast by public stations across New York as part of the Innovation Trail— a reporting collaborative among six stations. She was born and raised in Lancaster and has previously worked as a reporter and anchor for television stations in Lancaster and Casper, Wyoming. Marie holds a degree in political science and French from Lebanon Valley College.

“It’s a tremendous accomplishment for Marie and highlights the valuable work she provides to listeners across the state every day. I’m extremely proud of her,” WITF‘s Multimedia News Director Tim Lambert said. “As the media landscape continues to shift, we do our best to provide the region with the best public service possible. We have a very high standard in this newsroom and we work to meet it every day.”

The award marks the third national honor for StateImpact Pennsylvania in the last two years. The collaborative journalism project earned a RTDNA National Murrow for